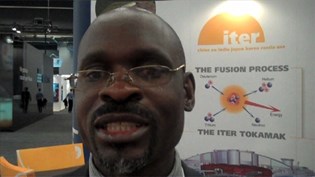 Oil reserves are expected to last for the next 80 years ... at the current rate of production. But what if the energy demand increases, as predicted, by 40 percent over the next 20 years? How to keep up with the increasing hunger for energy? A hunger which means that India alone will require an additional 20,000 MW per year to meet its demand?


From 12-16 September, more than 2,100 delegates from all around the world participated in the 21st World Energy Congress (WEC) at the Palais de Congrès in Montreal, Canada, in order to discuss solutions for the obvious discrepancy. The options range from natural gas—"a revolution is on its way" according to Peter Voser, CEO of Royal Dutch Shell—to shale gas, to oil sands, and gas-to-liquid technology.


The price of oil and thus its place in the energy portfolio will depend entirely on developments in China, said Fatih Birol, Chief Economist of the International Energy Agency (IEA). "China's energy policy will determine the future of oil prices." Ten years ago, China consumed the equivalent of half the US consumption, Birol pointed out. "Today both are equal. This is unprecedented growth. Whatever energy policy China, with its 1.3 billion people, follows will have a crucial impact on the global development."


For the first time in the history of the World Energy Congress, fusion energy entered the debate. With the provocative title "Fusion—will it ever be a reliable and competitive source of energy?" Sir Chris Llewellyn Smith, former Chair of the ITER Council, introduced fusion to the world energy stage.


"We must pursue this option as soon as possible," Llewellyn Smith pledged, "the potential is enormous." Quoting the famous physicist Stephen Hawking who had called for the need to put more money into fusion research in an interview with The Guardian just a few days before , Llewellyn Smith urged for an Apollo-style approach to fusion. "We should start building the demonstration reactor DEMO in parallel to ITER. There is nothing like learning by building," he stressed. "Get on with it and show the world that we can produce energy."


Asked about his view on the role of fusion in the future energy mix, the IEA's Chief Economist Fatih Birol answered that he did not expect fusion to be there in the near future, "but we do look into fusion as a possible long-term option."

Many more videos are available on the ITER video page...
return to the latest published articles