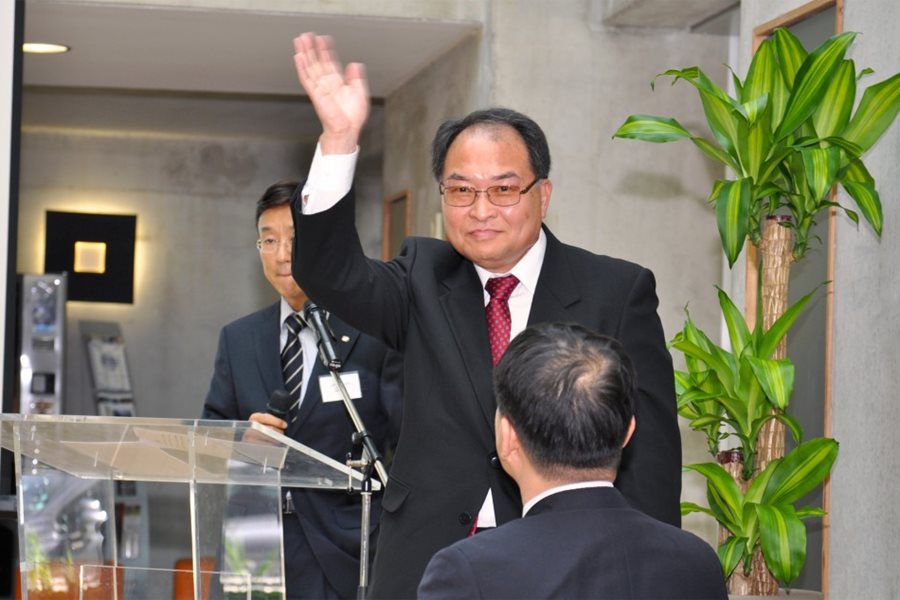 The wording on the plaque unveiled last Friday in Aix-en-Provence says it all: welcome to the "France/ITER Organization Representative Office" of KEPCO E&C, a subsidiary of Korea's giant electricity utility KEPCO. The many ITER procurement contracts awarded to KEPCO E&C (representing approximately EUR 36 million) explain the company's decision to open an office here, at the heart of a science and technology park forty-five minutes from the ITER site. 'We are here because of ITER,' explains KEPCO E&C's President and CEO Koo-Woun Park. 'But beyond our commitment to ITER, we will extend our ability to explore the promising markets of Europe, especially those of Eastern Europe...' Being close to ITER will make communication much easier and efficient. 'We're here to help in the success of ITER and it's always better to communicate face-to-face,' adds Koo-Woun Park, who came especially from Korea to inaugurate the small office in Aix-en-Provence. The two-person office—the first established by KEPCO E&C in Europe—will be managed by General Manager Jun Hyung Lee assisted by one secretary only. 'It's a small beginning but, symbolically, an important one,' he said. He sees the office as a communication channel not only with ITER, but "with the whole energy establishment in Europe". ITER Director-General Osamu Motojima, who attended the inauguration ceremony along with ITER directors Carlos Alejaldre, Sergio Orlandi and Joo-Shik Bak, stressed the strong significance of the event for both ITER and for the surrounding region. 'Your presence in Provence,' he said, 'is proof that ITER and its industrial partners now play an important role in the region's economic development—both directly and indirectly.' The company's installation in Aix-en-Provence was facilitated by the Welcome Office for International Companies (WOIC), the agency that works in close collaboration with the ITER Organization to provide support to foreign firms wishing to establish themselves close to the project. 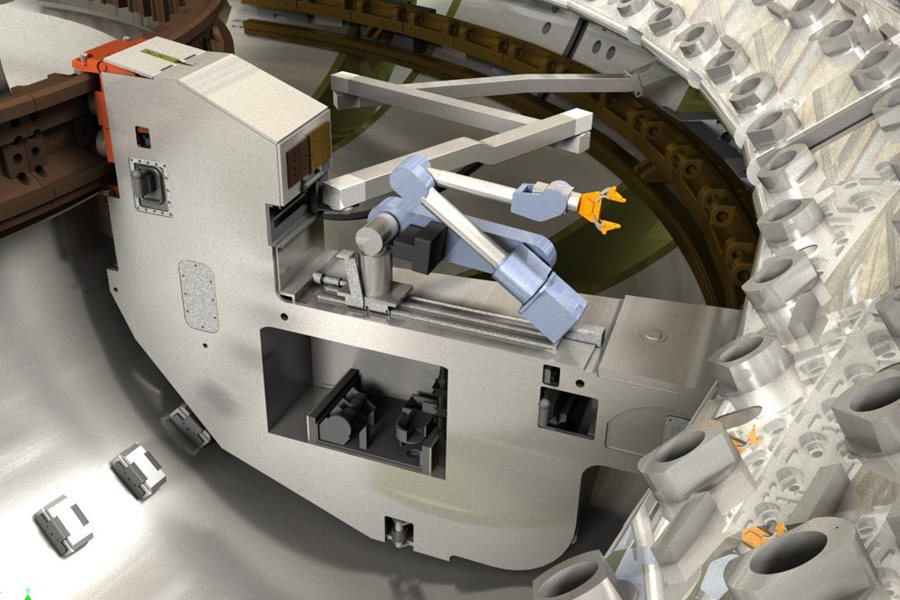 The long concept preparation phase for ITER's high-tech divertor remote handling system has come to an end and industry is about to take over, thanks to a seven-year, multimillion-euro contact signed between the European Domestic Agency for ITER and Assystem, a leading consultancy firm in engineering and innovation. Assystem and its partners will have the responsibility for the design, manufacture, delivery, installation, commissioning and final acceptance tests of the remote handling systems that will be charged with the remote replacement of ITER's 54 divertor cassettes. Running toroidally along the bottom of the vacuum vessel the ITER divertor acts as the Tokamak's exhaust system, extracting helium ash from the burning plasma. Due to the tremendous heat loads and magnetic forces that divertor components will face, replacement is planned three times over the course of the machine's lifetime. The equipment of the Divertor Remote Handling System will allow for the safe and reliable positioning, as well as extraction, of the 54 removable cassettes. Due to severe space constraints in that part of the vacuum vessel, the remote handling system will have to manoeuvre its heavy loads with extreme precision—respecting positioning tolerances of only a few millimetres at certain points along the transport trajectory. The ITER team and a number of European institutions have been working on the development of the ITER divertor maintenance concept for more than 15 years. Some of the most challenging steps within the process have been demonstrated at full scale, first within the Divertor Test Platform (DTP) constructed in Brasimone, Italy, and more recently within the DTP2 (Divertor Test Platform 2) located in Tampere, Finland (see video, below). 'This is a very important milestone for the ITER Divertor Remote Handling System,' says Jim Palmer, of ITER's Remote Handling Section. 'It has been a long road of design, R&D and prototyping to reach this point, and now we are really looking forward to getting down to the detailed design.' Assystem leads a team of well-known experts in the remote handling field, comprising the Culham Centre for Fusion Energy, CCFE (UK); Soil Machine Dynamics Ltd, SMD (UK); VTT Technical Research Centre (Finland); and Tampere University of Technology, TUT (Finland). Read the original story on the European Domestic Agency website. Watch a video on ITER divertor remote handling here. 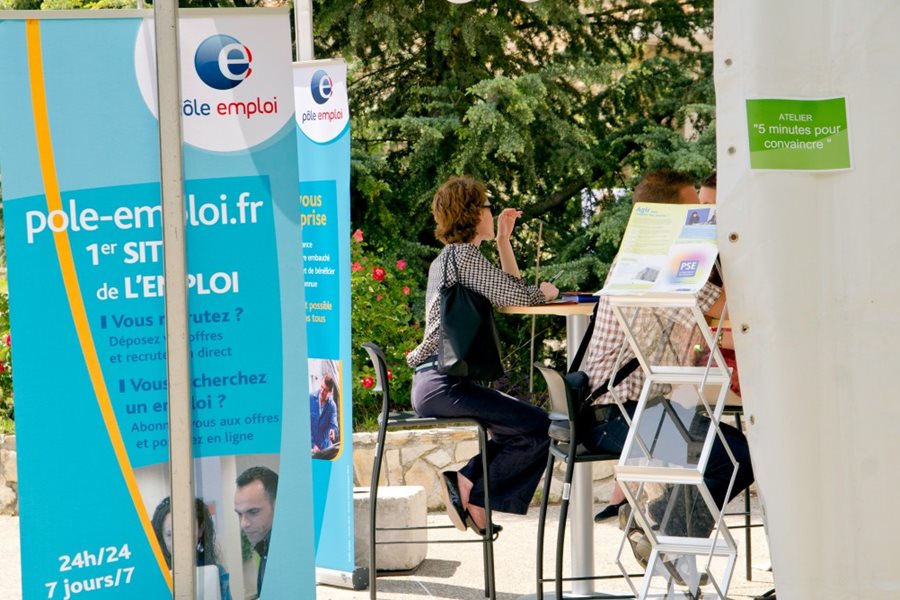 More than 850 job seekers, invited by the French national employment agency Pôle Emploi, gathered in the Château de Cadarache last Monday 2 June for the second 'Energy for Employment' job fair. As ITER construction is progressing, contractors on the ITER site are recruiting in many fields, from engineering profiles to construction workers. 'Construction will really start picking up speed this summer with close to 2,000 workers expected on site towards the end of the year and up to 4,000 in 2017,' says Michel Claessens, ITER head of Communication. 'French companies have been awarded contracts for a total value of EUR 2 billion, two-thirds of which have gone to companies in the PACA region (Provence-Alpes-Côte d'Azur).' The aim of this jobs event, an initiative of the neighbouring municipalities in collaboration with Pôle Emploi, was to bring together these companies and selected jobseekers to facilitate and support local recruitment. With 36 participating companies offering more than 300 jobs, the goal was very largely attained. Each company brought a recruiter and the long queues forming in front of each recruitment desk confirmed the interest of the job candidates, but also of the companies themselves. A total of more than 1,500 on-the-spot interviews were conducted with more follow-up interviews in the pipeline. 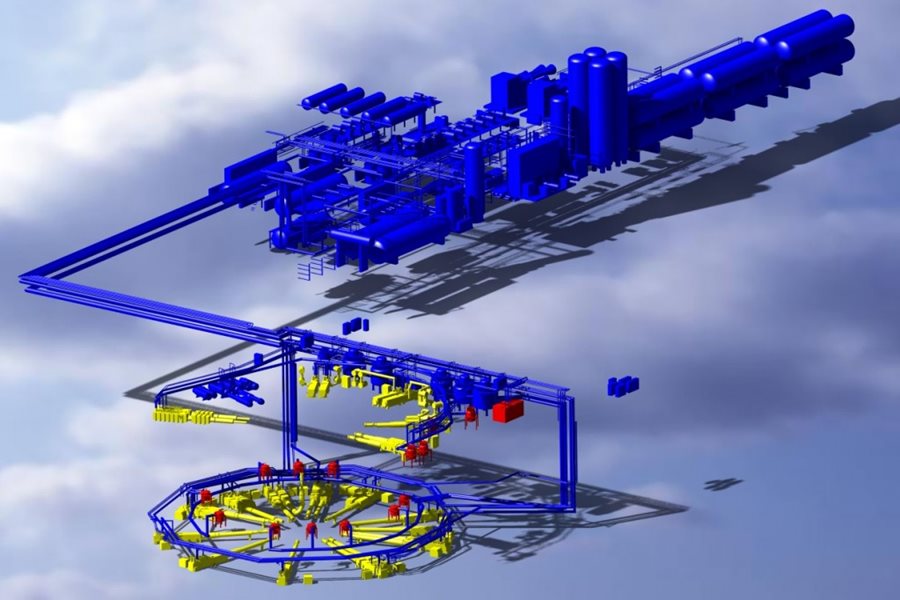 A major technological deal has been reached between the European Domestic Agency (Fusion for Energy) and Air Liquide for the engineering, procurement, installation and testing of the world's largest cryoplant and auxiliary systems. The ITER cryoplant will produce and distribute cooling power at three levels (4 K, 50K and 80K) through a complex system of cryolines to the superconducting magnets as well as the ITER cryopumps and thermal shields. In 2012, Air Liquide had been awarded the ITER Organization contract for three identical liquid helium (LHe) plants. This most recent contract, worth EUR 65 million, covers the supply of complementary equipment including two nitrogen refrigerators to cool ITER's liquid helium plant and the 80K helium loop boxes, quench tanks, heaters and dryers with nitrogen in liquid or gaseous form, and a purification system. In a video interview produced by Fusion for Energy, the CEO of Air Liquide Advanced Technologies, Xavier Vigor, says he expects that his company will benefit from the knowledge acquired during the execution of the ITER contracts and that it will increase its competitiveness in two expanding markets important for the future: helium and hydrogen production and transport. 'For ITER, we will design and manufacture the biggest cryogenic helium plant in the world—three times bigger than the last [record-holding] plant we manufactured that was already the largest in the world. We will expand our competencies in the cryogenic field and we hope to be able to re-use these competencies and human resources for future projects.' Fusion for Energy Director Henrik Bindslev concurs: 'Thanks to ITER, the frontiers of science and technology are pushed further and Europe's industry is becoming more competitive. To be part of the biggest international energy project means being confident enough to put your expertise to the test and brave enough to take it a step further.' Read the original article/watch the video on the Fusion for Energy website. 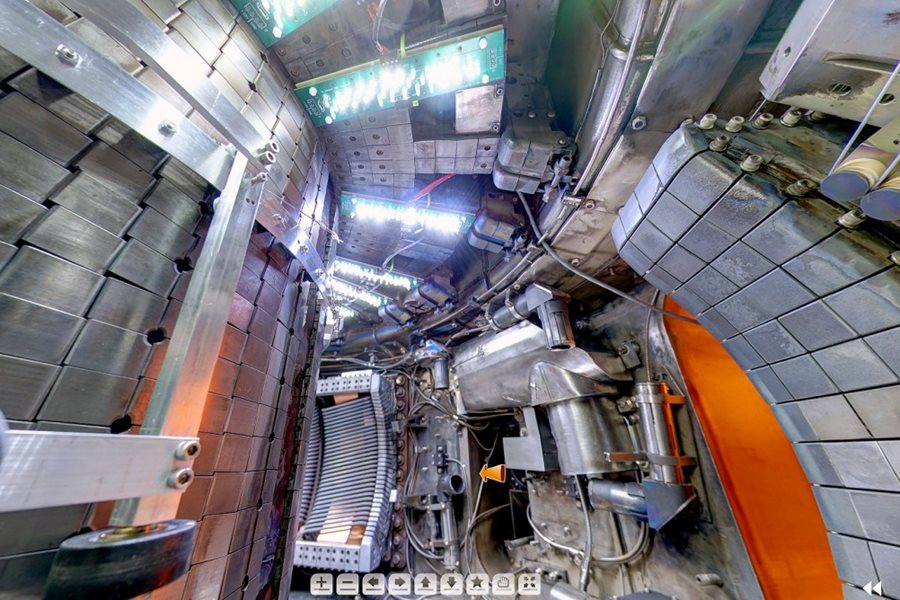 Opportunities to tour the inside of a tokamak are not very frequent. In order to share this unique experience, Robert T. Mumgaard, a grad student at MIT's Plasma Science and Fusion Center (PSFC), and Chris Bolin, of Bolin Photography in Cambridge, Massachusetts (US) teamed up to develop a technique that delivers a spectacular virtual tour of the interior of Alcator C-Mod, presently the largest fusion reactor operated by a university. At the end of 2013, as the machine was open for maintenance, they acquired some 1,600 high resolution pictures of the vacuum vessel that they later stitched together to form 360x180-degree projections (photography buffs will find detailed explanations in this document.) Embarking on Mumgaard and Bolin's virtual tour of Alcator C-Mod is the next best thing to actually walking inside a tokamak—you can check for yourself on PSFC's website.

CAMBRIDGE — Senator Elizabeth Warren placed her hand atop a large red button and pressed firmly, restarting a nuclear experiment that MIT believes could help save the planet — but which the Obama administration considered superfluous and tried to kill year after year. More than 100 scientists, engineers, and technicians — most of whom had, until recently, been under layoff notices — had gathered on campus that cold February day, their eyes glued to the three projection screens hanging from the front of the control room. Then as superhot plasma inside the fusion reactor next door reached its metal walls, a flash of light appeared on one of the screens. The grand energy experiment had throbbed back to life. Read more on the Boston Globe website.

Selecting material and technology for the port plug gaskets

​On the way to designing and constructing the ITER Port Plug Test Facility, the ongoing gasket test campaign at the Russian company Cryogenmash marks an important milestone. Click here to view the video produced by ITER Russia.

Register now for the J-PARC Science Symposium in Japan

The 2nd International Symposium on Science at J-PARC will be held from 12 to 15 July 2014 in Tsukuba (Ibaraki) Japan. Hosted by the J-PARC Center (High Energy Accelerator Research Organization, KEK, and the Japan Atomic Energy Agency, JAEA), the symposium will cover the wide range of science programs at J-PARC including accelerator physics, particle and nuclear physics, and materials and life sciences. ​Early bird registration is open through 16 June on the J-PARC 2014 website.