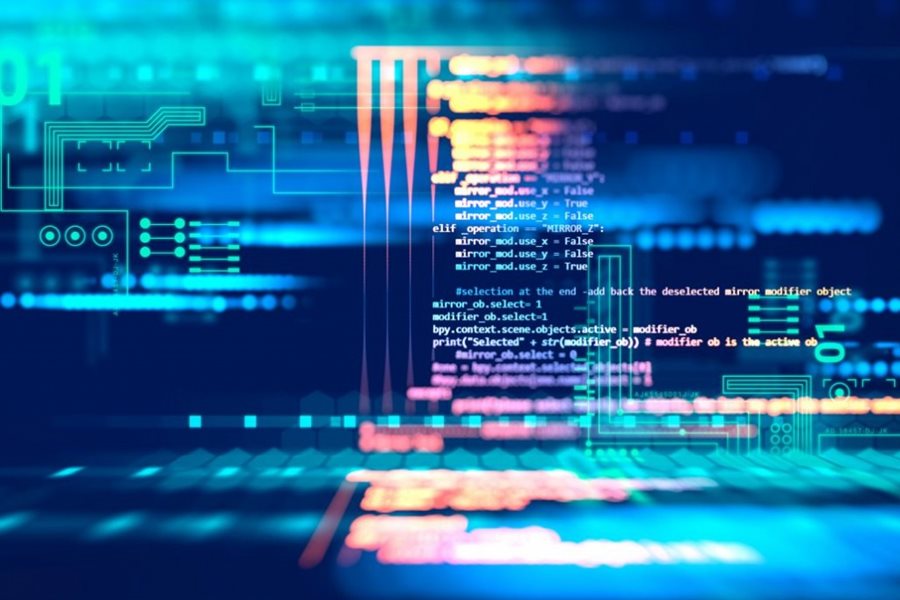 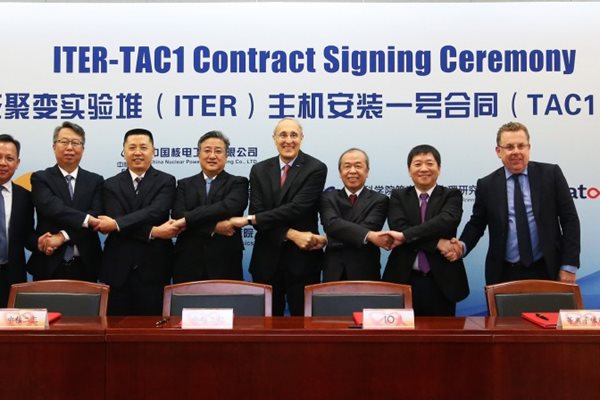 Two international consortia have been selected to carry out the thousands of complex lifting, positioning, joining, and inspection activities behind the assembly, over the next five years, of the ITER core machine. Following competitive global tender campaigns managed by ITER's Procurement & Contracts Division, two contracts for Tokamak machine assembly—TAC1 and TAC2—have been awarded and signed. Each contract covers well-defined and distinct machine assembly scope, purposefully minimizing the interfaces between providers. (Two contracts, instead of one, were decided by the ITER Organization in the interest of preserving peer competition and protecting the project from contractor default.) Common to both contracts is the broad range of experience and skills that is demanded in order to handle, install, and align large, heavy, sensitive, and high-value components (such as superconducting magnet structures) to within accuracies of millimetres; to carry out the precise fit-up for weldments and mechanical connections; and to ensure 100 percent leak-tightness for all vacuum components and connections. The TAC1 assembly contract—covering the cryostat and cryostat thermal shield; magnet feeders; the central solenoid, poloidal field and correction coil magnets; and cooling structures and instrumentation—has been awarded to the CNPE Consortium (China Nuclear Power Engineering; China Nuclear Industry 23 Construction Company Ltd.; Southwestern Institute of Physics; Institute of Plasma Physics, Chinese Academy of Sciences ASIPP; and Framatome). The TAC2 assembly contract—covering the main vessel and ports, sector sub-assembly with toroidal field coils and vacuum vessel thermal shielding, and welding—has been awarded to the DYNAMIC SNC consortium (Ansaldo Nucleare; Endel Engie; Orys Group ORTEC; SIMIC; Ansaldo Energia; and Leading Metal Mechanic Solutions SL). The ITER Director-General, Bernard Bigot, signed the TAC1 contract today, Monday 30 September, in Beijing, China (see photo). TAC2 was signed on 29 July at ITER Headquarters by the Director-General and Francesco Maestri (CEO of Ansaldo Nucleare) from the DYNAMIC SNC consortium. 'These are major contracts for the ITER Organization,' according to Bernard Bigot. 'We have carefully prepared more than 1,200 engineering work packages for the mechanical installation of the ITER machine components and planned the assembly sequences; we are pleased we have found highly qualified and motivated partners for the execution of the work. We look forward to collaborating with world-renowned industry specialists for the on-time and to-specification assembly of one of the world's most challenging, promising and important scientific instruments.' Each contract is broken into phases, with detailed works assigned progressively to the contractors through ITER Organization work packages. The execution of assembly works will take place under the day-to-day management of ITER's Construction Management-as-Agent, MOMENTUM. An initial preparatory period, underway now, is dedicated to ensuring a common and thorough understanding of the technical and management requirements and constraints, the roles of different project actors, and the physical workspaces. The consortia are developing their on-site organization and teams, and creating detailed implementation processes and procedures. 'The competence and experience of the TAC contractors, and the ability, experience, and training of their engineering and construction teams will have a direct influence on the quality of work, the schedule, and ultimately the performance of the ITER machine,' stresses Christophe Dorschner, head of the Procurement & Contracts Division. 'The high quality of the interactions so far sends a strong positive signal about our expectations for performance over the coming years. Moreover, the international nature of the groups selected reflects the multinational collaboration that is at the core of the ITER Project.' Follow these links to read press releases from the CNPE (in Chinese) and DYNAMIC (in English and Italian) consortia. 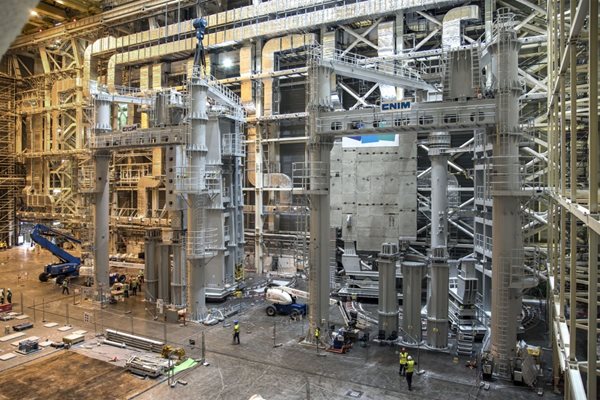 In the ITER Assembly Hall, two giant sector sub-assembly tools (SSAT) provided by Korea are tasked with preassembling some of the most massive components of the Tokamak. Over the past two months, functional tests under load were performed and completed on the first of the tools. With the transfer last week of the loads to tool #2, the same operations are about to be repeated. The SSAT tools will support 440-tonne sectors of the vacuum vessel in their centre as they are pre-assembled with two D-shaped toroidal field coils and thermal shield panels. In order to test the full range of the tool's functions, two 360-tonne dummy loads—representative of the weight, general shape and centre of gravity of a toroidal field coil—are lifted onto the tools' lateral structures, and positioned and aligned with utmost precision. The second 360-tonne load was transferred last Thursday 26 September to SSAT#2. The tool's particular configuration made the operation a delicate one: the temporary wall that separates the Assembly Hall from the Tokamak Building constrains the tool on its right side and prevents the full opening of the lateral wing. Because of this configuration, and also because the load had to be moved from one tool to the other, the lifting clearance was exceptionally tight—no more than 20 centimetres on each side of the test load structure. With approximately two dozen specialists involved and a large logistical team in the background, the operation, condensed here in a time-lapse video, took the better part of the day. With its frame now bearing the weight of two dummy loads, the second tool will be submitted to approximately one month of functional tests. Shortly before Christmas the loads will be removed and stored pending the assembly of the 'upending tool,' whose parts should arrive at ITER in October. Early next year, the upending tool should be ready for functional tests with the same dummy loads. Once 'upending' tests are complete, the two 360-tonne loads will have one final service to render—the testing of the Assembly Hall's double overhead crane once the crane hall over the Tokamak Building is completed and the crane rails are extended over the Tokamak pit. 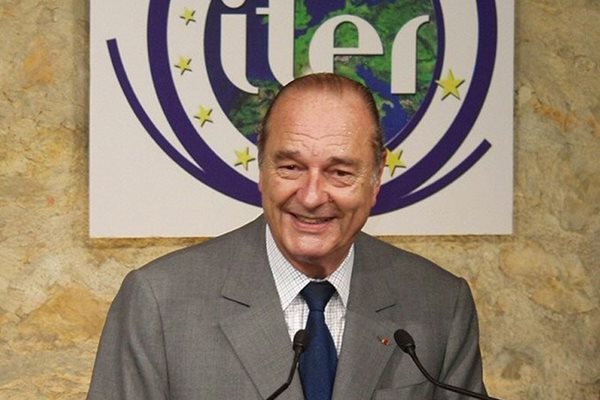 ITER will remember former French President Jacques Chirac, who passed away on Thursday 26 September, as someone deeply involved in the ITER Project—the statesman who helped finalize the negotiations in June 2005 on the siting of the ITER installation and who hosted the signature of the ITER Agreement at the Elysée Palace in November of the following year. In 2005, President Chirac was three years into his second mandate and site negotiations between the ITER Members had been ongoing for close to 18 months: Europe proposed to host ITER in Cadarache, France, and Japan proposed Rokkasho-Mura in Aomori Prefecture, at the northern tip of the country's main island Honshū. It was the common understanding among ITER Members that the final decision would be a unanimous one and that there would be no 'winner' or 'loser' in the outcome. Unanimity, however, proved difficult to obtain. Among European decision makers, Jacques Chirac had a distinctive quality. He was, as a French daily wrote in his obituary, 'a Japanese in his heart and soul.' His passion for Japanese civilization, art forms, values, social and economic organization, and sumo wrestling, was a constant throughout his adult life. He was a frequent visitor to Japan and had many friends there. When he flew to Japan for a three-day official visit in March 2005—the 45th in his long public career—the ITER files were in his suitcase. Nothing ever filtered from his conversations with Prime Minister Koizumi. But gradually things changed. Proposals were made, discussed and eventually accepted. Europe would establish a special collaboration with Japan—the 'Broader Approach'—that both included and went beyond ITER; the commitments and benefits of 'Host' and 'Non-Host Member' were redefined in a 'win-win' approach. On 28 June 2005 in Moscow, the ITER Members reached the long-awaited unanimous decision: the ITER installation would be hosted on the site that Europe had officially proposed two years earlier. Two days after the Members' decision, the French President was in Cadarache—very short notice for those in charge of organizing his visit. To those who had been involved for years in ITER, he stressed the importance of the project 'for the future of the planet' and the unique nature of the international collaboration that would turn it into reality. A twenty-year long process, initiated at the Reagan-Gorbachev Summit in 1985, was coming to an end and a formidable adventure was beginning: the implementation of the world's largest international scientific collaboration, whose aim is to open the way to a new, safe, clean and inexhaustible source of energy. In November 2006, under the gilded ceilings of the Elysée Palace, President Chirac presided over the signature of the ITER Agreement in the presence of high representatives of the seven ITER Members and praised the "unprecedented association of seven major partners [...] extending their hand to the future generations in the name of solidarity and responsibility."

Outreach | Researchers come out at midnight 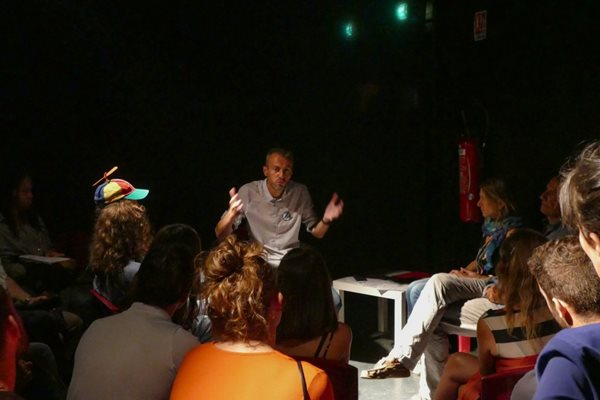 Once a year, after night has fallen, 22,000 researchers from 28 European countries quit their laboratories to showcase the diversity of science and highlight the impact of research on our daily lives. A wide variety of science is always on display. This year, 3D food printing in Cork (Ireland), a robot show in Sibiu (Romania), virtual reality in Tampere (Finland), or fusion in Marseille were just a few of the multitude of projects proposed to 1.5 million visitors of all ages. On Friday 27 September, for the fourth time in Marseille, 100 French researchers gathered at the concert venue 'Dock des Suds.' In the total dark, 1,000+ visitors were invited to step into a huge discovery space that included a cinema, games, a 'speed search' space for interacting directly with researchers, and a 'capsule' where time had stopped in 2049. Greg de Temmerman was invited to spread the word about fusion in The Objects Lab. Three clues were exposed; from these the public had to conduct an investigation to discover Greg's daily job as a plasma physicist. Close to midnight, the mystery was solved in a public conference, as the main principles of fusion, the role of a tokamak, and ITER were revealed. European Researchers' Night is a program funded by the European Commission with the aim of engaging the public in celebrating the latest and most innovative research at local and international levels. 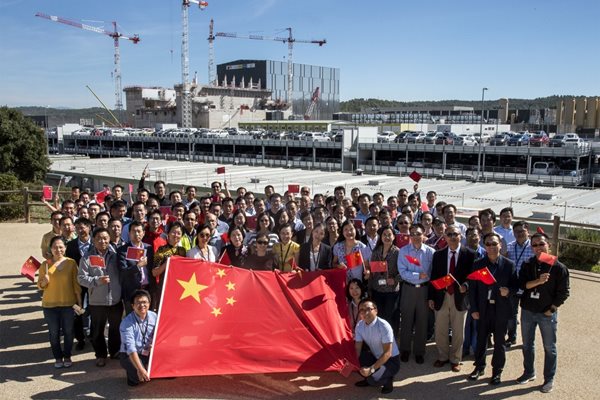 On Monday 30 September, as the People's Republic of China was celebrating it 70th anniversary, Chinese ITER staff members, now totalling more than one hundred people, gathered in front of the worksite for a commemorative photo.

Smarter, bigger, faster, safer: how welding technology is meeting the challenges of the twenty-first century

The first in Russia Nature conference: 'Advances and Applications in Plasma Physics'