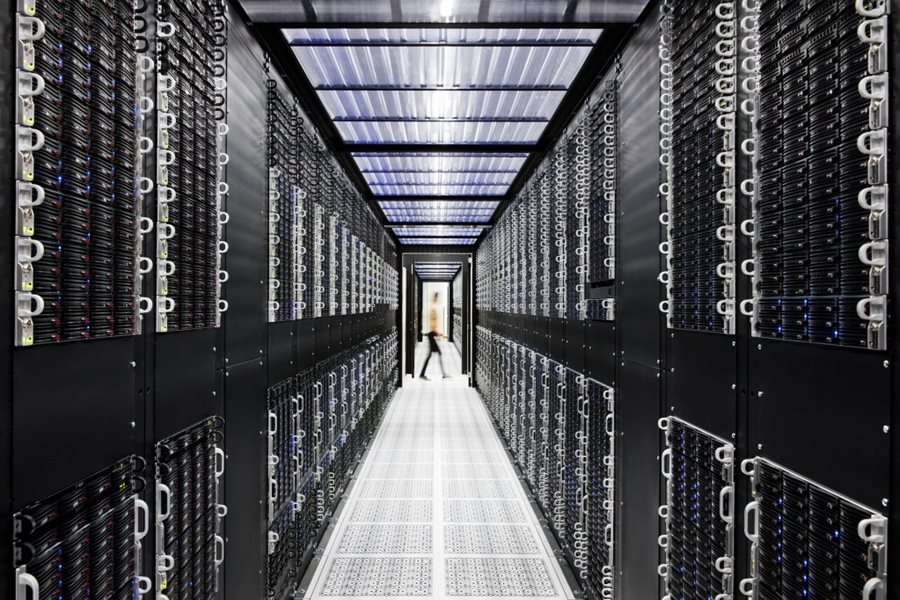 In the oversized world of ITER, the 11-metre-tall vacuum vessel thermal shield panels are lightweight components. At approximately 10 tonnes, they cannot compare with a vacuum vessel sector or a coil, which tip the scale at several hundred tonnes. Lighter, however, does not mean easier to install. On the contrary—light and tall means relatively flexible and likely to incur deformations if not handled properly. Maintaining the component's nominal shape throughout the installation sequence requires an exceptionally sturdy frame, a dozen attachment points and ultra-precise metrology. The vacuum vessel thermal shield is like a shell that encloses the vacuum vessel and protects the magnetic system from thermal radiation. At the pre-assembly stage, each vacuum vessel sector will be fitted with the three panels of thermal shield: two outboard (left and right) and one inboard. On Wednesday 25 November, the trial lifting of one outboard panel, followed by its upending and installation inside one of the sector sub-assembly tools (SSAT) was successfully performed. For the giant tool, it represented the first 'embrace' of an actual machine component. Positioning the outboard panel inside its 30-tonne frame and precisely adjusting the clamps to 13 attachment points to keep the component from deviating from its nominal shape had required a full week's work. Moving it from one end of the Assembly Hall to the tool at the other took another 12 hours. By the end of December, the component will have company. In a similar sequence, the second (left hand) outboard panel will be installed on the opposite 'wing' of the tool, where it will remain for about a month. The outboard right-hand panel will then be removed and replaced by the inboard component. Holding one of each type of panel in its arms, the SSAT will be ready to perform the first pre-assembly sequence—the rotation of the inboard section into place. This will be the initial act of the first vacuum vessel sector pre-assembly operation. In addition to the thermal shield panels, two toroidal field coils will be rotated and attached to vacuum vessel sector #6. The operation, one of the most delicate and challenging of the whole ITER assembly, will need to be repeated nine times to form the doughnut-shaped fusion chamber surrounded by 18 toroidal field coils. The elements for the first 1,200-tonne pre-assembly are now all on hand: the thermal shield panels began arriving in the fall of 2019, vacuum vessel sector #6 was delivered by Korea on 7 August, and toroidal field coils #12 and #13 arrived on site on 25 April and 3 July respectively. Click here to view a time-lapse video of the operation. 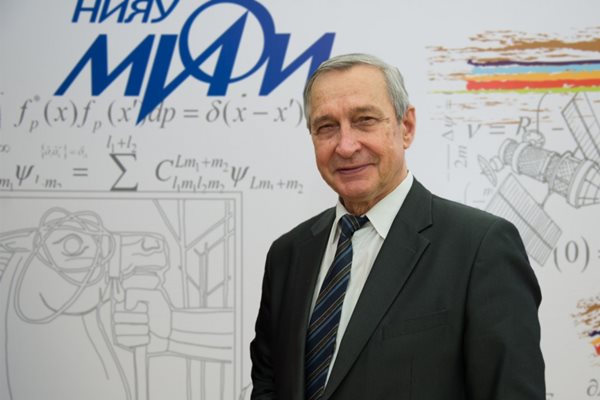 It is with great sadness that the ITER Organization has learned of the loss of Professor Valery Aleksandrovich Kurnaev, Director of the Moscow National Research Nuclear University (MEPhI) Department of Plasma Physics. He passed away in hospital on 23 November 2020, another casualty of the terrible pandemic that has tragically claimed so many lives across the world over the past year.   Professor Kurnaev was born on 21 December 1942, graduating in 1966 from the Moscow Engineering and Physics Institute, as MEPhI was then known.  He subsequently devoted his entire life and career to the University. Defending his 'Kandidat nauk' (Candidate of Sciences, the equivalent of a PhD) in 1975, and the 'Doctor nauk' (literally 'Doctor of Sciences,' equivalent to the Habilitation in many European countries) in 1992, he was awarded the title of Professor in 1995. Since 1990, Valery Aleksandrovich has been at the helm of MEPhI's Plasma Physics Department, making it one of Russia's leading centres for R&D in plasma science and for the training of highly qualified specialists in the field of controlled thermonuclear fusion. Valery Aleksandrovich was also highly regarded at state level and was awarded the status of Honoured Worker of both Russian Higher Professional Education and Nuclear Science and Industry.   Beginning his career with pioneering studies of the scattering of light ions (hydrogen and helium), including unique experiments with low energy and molecular ions typical of those found in the cool tokamak plasma boundary region, Professor Kurnaev worked for more than 50 years on problems of controlled fusion. A particular focus of his research, and of his Plasma Physics Department, is in the broad area of plasma-surface interaction, so critical to the success of magnetic fusion. Many of the scientists and engineers trained in the department may now be found throughout the fusion community and in the ITER Organization itself.   Passionately devoted to the education of young scientists, Professor. Kurnaev developed a number of fusion-related lecture courses during his tenure and authored many books, both physics texts and popular science accounts. More than 20 PhD and 70 Masters students earned their degrees under his supervision. His most recent project, now to be carried forward by his colleagues, is the construction of a small spherical tokamak, MEPHIST, intended as a platform for student education and testing of plasma-facing component concepts and novel plasma-surface interaction diagnostics.    Remarkably, despite some health problems prior to contracting Covid-19, and being far beyond what many would consider a reasonable retirement age, Valery remained to the end as active, enthusiastic and committed to his department as from the first day his leadership began 30 years ago. He was a wonderfully compassionate man, always ready to assist colleagues and students finding themselves in difficult situations. His warmth and infectious enthusiasm for his institute and for plasma physics will be remembered and cherished by all who were fortunate enough to have their lives touched by him throughout his long and successful career.   Link to MEPhI: https://eng.mephi.ru/ 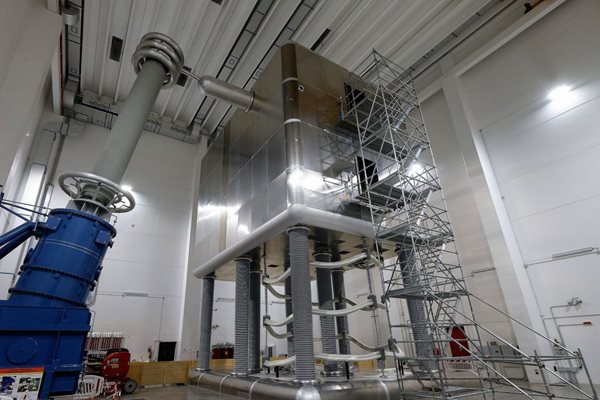 In October, power supply components procured by Japan and Europe for ITER's neutral beam injector prototype were tested together for the first time. Due pandemic-related travel restrictions, the tests were conducted under a novel protocol that mixed on-site presence and remote connection.   The first integrated tests on MITICA's* 1MV power supply system were carried out successfully, despite travel limitations due to the pandemic. A new organization model for integrated testing was proposed by the Japanese Domestic Agency and agreed to by the ITER Organization and Consorzio RFX before the tests were carried out in October.   Usually, such critical tests would require the presence on site of the entire research team as well as supplier and Domestic Agency representatives. With travel impossible for Japanese partners, the Neutral Beam Test Facility team modelled procedures to work around this constraint while still guaranteeing that all operation and contractual responsibilities could be respected.   As agreed in this novel protocol, the Japanese Domestic Agency recruited a supervisor in Italy who could be its on-site representative during the integrated tests. 'The supervisor communicated in real time with an instructor present in a control room at the Japanese Domestic Agency, QST, who in turn was in communication with other QST experts and Hitachi, the company that manufactured the systems,' explains Vanni Toigo, the Neutral Beam Test Facility Project Leader. The teams in Japan evaluated the results and instructed the supervisor in his communication with staff at the Neutral Beam Test Facility and other experts present on behalf of QST.   Mieko Kashiwagi, neutral beam group leader for the Japanese Domestic Agency, calls it 'in-out return intercontinental' data input. 'The on-site supervisor provided his Japanese colleagues with real-time data during testing to allow the shared monitoring of plant performance and integration capability, and at the same time collected feedback.'   The first integrated tests—which integrated two parts of the throttle power system (static conversion provided by Europe and high voltage components provided by Japan)—were successfully carried out at 50 kV. The next step, in the next weeks, is testing at 1MV.   *At the ITER Neutral Beam Test Facility in Italy (hosted by Consorzio RFX), the MITICA experiment is a full-scale prototype of the ITER heating neutral beam injector, with a deuterium beam of 1 MeV and 16.5 MW of power. (MITICA stands for Megavolt ITER Injector and Concept Advancement.) Learn more here.

Image of the week | Europe's coil #5 unloaded at Fos harbour 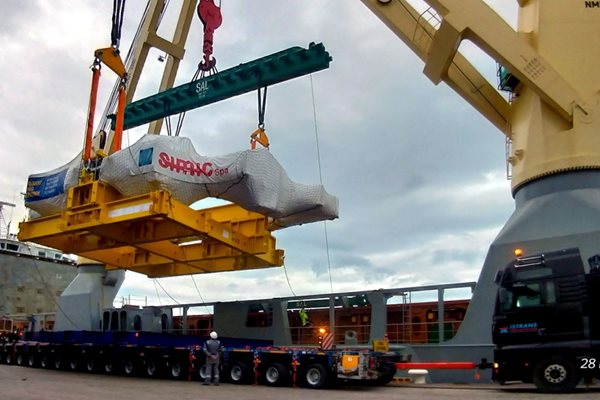 Of the eighteen D-shaped toroidal field coils (plus one spare) that are needed for the ITER Tokamak, four (two from Europe and two from Japan) have already been delivered to ITER. A fifth coil from Europe (TF5), which had sailed from Porto Marghera, Italy, on 23 November, reached Marseille industrial port Fos-sur-Mer four days later. It was loaded onto the self-propelled modular transporter that will deliver it to ITER, where the component is expected in the early hours of 18 December.

Researchers at the Centre for Energy Research, Hungary, will test key elements of the ITER disruption mitigation system in a dedicated support laboratory. The technology group, led by Uron Kruezi, of the ITER Disruption Mitigation Task Force has awarded a multi-year contract to the Centre for Energy Research (EK), together with several Hungarian companies, for the development of a laboratory to test key components of ITER's disruption mitigation system (DMS). The DMS will use a technique called shattered pellet injection that creates small ice fragments by shattering a single large cryogenic pellet of hydrogen and neon. These fragments will then enter the plasma to protect the in-vessel components from the large heat fluxes generated during disruptions. One of the lab's first tasks will be to study the pellet fragmentation process, and to design a pellet shattering unit that produces those fragment sizes that are most effective in mitigating disruptions. The studies carried out under this contract are part of a wider technology program that ITER carries out with its partners. This program addresses for example the optimization of the pellet formation process, the development of an optical pellet diagnostic to measure pellet velocity and integrity, as well as technology development for accelerating the pellet towards the plasma. Click here to see the press release issued by the Centre for Energy Research on the contract award. --Conceptual design of the test stand to study the pellet shattering process.

The 2021 ITER Business Forum (IBF/21), originally planned in Marseille, France, from 6 to 8 April 2021, has been postponed to April 2022 due to the Covid-19 pandemic. The ITER Organization will be organizing a smaller-scale remote event called the "Remote ITER Business Meeting" in April 2021.   During the two-day remote meeting on 7 and 8 April 2021, experts from the ITER Organization will be presenting specific information about contracts and procurement needs for the next years. They will be also available for one-to-one meetings with industry representatives.The conference is free of charge but advance registration is required. Registrations will open in early January 2021 at this address.

Energia: fusione, i primi supercavi made in Italy arrivano a ITER