Portfolio | It's happening in the pit 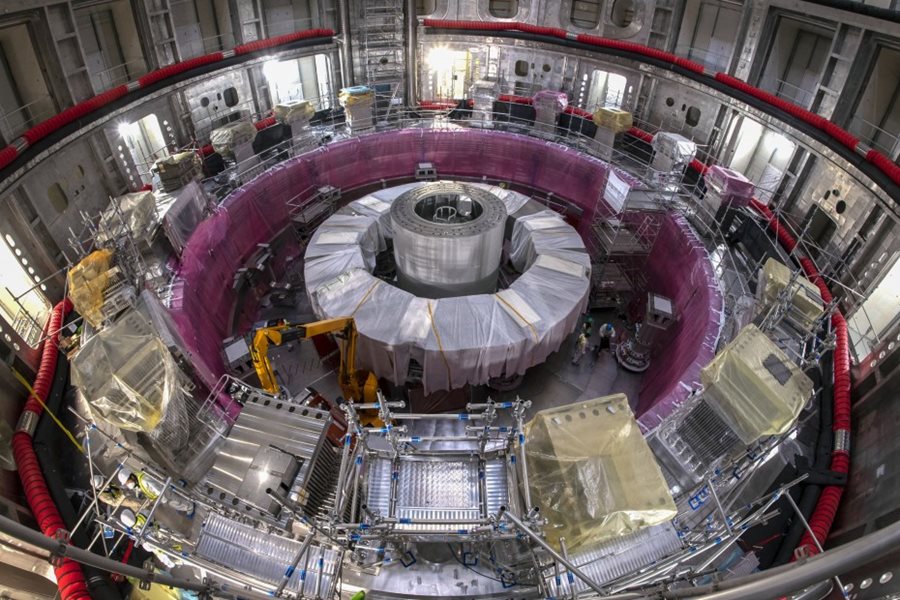 There has always been something breathtaking about the vast cylindrical volume that will accommodate the ITER Tokamak. When it was empty, it felt like a high-tech rendition of a Roman amphitheatre, complete with stands and terraces, and boxes for the happy few. As the 14,000-cubic-metre volume progressively fills with components and equipment, it now eludes comparison: nothing in the world remotely resembles what we call the 'assembly pit.' One year after the installation of the cryostat base, on 26 May 2020, there is nothing to remind us of the Roman amphitheatre. Stainless steel now lines the arena floor and lower half of the cylinder, the first-row seats are crowded with a circular arrangement of sturdy pedestal-like structures, and centre stage is almost fully occupied by components arranged in concentric circles. For the occasional visitor, the feeling is one of strangeness, of a failure to grasp the function of all these elements and how they relate to one another. For the denizens of the ITER world, it all makes sense. What they see are the first steps of a prodigious undertaking: the assembly, from the bottom up, of the most complex machine ever designed. First came the base section of the cryostat. The shape of a deep soup plate, it forms the bottom of the giant thermos that encloses the machine and provides thermal insulation to the superconducting magnets cooled to cryogenic temperature. With the subsequent installation of the 12-metre-tall lower cylinder, the cryostat now reaches halfway up the walls of the assembly pit. The thermos will be complete when the upper cylinder, presently in storage, and the top lid are installed at later stages of the assembly sequence. The vacuum inside the cryostat is not sufficient to protect the machine's magnetic system, which operates at the ultra-cold temperature of 4 K (minus 269 °C), from the warmth of the outside environment. An extra barrier, a 'thermal shield,' is needed to prevent heat transmission through the electromagnetic waves that any warm source generates, a physical phenomenon called 'radiation.' The first section of the cryostat thermal shield was installed in mid-January 2021. The thin, actively cooled silver-plated component closely fits inside the depression in the cryostat base. Other sections will be installed as machine assembly progresses, eventually lining the entire interior surface of the cryostat wall. Early this year, smaller but no less strategic structures began appearing in the pit: the first of the 18 toroidal field gravity supports were bolted to the cryostat base rim, and temporary supports were installed to accommodate poloidal field coil #6 (PF6), the first ring magnet of the machine assembly sequence. Along with machine components, the pit also accommodates temporary structures and tools that are required for the assembly process but that will be dismantled later. One of the most spectacular of these in-pit assembly tools is the central column, a 600-tonne tower-like structure that will stand more than 20 metres high and support the radial beams holding the nine sub-elements of the vacuum chamber as they are welded together. The first element of the central column was installed in March 2021; it now occupies the very centre of the pit. The installation of PF6, less than one month later on 21 April, was both a spectacular and highly symbolic moment in ITER history. A tokamak is essentially a vacuum chamber within a magnetic cage, and the 330-tonne ring-shaped PF6 was the first magnet to be positioned in the assembly pit. With little room to move and a lot of ongoing co-activity, workers are now busy installing support thermal shield panels to raise yet another thermal barrier, this time around the 18 toroidal field gravity supports. In preparation for the installation of the next ring-shaped coil, poloidal field coil #5, workers are completing work on six temporary supports. Coil insertion in the pit is scheduled in late July/early August. The amphitheatre is gone and the once majestic stage is now a cramped environment. But the ballet of workers, tools and machines, as pictured in the portfolio below, still makes for a splendid show. 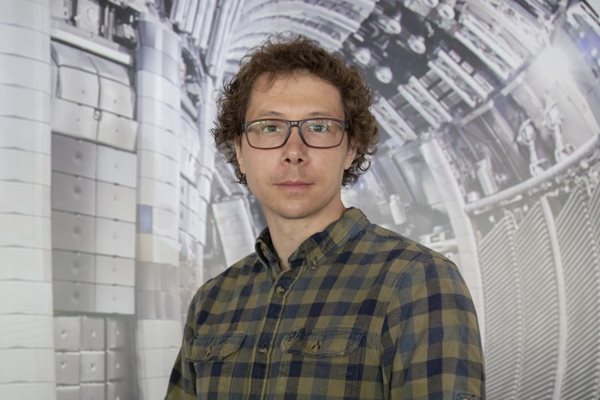 Image of the week | First weld for the top lid 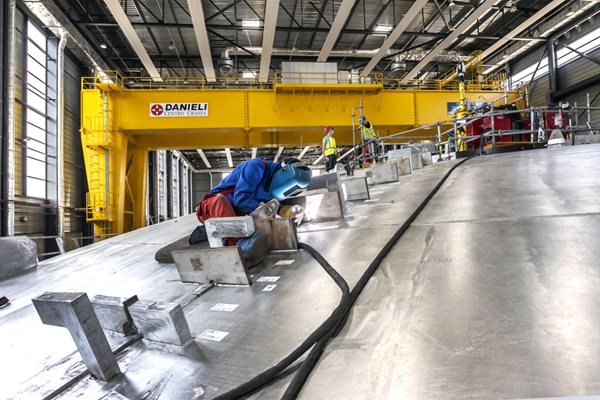 Of the four sections that make up the ITER cryostat, the top lid is the thickest, second heaviest (more than 700 tonnes) and most structurally complex. On Monday 7 June, following a traditional coconut ceremony in the Cryostat Workshop that was broadcast live to India, two welders working on opposite sides of the component's skin, produced the 'first arc' of a welding campaign that is scheduled to last four to five months. The collective knowledge and experience that the ITER Organization, ITER India, Larsen & Toubro Ltd and MAN Energy Solutions have accumulated over the past four and a half years since welding operations began on the cryostat base will be a precious asset in the current operation. 'There are some very specific challenges to the welding of this massive component,' explains Anil Bhardwaj, the leader of the Cryostat & Auxiliaries Group. 'It has a rather thick skin, a large circular opening at its centre and a complex arrangement of ribs underneath. Distortions due to the welding process will be a constant preoccupation and will require constant monitoring.' The cryostat top lid is made of twelve 30-degree sections that will require approximately 300 metres of deep welds (50 millimetres deep on average, but up to 280 millimetres at the flange levels) and more than 4 tonnes of filler metal. After the cryostat base, lower cylinder and upper cylinder, the top lid will be the last section of the ITER cryostat assembled and welded in India's on-site Cryostat Workshop.

The ITER Organization has added a permanent virtual visit option to its visit program. Developed in reply to the COVID-19 pandemic and the necessary restrictions to in-person visiting, the virtual visit now co-exists alongside other options, including individual and group visits, on the ITER webpage dedicated to visitors. The virtual visit option will remain available to the public even after COVID-related restrictions end, allowing fusion aficionados from around the globe a chance to better appreciate the progress on the ITER construction site. What can you expect from a virtual visit? In approximately 90 minutes, the ITER visit team will introduce you to the world of fusion, before explaining the ITER Project in detail. Highlights include a video shot by drone and a tour of all the main buildings on site through immersive 360° images.   If you are interested in booking a virtual visit of ITER, please see the Visits page of the ITER website and click on 'Virtual Visits.' The calendar indicates the open slots for group or individual virtual visits in either English or French.   Come and join us. We look forward to welcoming you (virtually) to ITER! --The ITER Visits team

It's Time For Congress to Support Fusion Energy

Fueling up for fusion: MAST's Super-X, JET's deuterium-tritium experiments for ITER, and more

No consequences of Brexit for UK EUROfusion students in 2021

Denmark / Universities Get Grant To Set Up Nuclear Fusion Consortium

It's cold test time for the Poloidal Field coils of the ITER fusion device by the ASG team!