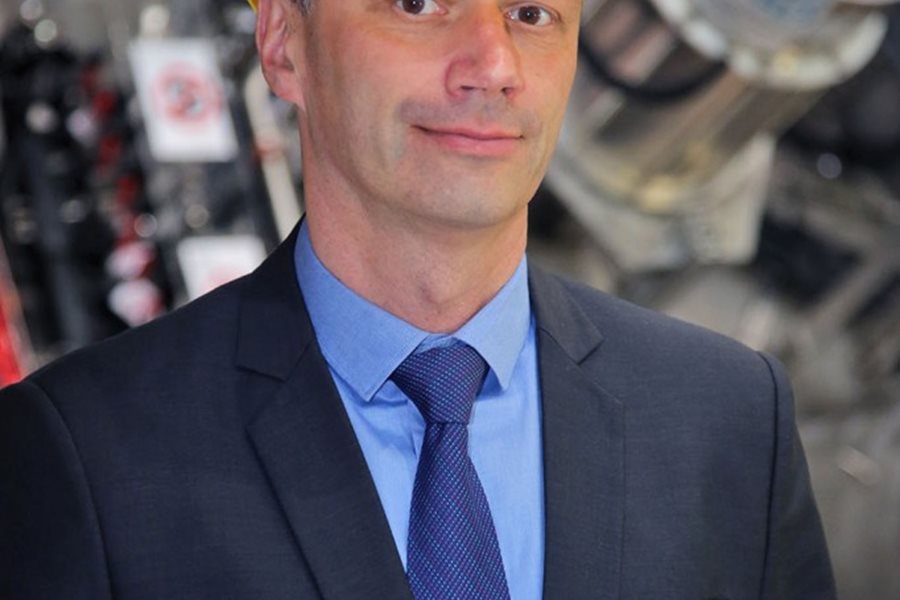 In tandem with the annual Fête de la Science, a French exhibition on the sciences, the European research consortium EUROfusion is premiering a new travelling exhibition on fusion in Marseille, France. The 30th edition of the Fête de la Science opened on 1 October, bringing together hundreds of scientific organizations and thousands of volunteers to showcase their work through engaging displays and interactive exhibits. From 9-10 October, the ITER Organization joined the event in Marseille. A cluster of tents set up at the Hôtel de Ville drew in a multigenerational crowd, and in the midst of it all was ITER's stand on fusion, featuring globes of shivering blue plasma. But for those who missed the event, a fusion exhibition that has been years in the making has only just opened in Marseille and will stay open until mid-December. EUROfusion's exhibition, Fusion: Power to the People began as an idea to introduce the public to fusion. 'Fusion energy is not familiar to most, but we believe it's a vital topic for people to explore,' Mohamed Belhorma said in a recent press release on the event. He is an outreach officer for EUROfusion and played a major role in conceptualizing the exhibition and bringing it to life. The first sight as the visitor enters the exhibition space is an introductory video. Stars burn and neutrons fuse, and the visit continues with a series of curiosities. Visitors are enveloped in a velvety darkness, with spotlights puncturing the space like stars in the night sky. These spotlights illuminate a spiral of copper, a metallic rod or a circle of compasses. The QR codes on the side of each display are the key to understanding these pieces, with each code opening a video on the visitor's phone. Each piece demonstrates the power of magnetism, a crucial factor in controlling plasma during a fusion reaction. Each video is short, but packed with information giving the visitor a new piece of the puzzle. In another area, a series of vintage television screens are set up to resemble a control room. Others showcase the history of many different fusion projects, including WEST, COMPASS and ITER. The expo looks to the past in its journey through time, but also envisions the future. "We are convinced that fusion has an important role to play in sustainable energy and we want to have a discussion with the public about what that role could be," explains Belhorma. The exhibition blends virtual and real worlds by combining tech, science and art into one cohesive experience. More pieces of the Fusion Expo are yet to unfold, as more interactive elements are layered on the pre-existing exhibit. An app will take visitors through a treasure hunt of sorts, finding clues to solve puzzles and learning more about fusion along the way. EUROfusion's Fusion Expo is free and open to the public at Les Docks in Marseille, France, until 19 December 2021, hosted with the participation of the French Alternative Energies and Atomic Energy Commission (CEA) and partners ITER Organization and Aix-Marseille University (AMU), in particular the Institute for Fusion Sciences and Instrumentation in Nuclear Environments ISFIN. It is open daily from 10:00 to 19:00. Once the Expo closes in Marseille, it will travel across Europe to bring fusion education to an even wider audience. To learn more about the event, visit EUROfusion's website here. (Information in French can be found here.) 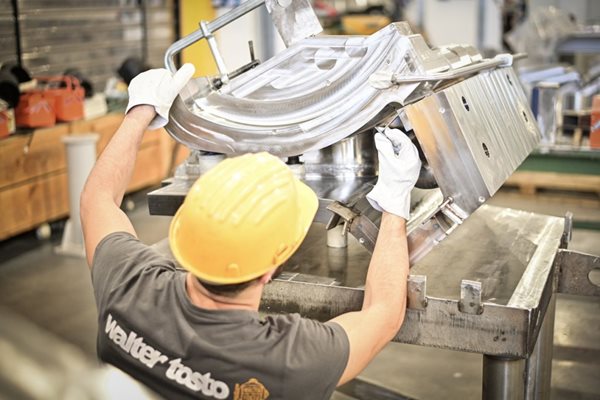 Fifty-four divertor cassettes form the backbone of a unique system designed to exhaust waste gas from the ITER machine and minimize impurities in the plasma. In Europe, the final contract for divertor cassette manufacturing has been signed, with delivery expected between 2025 and 2027. Divertor cassette bodies are uniquely contorted objects that weigh close to 5 tonnes each. Shaped approximately like a 'U' with flared edges, each cassette body hosts three targets on its plasma-facing surfaces; on the backside, the cassettes align perfectly with circular rails at the bottom of the vacuum vessel to lock into place. The cassettes form the backbone of the ITER divertor, designed to withstand heat loads comparable to those that would be encountered at the surface of the Sun and to resist the huge mechanical forces that could be exerted by plasma disruptions. The cassettes provide neutron shielding to the vacuum vessel and a route for divertor water coolant; some also host diagnostics and instrumentation. The shaping and forming of these unique objects in austenitic steel—to extremely demanding specified tolerances—require such a high level of precision machining and proficiency in welding that four years of prototyping and testing were necessary before the manufacturing contracts could be awarded. The European Domestic Agency Fusion for Energy put European industry to the test through a competitive prototyping phase, during which it worked with different suppliers to help them to develop the necessary know-how and test their skills during production. Beginning in 2013, the Fusion for Energy team supported selected European contractors as they engineered, manufactured and finally tested real-size cassette prototypes. On completion of the prototyping phase in 2018, initial contracts were awarded to the Italian company Walter Tosto (15 cassette bodies) and the Italian-French consortium CNIM-SIMIC (4 cassette bodies) for delivery by 2025.   The remaining cassettes—which presented some added complexity such as the requirement to accommodate specific diagnostics or operational instrumentation—have now been awarded. Walter Tosto will manufacture the remaining 38 units, plus one optional, for delivery by 2027. See the original article on the Fusion for Energy website.

Image of the week | 2nd central solenoid module on its way A second module for the ITER central solenoid, the "most powerful magnet in the world," is on its way to ITER. Procured by US ITER and manufactured by General Atomics in San Diego, California, the 110-tonne element was transported by road to Houston, Texas, and loaded on an ocean-faring vessel on 17 September 2021. The load was received in France at Fos-sur-Mer harbour on 6 October, placed on a trailer, and brought aboard a barge to cross the inland sea Étang de Berre. The superconducting magnet will now travel by convoy across Provence on the ITER Itinerary before passing through the ITER gates on Thursday 14 October—just one month after the first module reached the construction site on 9 September. The tall central solenoid magnet—18 metres in height, 1,000 tonnes—will be assembled at ITER from six individual modules and a strong supporting structure.

Towards a "hydrogen economy"

Whether burning in a fuel cell or engine, or 'fusing' in a tokamak, hydrogen will play a major role in clean energy production and consumption. In a recent article in the The European Files, ITER Director-General Bernard Bigot explores the potential benefits of a (near) future 'hydrogen economy' that would include fusion as a 'highly concentrated baseload energy source' and as a technology that could 'produce clean hydrogen' to, among different uses, power transport vehicles. 'Like electricity, hydrogen is not a primary fuel,' writes the ITER Director-General. It is produced using different energy sources, fossil fuels among them. Therefore, the environmental impact of this 'grey hydrogen' is far from being neutral. 'To make the hydrogen economy truly green,' he argues, 'we will need a clean source of concentrated baseload energy." Hydrogen fusion has all the characteristics to fill that requirement. Read the full article here.

The ITER Organization is organizing a virtual Open Doors Day on Wednesday, 27 October 2021. The three-hour event will be offered in English (afternoon) and French (morning). 'Visitors' who sign up through an on-line portal will have a chance to attend a general presentation on the ITER Project, take self-guided virtual visits through the main buildings on site, and browse through a virtual exhibition centre featuring some of ITER's manufacturing and construction partners. A number of surprises are also planned ... think virtual reality, DIY, livestreams and we've even heard a rumour about a 'plasmagician,' but we have no more information at this time ...  (Age recommendation: 7 and up). Follow the links to sign up in English or French.

The European Organization for Nuclear Research (CERN), the European Space Agency (ESA), ITER and the Square Kilometre Array Observatory (SKAO) came together to host an online career event on 5 October 2021. The information session was designed to inform participants of the many diverse options available for engineers interested in science, technology and space. Four speakers represented the four organizations involved in the event: Anna Cook from CERN Elena Saenz from ESA Deirdre Boilson from ITER Maria Gracia Labarte from SKAO These four representatives discussed not only what their organizations do, but also explained what the working culture is like and what they love about their jobs. You don't have to be a rocket scientist to apply, they agreed. Passion is most important. Though the event was held via livestream, a recording is available on YouTube here.

Hydrogen Fusion: the way to a new energy future

Exhibition brings fusion power to the people of Marseille

Can Nuclear Fusion Put the Brakes on Climate Change?