Sunshine | The long path to discovery 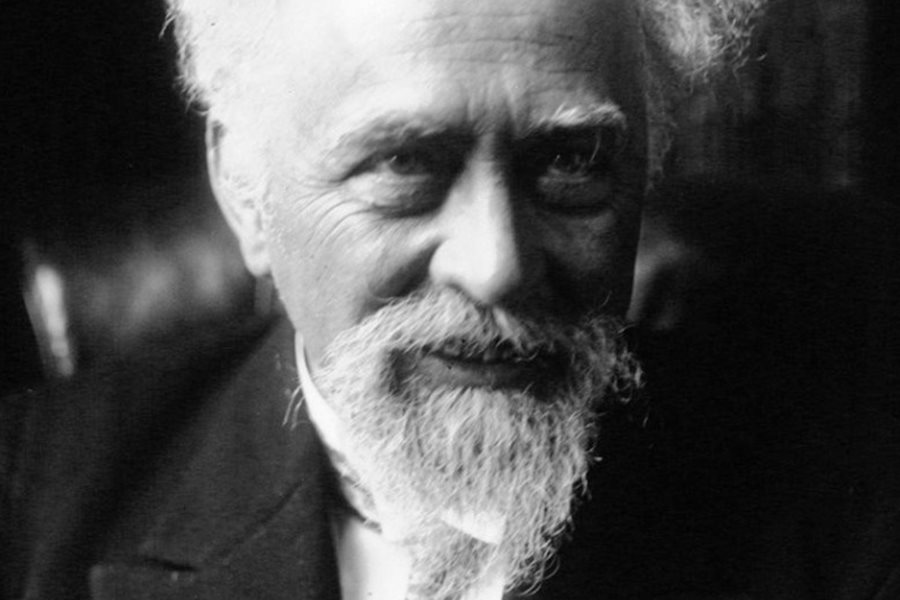 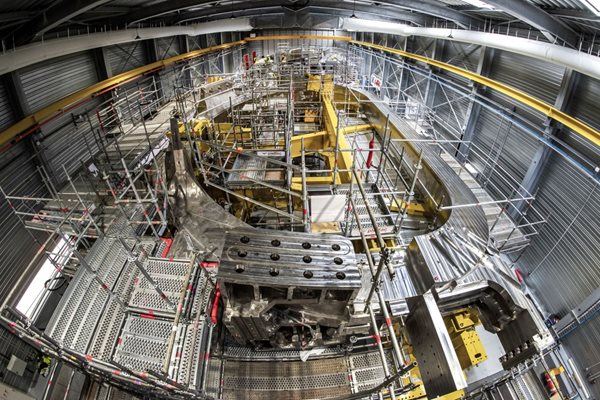 Since their delivery to ITER, in April and July of last year, toroidal field coils #12 and #13 from Japan have been slowly and steadily gaining weight. As the 320-tonne components are prepped for pre-assembly, close to 10 tonnes of equipment, some of it temporary, are being added to their already considerable mass. 'Some of the equipment is added at ITER because it is too fragile to be exposed to the long sea journey, or because it depends on the reverse engineering assessment carried out after arrival to match the coil with neighbouring components,' explains Sebastien Koczorowski, the responsible officer for the toroidal field coil preparation activities. 'Other equipment—like the interface clamps or the inter-coil structures—need to be installed and customized on site.' The largest part of the added weight, however, consists of equipment necessary for the lifting and subsequent installation of the coils on pre-assembly tooling in the Assembly Hall—for example a set of massive lifting lugs required for transport by the overhead cranes, or components that will interface with the giant sector sub-assembly tool. Standing on the scaffolding or crouching under the coils, several teams are at work. Members of the DYNAMIC SNC consortium (one of two machine assembly contractors) they are busy installing the delicate network of the external cooling circuit (130 metres of thin piping), connecting the low-voltage wires for the diagnostics systems, or match-drilling for various interface elements. It will take another few months to finalize the equipment work and transfer the coils to the sector sub-assembly tool. Once associated to vacuum vessel sector #6 and corresponding thermal shield panels, they will form the first of the nine pre-assemblies required for the ITER Tokamak. In the vast storage/workshop facility, a second pair of coils will soon undergo a similar preparation process, which will be repeated until all nine pre-assemblies are complete and the machine torus finalized.

Central solenoid structures and tooling | Innovation gets the job done 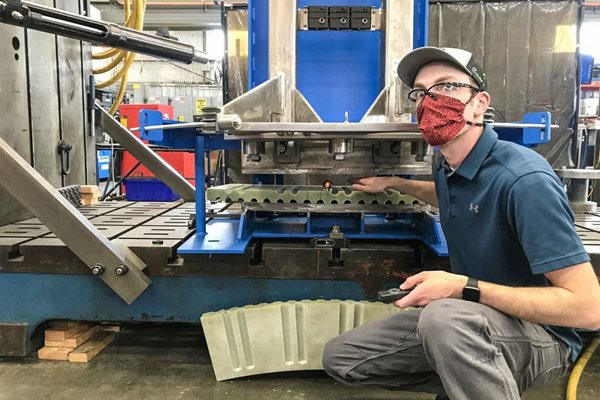 US ITER is procuring the elements of the cage-like support structure and specialized tooling that will be required during the assembly of the central solenoid at ITER. During a challenging year, keeping to the fabrication and delivery schedule has meant innovating ...  Like many other ITER staff around the world, US ITER senior project engineer Travis Reagan did not expect to spend most of 2020 working remotely. 'Before the pandemic, we were probably travelling every two weeks to follow up on the fabrication, assembly and testing of tools and components. Quarantine really forced us to rethink the way we do our job,' Reagan said. The team soon realized that they would need to get creative to complete a set of assembly tools that will be needed at ITER later this year to start the assembly of the central solenoid, a massive magnet assembly at the heart of the ITER Tokamak. In addition, the team is nearing completion of the delivery of critical support structures that will surround and stabilize the central solenoid. Among the pieces delivered by US ITER in 2020 is the assembly platform, the base on which the entire central solenoid will be very precisely erected. 'In spite of its size (approximately the footprint and height of a two-car garage), the assembly platform positions the central solenoid components to within fractions of a millimetre while keeping the entire 1,200-tonne, 15.5-metre-tall stack level, plumb and stable,' explains David Vandergriff, US ITER senior project engineer. Postponing design, fabrication and delivery of the pieces was not an option.  Climax Portable Machine Tools in Newberg, Oregon, was selected for a critical drilling operation to assemble precision alignment pins that will prevent movement of the massive structure during operation. Due to COVID travel restrictions, however, US ITER was not able to attend the critical factory acceptance testing, which meant looking for alternative solutions to assess manufacturing performance. Ultimately, they found a collaborator in the Pacific Northwest that was willing to make a routine week-long trip to Climax facilities, inspect the progress and report back to the US ITER team in Tennessee via live video streaming. 'This allowed us to conduct US ITER's first remote factory acceptance test,' says Reagan.  Some of the new procedures the team put in place are expected to survive even after the pandemic, says Vandergriff. For example, they plan to continue video recording and video streaming in factories where the pieces are being produced. This could have significant impacts in terms of resource efficiency, making certain processes less expensive, and as a tool to facilitate training of the installation contractor. 'We are excited to see the equipment in place and successfully completing the needed operations on the actual workpieces,' states Scott Thiel, vice president of engineering, R&D at Climax. US ITER is responsible for supplying four assembly tooling packages for the central solenoid. The first two were shipped to the international organization in mid-2018 and March 2020, respectively. The third set of assembly tooling hardware, the drill fixtures mentioned above, was successfully shipped to the ITER Organization and was received at the site in February 2021. The total value of the assembly tooling contracts fulfilled in 2020 is close to USD 10 million. 'Half of our central solenoid tool commitments got delivered during the year of the worst pandemic the world has seen in a century. The flexibility demonstrated by our team has been a very valuable asset,' says Graham Rossano, US ITER technical systems division director. In addition to the central solenoid, US ITER is also responsible for providing hardware for 11 other systems to enable ITER operations and science. Find out more at the website below. See the original story on the US ITER website.

Fusion in the United States | A vision and a plan 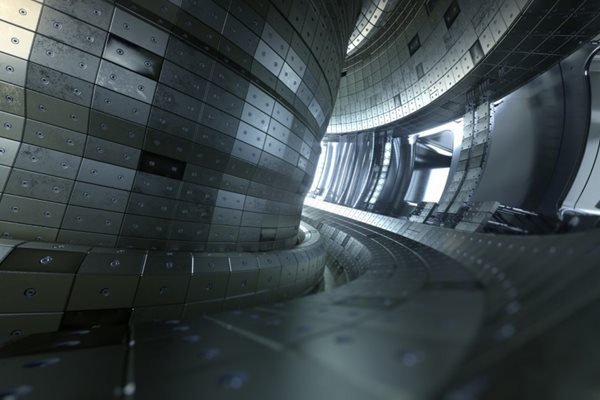 For any Member to take full advantage of ITER's first-of-a-kind science and engineering, their ITER-related activities must be coupled with a domestic fusion R&D program. The latest Member to take this step forward is the United States. As characterized by Wayne Solomon, Director of Science and Technology at General Atomics, 'This is an important and exciting time for US fusion researchers.' Recent reports from the Fusion Energy Sciences Advisory Committee (FESAC) and National Academies of Sciences, Engineering, and Medicine (NASEM) illustrate a remarkable step forward, in that multiple sectors of the US fusion community—from government, private industry, and academia—have converged on a vision and plan. Both reports recommend substantial investments in US facilities, and capitalizing on ITER's ongoing engineering innovations and forthcoming scientific research data to help spur US-based pilot plant innovations. Recognizing that participation in ITER will enable the acquisition of knowledge in burning plasma physics as well as tokamak engineering, materials science, and other disciplines, one of the priorities from the FESAC report released in 2020 is the creation of a robust research team to ensure that the US fusion community extracts maximum benefits from ITER.'This recommendation is to ensure full engagement of the fusion community in ITER,' said Troy Carter, chair of the FESAC report, during a recent American Nuclear Society (ANS) webinar. 'We need to form this ITER research team, and we need to do it soon.' The NASEM report released in February 2021 further reflects ITER's role in spurring a US pilot plant, specifically through stimulating the economy with in-kind contributions. 'A lot of what has already been done for ITER—in terms of R&D, technology development, design and fabrication of components—all of that has helped to create an environment where there's more interest in fusion, and private industry is making investments,' said Kathy McCarthy, Director of the US ITER Project, at a NASEM webinar last month. The United States considers ITER and the pilot plant projects to be on parallel tracks. 'We've got in our plans more than one path that we'd like to pursue, in terms of these designs for a pilot plant, because one or more of them may not succeed,' McCarthy added. 'But again, having the ITER activities going on in parallel and providing information to that pilot plant activity is important.' Arturo Dominguez, Science Education Senior Program Leader at Princeton Plasma Physics Laboratory (PPPL), maintains that ITER and domestic engagement go hand in hand. 'In terms of workforce development, the message and excitement of ITER (especially now that it's more than 70% built) is really important.' Among the methods for continuous workforce development is engaging industry through public-private partnerships on the model of SpaceX and NASA. Carter hopes that industry will be an active partner to new facilities, in tandem with the research community. 'We [should] look for those opportunities and take them.' The formation of teams will be driven by national laboratories, industry, universities, and others, with each group bringing specific knowledge to the table. However, expanding access to opportunity is a blind spot the community acknowledges and plans to improve. 'Improving diversity, equity, and inclusion (DEI) in the research community would make it so all scientists are welcomed, supported, and able to do their best work,' Steve Binkley, deputy director of the Office of Science at the Department of Energy, recently wrote. 'Those improvements would help create the workforce that can carry out the long-range plan.' The fusion community is optimistic, with all eyes on government appropriations, a process during which both Houses of Congress review the administration's proposed budget. 'The results of these interactions will be seen when the President sends his FY22 budget request to Congress,' said Steve Dean. 'The date for that has not been announced but should be in the next [two] weeks.'

Nuclear fusion: building a star on Earth is hard, which is why we need better materials