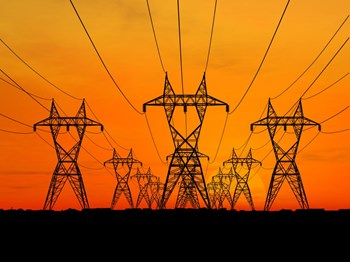 In France, a national debate has been launched on energy transition. How to reduce consumption? What energy mix for the future? The ITER Organization was invited to participate in a conference on the subject in Troyes on 29 May.
Earlier this year, France launched a wide national debate on energy transition. The aim is to prepare the ground for a new law to be passed in 2014 which will define quantitative objectives for each energy source and allocate specific means and funding to reach these objectives.


The debate is currently organized in the French départements through local initiatives such as public conferences, exhibitions and meetings. André Dorso, national secretary of the National Debate initiative, explains the importance of public consultation: "It is the first time that a national debate is organized in a decentralized way. This is because the regions do not have the same needs and there are significant regional disparities in energy supply. Also, the energy transition is not a mere technical issue. It is also related to public attitude and human behaviour."


On 29 May, a conference was organized in Troyes (near Paris) by the Syndicat Départemental d'Energie de l'Aube, which owns and manages the energy infrastructure of the Department. The conference was attended by 400 representatives of the cities and local governments. Several presentations described the current energy situation, as well as forecasts and plans for 2030 and beyond. According to ADEME's optimistic projections, the total energy consumption in France, currently at 151 Mtoe (million ton of oil equivalent) is expected to go down to 123 and 82 Mtoe, respectively in 2030 in 2050. At the same time, renewable energies are expected to provide 35 percent of the total needs by 2030.


The ITER Organization was invited to present the status of the ITER project at the conference. A specific presentation was prepared, aimed at a non-specialist French-speaking audience. While I stressed from the outset of the presentation that no commercial development of fusion is expected before 2040 the contribution of ITER to the discussion was appreciated. Once more I was able to observe that, although France is host to ITER, a large part of the French population discovers the project through our presentations.
The people I spoke with after the conference were enthusiastic and impressed by the project, its scale and its objectives. They appreciated our efforts to reach a non-scientific public. This is, in my opinion, a key communication objective as it is crucial that ITER be endorsed by the local, and national, community.