Commuting to Seoul, daydreaming of Provence 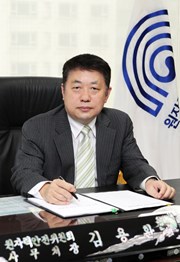 Is there anything you miss about France?

I miss long vacations, the beautiful nature of Provence and the French culture more than anything. I was told that the average annual vacation time for NSSC senior officers was two to three days in 2012. This will be the biggest cultural change for me for a while. Provence, where ITER Headquarters is located, is one of the places that Korean people want to visit most. I came to consider as absolutely normal the beautiful countryside and relaxing atmosphere, and at the time did not realize just how valuable those were to me. Now that I commute to the centre of Seoul, one of the busiest and most crowded cities in the world, I often think of the beautiful road I used to take to ITER.

Looking back upon your time at ITER, what were the most important moments for you—those you will remember, good or bad ...

So many things happened during those six years ... looking back, lots of memories come and go through my mind like a flash. The re-etablishment of the Baseline (describing the work scope, schedule and cost of ITER) during 2009 and 2010 was the most memorable event. I spent a lot of time working on the adjustment of the Baseline for the Directorate for Central Engineering & Plant (CEP) with internal staff and Domestic Agency officers. CEP started out with only three members; six years later, the number had increased to 85. I recruited the members one by one and saw how hard they worked for the project. All the CEP positions are important. I will continue to keep my interest in ITER regardless of the physical distance.

Does being on the "outside" change your perception of ITER? Do you feel that the outside world has a clear idea of the project's scope, stakes and challenges?

I do not see ITER from merely the outside, but see its projects from my current stance as a government officer of Korea. Most of all, I hope ITER will be able to meet the Baseline when it comes to schedule and cost. I also think it important for ITER to open all pending issues because the more the time of disclosure gets delayed, the more participating countries are likely to find it difficult to provide help. If the pending issues do not get untangled, I will try to convince the Korean government to give at least a little help. Lastly, I hope that not only ITER managers, but also general staff, value the importance of the Baseline and that they will take the cost and schedule matters seriously.

Since 15 May, I have been working as a Standing Member and Secretary General of NSSC, an agency established in the aftermath of the accident at Fukushima Daiichi in Japan in March 2011 as it raised public concerns on nuclear safety.  NSSC was established on 26 October 2011 in accordance with the new Act on Establishment and Operation of the Nuclear Safety and Security Commission. NSSC is an independent and stand-alone organization that is responsible for nuclear safety, security and safeguards for nuclear facilities and activities in Korea.


As I mentioned before, I stood as a licensee at ITER, and now stand as a regulator. Rather than the scope of work, the difference in the stance comes as the biggest change. For example, I have to strive to guarantee the safe operation of nuclear power plants and protect people and the environment from any nuclear emergency or accident.

ITER's vacuum vessel, an essential Safety Important Component, will be manufactured by Korea. Will you be involved at all in your new position?

My position covers all the safety matters on nuclear installations in Korea. But the ITER vacuum vessel will be manufactured and exported according to the French nuclear safety standards, so there will be no inspection or approval process by the NSSC. NSSC does, however, have a middle-term R&D plan for future regulatory work on nuclear fusion facilities.

When will we have the pleasure of seeing you again at ITER?

I cannot say exactly when at this moment. But I will try to visit ITER when I have a chance to visit Paris or Europe. One thing I would like to ask ITER is, "Please invite me when there is an important event celebrating a big achievement!"