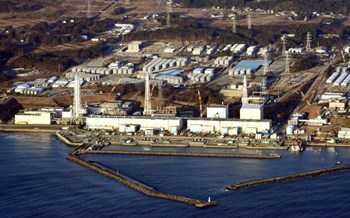 In the wake of the Fukushima accident, nuclear safety authorities around the world set out to analyze the causes and the dynamics. For ITER this meant looking into the resistance of the facility in the face of extreme situations—whatever their probability.
Five years ago a massive earthquake, one of the four largest in recorded history, hit the northeast coast of Japan generating tsunami waves in excess of 40 metres and causing the loss of some 16,000 lives.


The event on 11 March 2011 had another dire consequence: as the tsunami waves swept ashore, they disabled both the primary power supply and the diesel backups of the Fukushima Daiichi nuclear power plant causing a "loss of coolant accident" that resulted in the partial meltdown of three reactor cores and the release of radioactive material into the atmosphere.


In the wake of the accident, nuclear safety authorities around the world set out to analyze its causes and dynamics. One of the consequences was that in France the Autorité de Sûreté Nucléaire (ASN) requested a "complementary safety assessment" of the 150 nuclear facilities located on French territory.


For ITER, the first fusion reactor to undergo full nuclear licensing, this meant looking into the resistance of the facility in the face of extreme situations—whatever their probability.


Like every nuclear installation, ITER has been designed with substantial safety margins. In the post-Fukushima context however, the question became ... are the margins wide enough to protect the installation and the neighbouring populations in case of an event even more damaging than those upon which the calculations were based?


To answer this question "unimaginable" events were postulated, their consequences combined, and their effect on the installation cumulated. What would happen, for instance, if a mega-earthquake hit the Durance river valley and destroyed all the dams upstream precisely when, due to previous flood-size rains, the level of the aquifer had risen dramatically?


The answer, regarding the ITER installation, is: not much. "Thanks to the dimensioning margins of the installation, we have demonstrated that ITER would resist such an improbable event," says Joëlle Elbez-Uzan, head of the ITER Environmental Protection & Nuclear Safety Division. Both buildings and penetration systems would resist the loads that such an event would liberate."


As for isolation valves or fire suppression systems, it appears "unnecessary to modify their design," says Joëlle. "They will undergo qualifying procedures under the harsher conditions dictated by the post-Fukushima context—either through physical means (vibrating tables) or, for the larger components or systems, through calculations and modellization."


Safety, however, is not only about the resistance of buildings and components. Crisis management procedures need to be streamlined and the responsibility of different actors during and after the event clearly defined.


Fukushima was a hard lesson learned. The accident triggered a renewed approach to safety that not only takes into consideration the "improbable" but also the "unthinkable."