Ready for shipping to Naka

Share Tweet
Ready for shipping to Naka
A festive ceremony was held on 6 April at CEA Saclay's Cold Test Facility, near Paris, to mark the final acceptance, the cryogenic testing validation and the preparation of shipment to Japan of the first toroidal coil for JT-60SA. 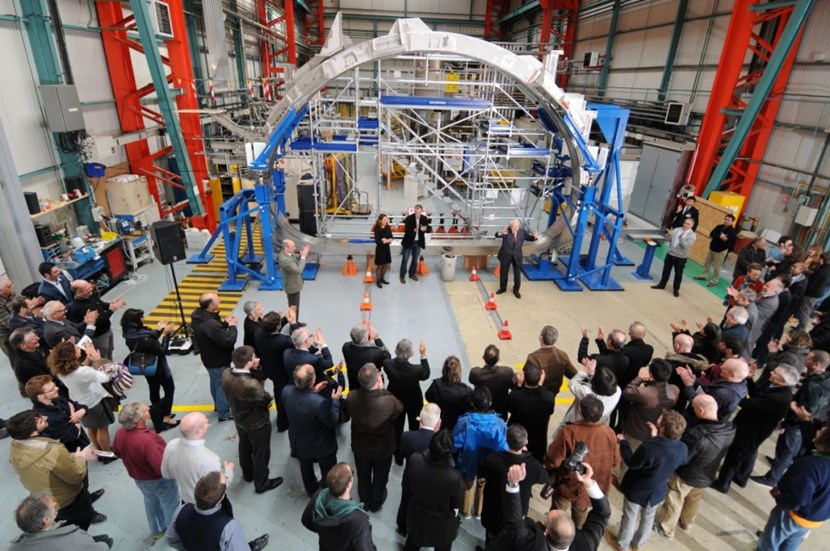 Robert Aymar passionately encouraged participants to pursue the joint efforts for the development of the fusion energy.
A few years before ITER is due to come into operation, the advanced superconducting "satellite" tokamak JT-60SA, conducted under the Broader Approach Agreement between Japan and Europe, will start operation. JT-60SA will model proposals for optimizing plasma operation and investigate advanced plasma modes that could be tested on ITER or used later on DEMO.


Assembly has been underway since 2013 in Naka, Japan.


Manufacturing activities were no less the fruit of international collaboration—the European agency for ITER procured the superconducting strands, which were manufactured by the Japanese firm Furukawa; the strands were cabled and jacketed by the Italian consortium ICAS; the coil cases were procured by ENEA and manufactured by Walter Tosto (Italy); and the coils were manufactured by Alstom/GE for CEA and ASG for ENEA.


The ceremony on 6 April was held under the patronage of Ichiro Ikeda, Scientific Counsellor of the Japanese Embassy in Paris; Robert Aymar, who pioneered the development of superconducting tokamaks at CEA and led the ITER Project from 1993 to 2003; and Maria Faury, French Contact Person to the Broader Approach Steering Committee.


A CEA press release is available in French.