ITER to Japan at breakneck speed

Share Tweet
ITER to Japan at breakneck speed
When ITER starts running plasma shots, operators in the control room on site won't be the only ones processing the huge amount of data collected by the tokamak's diagnostics systems. Ten thousand kilometres from ITER, in Japan's Remote Experimentation Centre (REC), other operators will be crunching the same numbers. Problem: how to transfer data as fast as possible to a site half a world away? 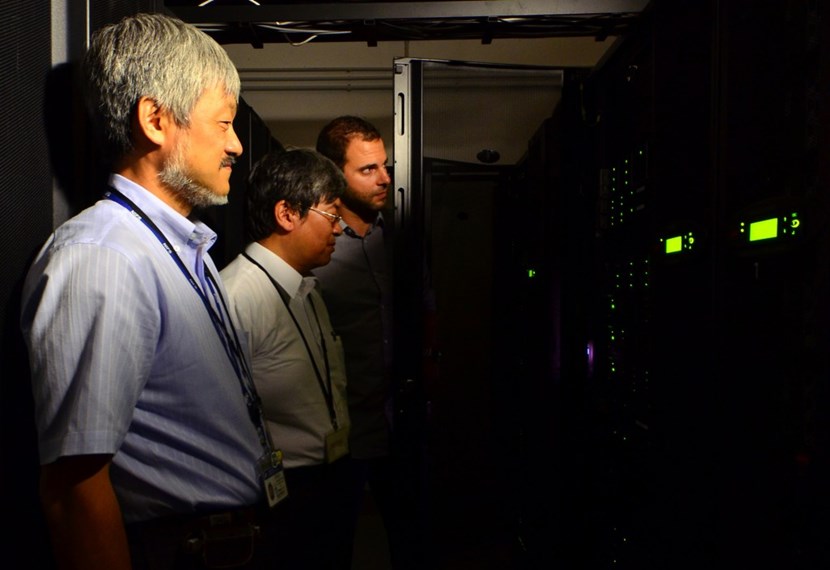 
Each of ITER's early, non-nuclear plasmas will generate an estimated 1 terabyte of experimental data—the equivalent of a full commercial hard disk. When ITER goes nuclear, some ten years after entering operation, this volume might be multiplied by fifty.


The capacity to transfer this data to Japan at a pace compatible with that of the tokamak's experiments—approximately one pulse every 30 to 60 minutes—was demonstrated in early September by information technology specialists from ITER and their counterparts at three Japanese institutes: the National Institutes for Quantum and Radiological Science and Technology (QST), the National Institute for Fusion Science (NIFS) and the National Institute of Informatics (NII), in cooperation with the European agency for ITER. The detailed results will be presented at the 26th IAEA Fusion Energy Conference (FEC) in Kyoto this week.


From 30 August to 5 September, 50 terabytes/day were transferred from ITER to Rokkasho, Japan at an average speed of 7.9 gigabits per second—some 1,600 times faster than the average global broadband connexion. The operation, the largest ever inter-continental high speed data transfer, marked a major advance in state-of-the-art information science and technology. 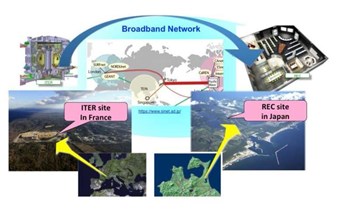 Over 50 million researchers, academics and students across Europe and Japan are set to benefit from the direct connexion recently established between the pan-European GÉANT network and the upgraded Science Information Network (SINET5) in Japan. The capacity boost comes in response to the increasing data transfer requirements of collaborative research between Europe and Japan on projects such as ITER, the Large Hadron Collider (LHC) at CERN and the worldwide e-VLBI radio-astronomy network.
The achievement was made possible by the implementation of a super-fast protocol, the Massively Multi-Connection File Transfer Protocol (MMCFTP) developed by Japan's National Institute of Informatics. In parallel, in collaboration with the pan-European network for the research and education community (GÉANT) and its French equivalent RENATER, the National Institute of Informatics established a dedicated virtual network—private, stable and highly secure—using the newly established direct high-speed link between Europe and Japan. (Thanks to this new link, the physical distance that data needs to travel is reduced by one-third.)


In order to replicate the actual conditions of future ITER experiments as closely as possible, the transferred data belongs to actual fusion devices: Japan's Large Helical Device (LHD) and the former JT-60U tokamak.


Click here to view the press release from the National Institutes for Quantum and Radiological Science and Technology (in Japanese).


¹ Located in Rokkasho, Japan, the Remote Experimentation Centre is one of three facilities housed at the International Fusion Energy Research Centre (IFERC). IFERC is part of the Broader Approach agreement signed in 2007 between the European Union and Japan to accelerate the realization of fusion energy through advanced research activities.