Share Tweet
Fusion "grandfather" tells family story
Grandfathers like to tell stories. And Robert Aymar, the "grandfather" of the French fusion community, is no exception. "Being so old," he quipped at last week's celebration of WEST's First Plasma, "I can express myself as a grandfather—not only to congratulate you, but to tell you the story of our family." 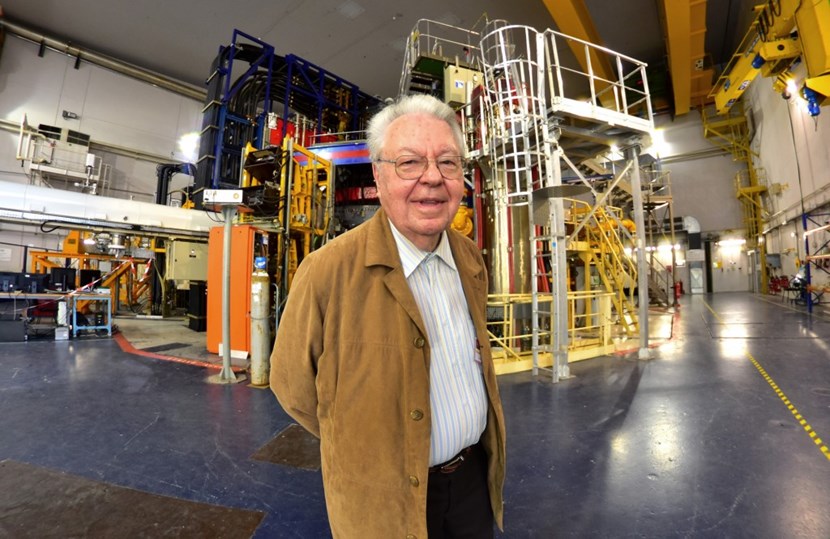 Robert Aymar—who led France's effort in fusion research for more than two decades, headed the ITER Project from 1993 to 2003, and served as CERN Director-General from 2004 to 2008—spoke as a ''grandfather'' to the assembled representatives of ITER and WEST.
Forty years ago, aged 41 and already a fusion veteran, Aymar was appointed head of the Tore Supra project, at that time one of the largest tokamaks in the world and the first to implement superconducting magnets.


One of his first decisions was to transfer all the CEA laboratories and personnel involved in fusion research to one place, Cadarache. "Everything that has happened since," he said last week, "springs from this one move."


The small audience he addressed last Thursday in Tore Supra's "home" in CEA had borne witness to much of what had "happened" over four decades—the continued exploration of plasma physics, the genesis of ITER, Tore Supra's record-breaking plasmas, the tokamak's transformation into WEST, the "vision turned  into reality" and, most important perhaps, the "building the human capital" that would one day take fusion into the industrial age.


As he led the design and construction phase of Tore Supra, Aymar recalled that his mind was equally focused on the large international collaboration that was to become ITER. "It is not by accident that ITER is being built only a few hundred metres from Tore Supra. This is what I had anticipated and planned right from the beginning."


The "family" —representatives of CEA's fundamental research department, of WEST and its governing board, and of ITER—of course knew the story. But they were delighted to hear it once again, told by an older and much-respected colleague who more than any other had contributed to writing it.