The challenge of superconducting joints

Share Tweet
The challenge of superconducting joints
Destined for the lower levels of the Tokamak Building the magnet feeders—which will route supercritical helium, large amounts of electrical power and instrumentation to the superconducting magnet systems—are some of the first components required for installation at ITER. Segments manufactured in China will be shipped to the site, where specialized teams will be on hand to assemble and install the full components. The most delicate part of the assembly operation—the creation of superconducting joints—has been the object of a multiyear qualification program. 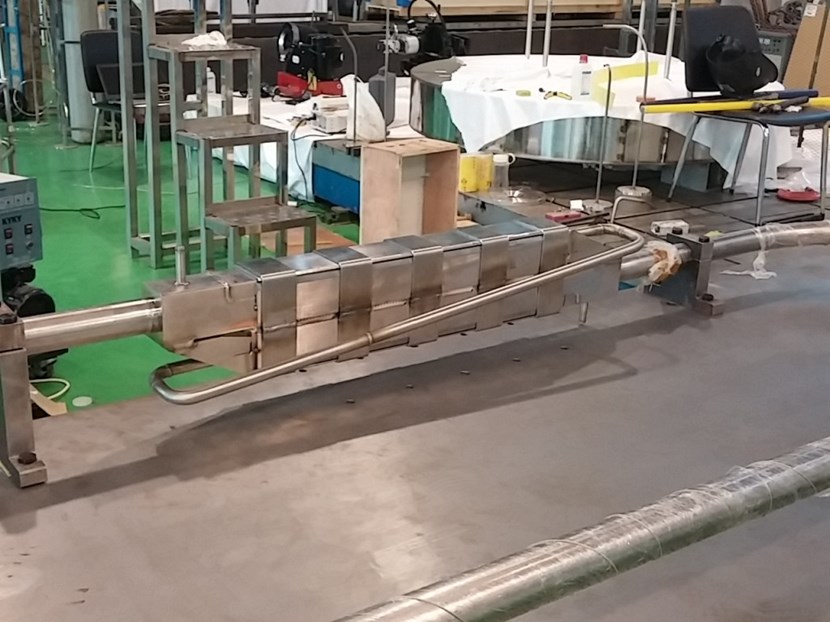 Approximately 300 magnet feeder joints will have to be created in the Tokamak Pit—one of the most critical and risky operations of assembly. This main busbar joint sample, successfully manufactured and tested at ASIPP (China), is one of the deliverables in the Magnet Feeder Procurement Arrangement signed between the ITER Organization and the Chinese Domestic Agency.
An ITER magnet feeder is made up of a pair of superconducting busbars, a pair of current leads, several cryogenic fluid transport pipes for cooling, and high- and low-voltage instrumentation conduits. During assembly activities on site, hundreds of superconducting joints will have to be created to assemble segments of the busbars ... and to connect the busbars to the coil terminals. This work—one of the most technically challenging parts of assembly—will be carried out by trained teams inside of the Tokamak assembly arena.


The Chinese institute ASIPP has been on the front line of research and development on the magnet feeder joints for ITER.  Teams there produced a joint qualification sample to optimize and validate key manufacturing procedures and to verify constructability within the known constraints of assembly in the Tokamak Pit.


This main busbar* (MB) joint sample—the type that will connect busbars to the toroidal field, poloidal field and central solenoid magnets—was recently subjected to electrical resistance tests in the ASIPP laboratory, with successful results.  A stable outcome of ~0.2 nΩ at 70 kA was achieved and preserved after thermal cycles and 30,000 mechanical fatigue cycles. These results meet the technical specifications of the Magnet Feeder Procurement Arrangement, signed in 2011 between the ITER Organization and the Chinese Domestic Agency. 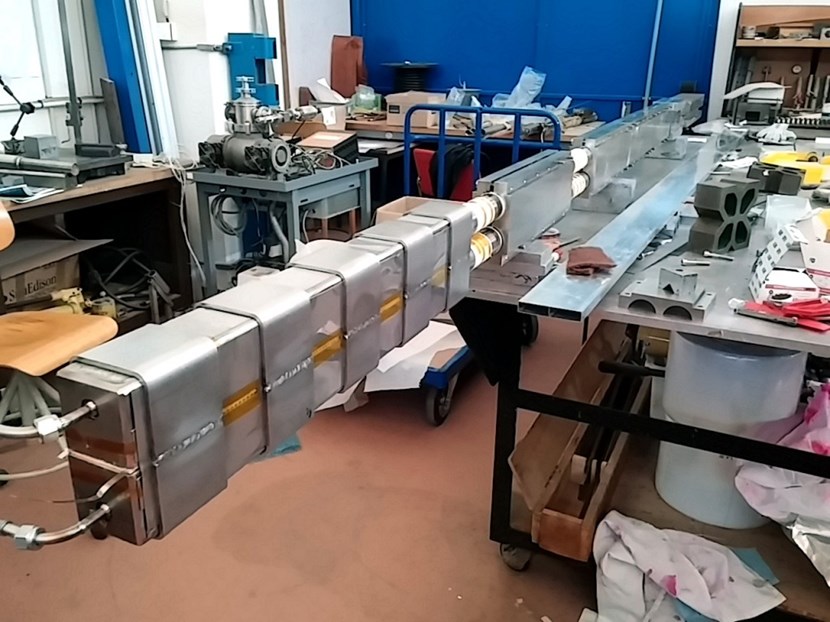 Working from the superconducting joint configuration produced in China, a feeder joint sample was reproduced at the MIFI workshop by trained and certified CEA technicians. The sample was then transported to the SULTAN facility in Switzerland for testing under background magnetic field.
Now, in order to learn the techniques that will have to be implemented in situ during ITER assembly, the ITER Organization has reproduced the effort closer to home.


Within the framework of the MIFI collaboration (for Magnet Infrastructure Facilities for ITER) between the ITER Organization and the French Alternative Energies and Atomic Energy Commission (CEA), the joint sample has been reproduced only a stone's throw from the ITER site. The sample was then transported to the SULTAN test facility in Switzerland—the only facility in the world capable of reproducing the magnetic fields, current intensity and temperature conditions of the ITER operational environment. This was the first opportunity to verify the performance of the joint sample in various magnetic fields and to investigate stability and current distribution characteristics—important steps to ensuring that the joints perform as expected once reproduced at ITER.


At SULTAN, the resistance of the joint sample was successfully tested as ~ 0.85 nΩ at 3.8 T and 68 kA (performance maintained under several thermal cycles and 1,000 electromagnetic cycles). 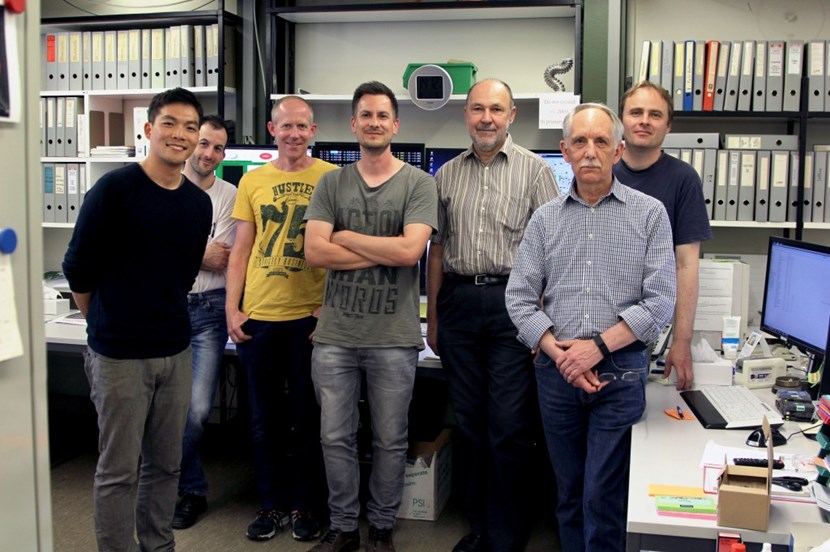 ITER feeder engineer Hyungjun Kim (far left) at SULTAN with test specialists. SULTAN is the only facility in the world capable of reproducing the magnetic fields, current intensity and temperature conditions of the ITER operational environment.
The procurement of the base materials, the fabrication, and the assembly of the MIFI sample took place under the supervision of the ITER feeder team, which has taken the lead in the design of the sample and has established qualification procedures on key processes such as manufacturing and inspection. These procedures—developed in close collaboration with the MIFI and ASIPP teams—were the basis for the successful testing of both joint samples at ASIPP and SULTAN.


The criticality of the superconducting feeder joints stems from the fact that they can only be truly tested once the machine is up and running. "Because they are among the most risk-prone elements of Tokamak assembly, it is very important to fully qualify all processes and fully train the staff that will be carrying out the work in the Tokamak Pit," explains Arnaud Devred, who leads the Superconductor Systems & Auxiliaries Section. "The lessons learned through the manufacture and testing of the main busbar joint sample is an important step in this direction, reflecting several years of hard work at MIFI by the feeder team."


The details of the test results are scheduled to be presented at the 25th Magnet Technology Conference in August.


*A similar joint qualification program is underway for the corrector busbars (CB) that will service the ITER correction coils.