Share Tweet
Poloidal field coils | A tailor-made ring
They work like tailors, carefully taking measurements and cutting immaculate fabric with large pairs of scissors. But they're not making a white three-piece suit. The workers are busy insulating turns of conductors for the first ring magnet to be produced on site. 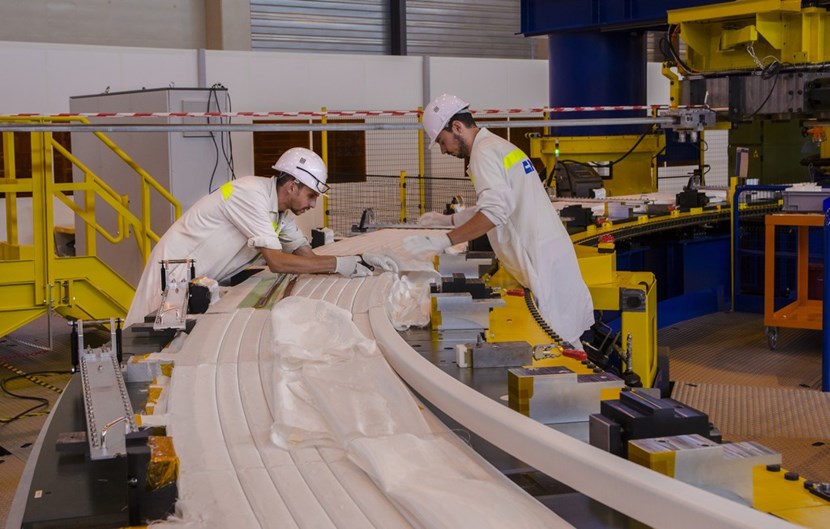 Immaculate fabric, precise measurements and a large pair of scissors: the winding table in the Poloidal Field Coils Winding Facility could be mistaken these days for a high-tech tailor's workshop.
The ITER Tokamak comprises six ring magnets (poloidal field coils) ranging from 8 to 24 metres in diameter and weighing between 200 and 400 tonnes. Four of them are too big to be manufactured off site and shipped and will be produced by Europe in the Poloidal Field Coils Winding Facility—the largest facility on the ITER platform.


Poloidal field coils are made of six to nine circular conductor arrangements (called "double pancakes") that are insulated, resin-impregnated, stacked together and compressed.


Following the fabrication of a real-size dummy, workers have now wound and insulated the first of the eight double pancakes needed for poloidal field coil #5 (PF5), a coil that measures 17 metres in diameter and that—when finished—will weigh 340 tonnes. 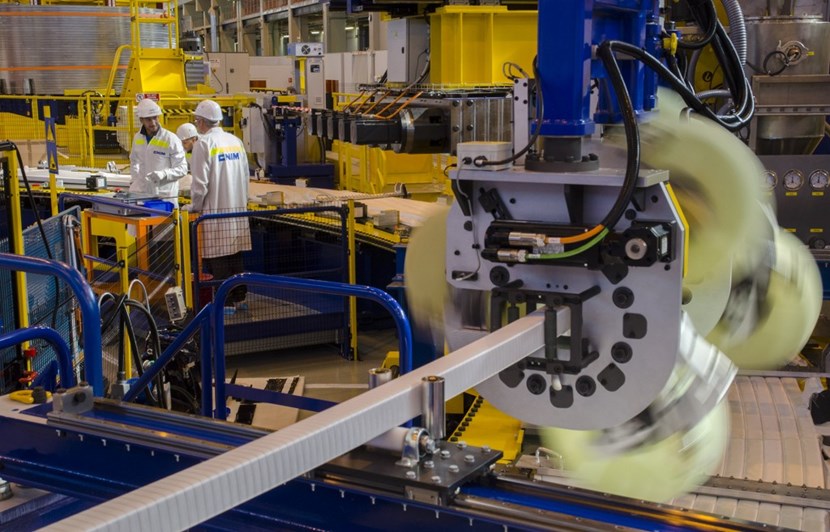 Prior to the manual insertion of fiberglass material between the turns, a large tape dispenser automatically wraps the conductor with five layers of insulating material.
The first production double pancake has been placed in a staging area so that additional activities can be carried out (the addition of terminations, the brasing of the intra-pancake joint, and additional insulation) before it passes on to the resin-impregnation phase. In the meantime, back at the winding table, the fabrication of a second double pancake has already started. Before being wound into turns with specific dimensions, the conductor is wrapped with insulating tape.


It takes five layers of fiberglass-kepton bonded tape and a last layer of glass tape at first go; later on, an extra layer of fiberglass will be inserted in between the turns to ensure the "primary insulation" of the double pancake. Resin-impregnation under vacuum (the next fabrication stage) will guarantee the perfect electrical insulation and mechanical resistance of the pancakes and hence, of the whole coil.


In November, a dummy winding will be used to qualify the impregnation tooling and processes before the first impregnation operation is carried out on a "real" double pancake. Elements of twin impregnation stations are being assembled and welded now. 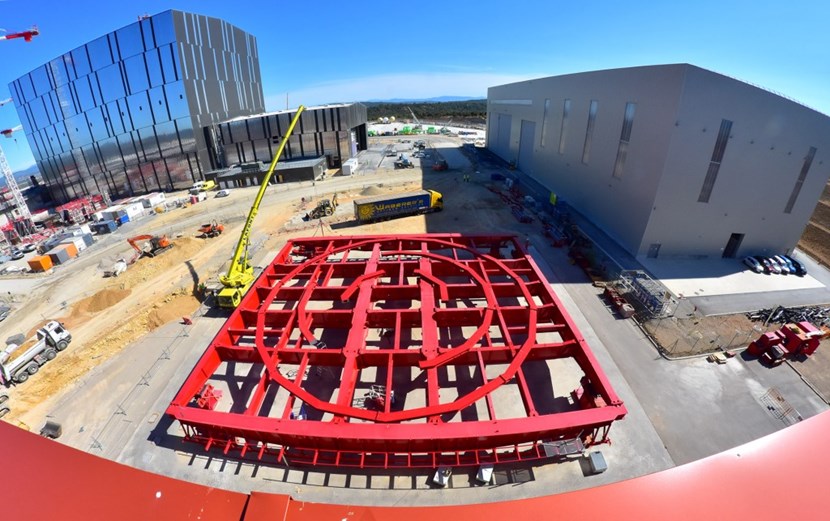 The beams for the new gantry crane, capable of lifting the final coils, have been assembled. Equipped with powerful hydraulic towers, they will be installed inside the facility in the coming weeks.
Further down the manufacturing line, workers are also preparing the final stacking station, where the eight double pancakes of PF5 will be placed one on top of the other and joined, and the station where the full coil assembly will undergo impregnation.


Finally, four bright red hydraulic towers and dozens of crates filled with lifting equipment await assembly at the far end of the building. These elements are part of a powerful new gantry crane, capable of lifting the final coils, which will be installed in the coming weeks.