Birth of an organization

Share Tweet
10 years ago | Birth of an organization
In the fall of 2007, clearing and early levelling works—a contribution from the host state, France—were underway on the ITER platform, a design review for the machine had just been completed, and an international team of 170 people was already at work in a prefabricated building next door at the French Alternative Energies and Atomic Energy Commission (CEA). 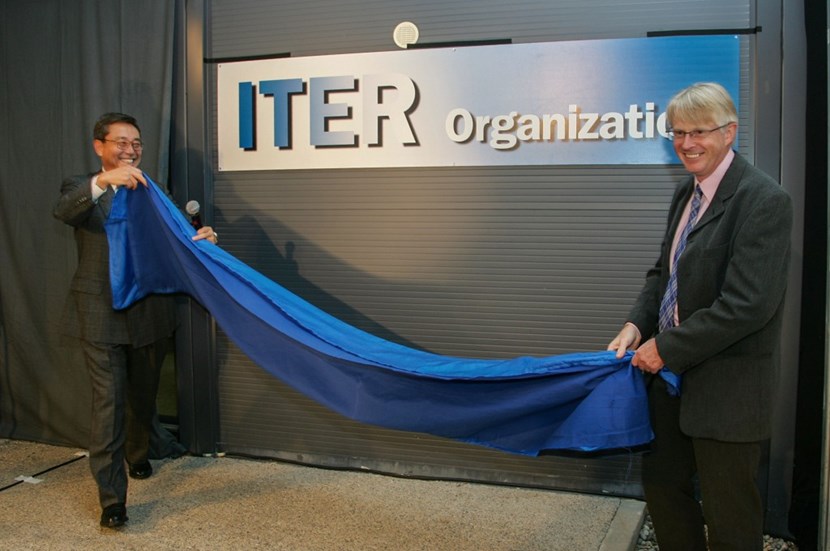 
Eleven months earlier, on 26 November 2006, the ITER Agreement had laid the ground for the establishment of such an entity. But before entering into force, the Agreement needed to be ratified, or approved, by all seven Members, each according to its own domestic procedures.

The establishment of the ITER Organization was celebrated but—from a practical point of view—daily life and work did not change much for the original group of ITER employees.
The process took time. It was eventually completed in the autumn of 2007 and on 24 October, the ITER Project and those who worked for it moved under the umbrella of the newly created ITER International Fusion Energy Organization (ITER Organization).


The event was celebrated by the original group of ITER employees but, from a practical point of view, daily life and work did not change much. Before the official process was completed, the first employees had been seconded to the project by their employer (for example the European Commission, or a government or scientific entity in one of the Members). 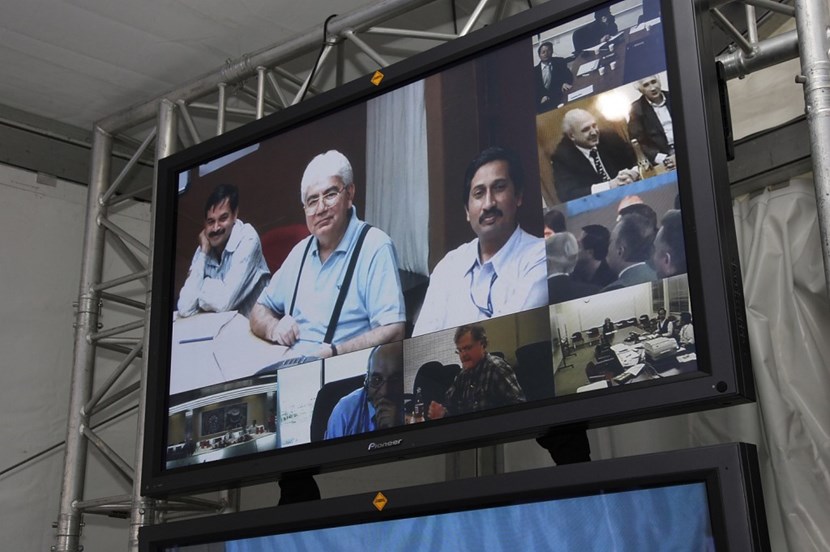 The representatives of the ITER Members participated in the celebration through video link. Clockwise: India, Korea, Russia, the ITER Organization in Saint-Paul-lez-Durance, Japan, the USA, Europe and China.
Now, they would soon be signing a new contract with the ITER Organization, forming the first strata of what is today an international community of more than 800 people.


"By creating the ITER Organization our Member Parties have established a completely new model for international collaboration," said Director-General nominee Kaname Ikeda during the ceremony that was held to celebrate the event. "It is our challenge to show that outstanding talent coming from many different nationalities can also fuse to create a dynamic workforce."