The Tao of Q

Share Tweet
Plasma physics | The Tao of Q
Both the mission and physics of ITER can be reduced to a single letter: Q. To understand the Q of ITER is to understand its most essential operating parameter as well as the raison d'être of the ITER Project. 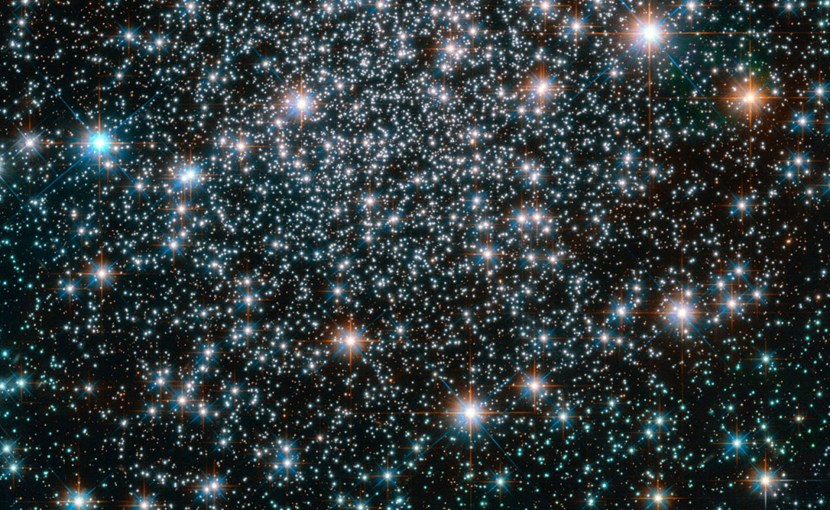 The universe is alive with burning plasmas—billions and billions of nuclear furnaces tirelessly fusing hydrogen atoms. With ITER, for the first time in the history of man, a burning plasma will be created on Earth.
What then is the meaning of Q?


Quantitatively, Q is the out-versus-in power amplification ratio of the fusion reaction: the ratio of the amount of thermal power produced by hydrogen fusion compared to the amount of thermal power injected to superheat the plasma and initiate the reaction. ITER is designed to produce plasmas having Q ≥ 10: meaning that injecting 50 megawatts of heating power into the plasma will produce a fusion output of at least 500 megawatts.


Qualitatively, the Q of ITER signifies the achievement of a "burning plasma"—a state of matter that has never been produced on Earth and that will usher in a new era of fusion research. In a burning plasma, the energy of the helium nuclei produced when hydrogen isotopes fuse (see box below) becomes large enough—because of the large number of reactions—to exceed the plasma heating that is injected from external sources. This is an essential condition for one day generating electricity from fusion power, and enabling scientists from 35 countries to study burning plasmas is the primary scientific motivation of the ITER Project.


Essentially, all other major aspects of tokamak plasma physics have been demonstrated and studied in smaller machines. In engineering terms, the construction of a tokamak capable of creating and sustaining a burning plasma for periods ranging from hundreds to thousands of seconds requires the development of "reactor-like" tokamak systems across virtually the entire range of fusion technologies. The study of burning plasmas in ITER is intended to demonstrate the feasibility of building commercial fusion power plants for electricity generation.


Plasma energy breakeven, or Q=1, has never been achieved in a fusion device: the current record is held by the European tokamak JET (UK), which succeeded in generating a Q of 0.67. ITER's Q value of ≥10 makes it a first-of-kind machine.
How did ITER's designers choose the specific Q value? Accounting for the size of ITER's vacuum vessel (830 cubic metres) and the strength of the confining magnetic field (5.3 Tesla), the ITER plasma can carry a current of up to 15 megaamperes. Under these conditions, an input thermal power of 50 megawatts is needed to bring the hydrogen plasma in the vessel to about 150 million degrees Celsius. This temperature in turn translates to a high enough velocity, among a sufficient population of hydrogen nuclei, to induce fusion at a rate that will produce at least 500 megawatts of thermal power output.

The fusion between the nuclei of the hydrogen isotopes deuterium (D) and tritium (T) produces one helium nucleus, also called an "alpha particle," and one neutron.

The helium nucleus, which carries 20% of the energy produced by the fusion reaction, is electrically charged. It remains confined by the magnetic fields of the tokamak and contributes to the continued heating of the plasma. When heating by the helium nuclei is dominant ("alpha heating") the plasma is said to be a "burning plasma."

The neutron, which carries 80% of the energy produced by the fusion reaction, has no electrical charge and is therefore unaffected by magnetic fields. It escapes from the plasma.

It is the impact of the neutrons on the inner walls of the machine that generates heat, which in ITER will be evacuated, but which in future fusion plants will produce pressurized steam and start the process, by way of a turbine and an alternator, of electricity production.

During ITER's full deuterium-tritium fusion power operation, three heating systems will be employed: electron cyclotron resonance heating (ECRH), capable of injecting up to 20 megawatts; ion cyclotron radiofrequency heating (ICRF), with a similar 20 megawatt maximum heating capability; and the neutral beam (NB) heating system, capable of injecting a maximum of 33 megawatts into the plasma. Thus, 73 megawatts of plasma heating will be available to ITER operators, well above the 50 megawatts required.


Why stop at a Q of 10? Why not design ITER for a Q of 30, or 50? The answer is clear: expense. For tokamaks, size and magnetic field strength matter. In simple terms, increasing Q would require an increase in the major radius or in the magnetic field strength. Either approach would have increased the cost of the device unnecessarily, whereas the achievement of Q ≥ 10 is sufficient to allow the primary scientific and technology goals of the project to be satisfied.


And a related question: Why not design ITER to produce electricity? This would also have required an increase in cost with no great benefit to the goals of the project. ITER is an experimental device designed to operate with a wide range of plasma conditions in order to develop a deeper understanding of the physics of burning plasmas, and to allow the exploration of optimum parameters for plasma operation in a power plant. The addition of the systems required to convert fusion power to high temperature steam to drive an electricity generator would not have been cost-effective, since the pattern of experimental operation of a tokamak such as ITER will allow for very limited generation of electricity.


Commercial fusion plants will be designed based on a power balance that accounts for the entire facility: the electricity output, sent to the industrial grid, compared to the electricity consumed by the facility itself—not only in tokamak heating, but also in secondary systems such as the electricity used to power the electromagnets, cool the cryogenics plant, and run diagnostics and control systems.


Not so with ITER. The ITER cryogenics plant and magnet conversion facilities are designed to operate efficiently, cooling the superconductor magnets to -269 °C and powering them to generate the necessary 15 megaamperes of plasma current. But the electricity consumed in these systems has no bearing on the thermal power balance of the plasma itself, and it is the burning (or largely self-heating) plasma that is of interest to ITER's scientists. With the physics of magnetically confined burning plasmas accessible for the first time in history, ITER's legacy will burn brightly in the fusion electricity plants of the years to come.