Share Tweet
Tokamak cooling system | Final design achieved
To remove the heat from the components closest to the plasma, the tokamak cooling water system will rely on over 36 kilometres of nuclear-grade piping and fittings as well as a large number supports, valves, pumps, heat exchangers and tanks—all integrated into the limited space of the Tokamak Complex. The way has now been cleared for the fabrication and assembly of this complex system, after a final design review was held successfully held in November for the elements that need to be in place by First Plasma. 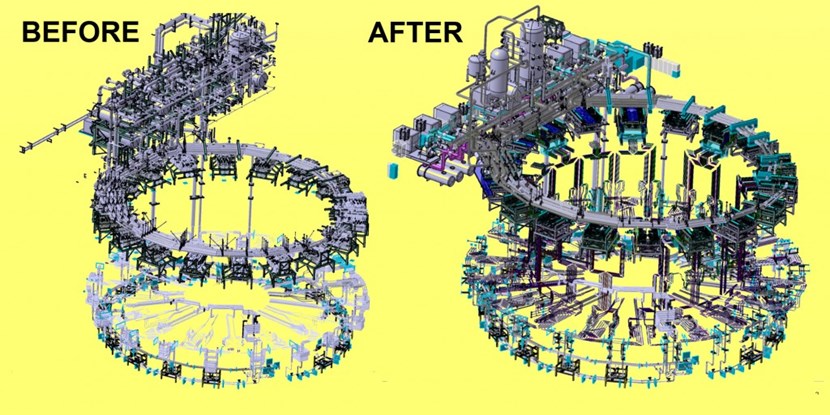 After a comprehensive re-design of the tokamak cooling water system, manufacturing can now begin for components that, according to construction sequencing requirements, need to be installed before the machine's First Plasma.
At your home, water is delivered to the tap at a flow rate of 0.1 m³/ second, a velocity of 1 metre/ second, and at a pressure of around 3.5 bars.


In contrast, the water will surge through the pipes of ITER's tokamak cooling water system (TCWS) at a flow rate of 5 m³/second, a velocity of 10 metres/second, and a pressure of 14 bars (up to 50 bars at the pump outlet).


The TCWS is a one-of-a-kind nuclear system that is similar in complexity and scope to the cooling systems in a commercial nuclear power plant but—because of the unique design architecture of the machine—is much larger in size. The cooling system will have the capacity to remove up to a gigawatt of heat from the Tokamak. (For perspective, a gigawatt—one billion watts—provides enough power for the needs of a small city.) The TCWS will also provide capabilities that are not used in power plants, such as baking and drying in-vessel components, leak detection, and tokamak maintenance. The system will interface with the secondary cooling system, provided by India, as well as with other ITER plant systems.
System layout and design have been challenging for a number of reasons, including limited space, a large number of interfacing systems, and the fact that—as a safety-important system for the containment of radioactive water—TCWS components must comply with French nuclear pressure equipment directives. All 36 kilometres (1,200 tonnes) of piping and fittings, along with 12,000 structural supports, 3,000 valves, and 100 pieces of equipment will be installed in tight spaces inside the Tokamak Complex.


An innovative arrangement was founded in 2013 to ensure that the procurement and integration could be carried out in the most efficient and cost-effective manner possible. While the global responsibility for the TCWS remains with the US Domestic Agency, part of the scope (including final design, and the procurement of piping) was transferred to a US-funded team based at ITER Organization headquarters, which is carrying out these activities on behalf of US ITER. 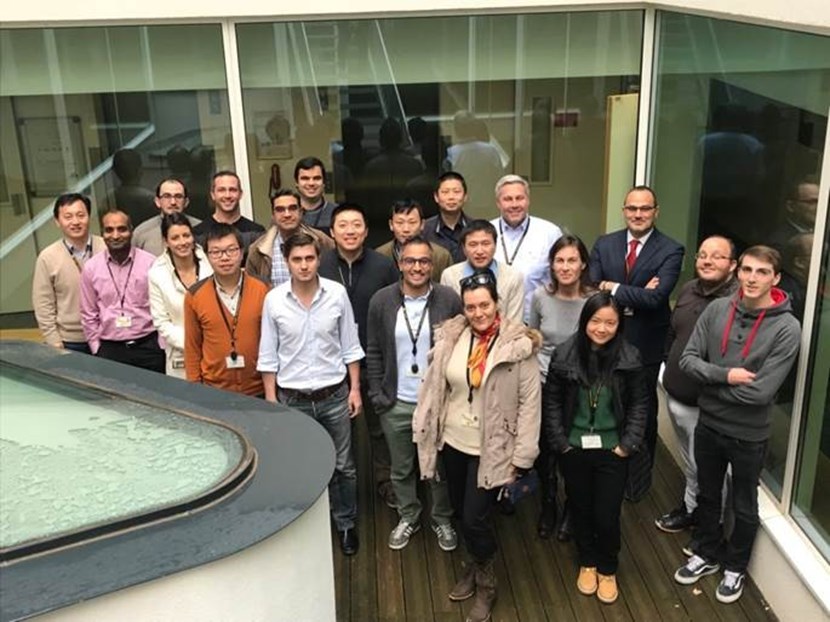 The design was done in-house at ITER on behalf of the US Domestic Agency. A small team, plus outside engineering support, was the most efficient and cost-effective way to go about the final design of the system. (Team head Moustafa Moteleb is pictured in the back right-hand corner.)
Moustafa Moteleb heads the Tokamak Cooling Water System Division at ITER. "With a team of fewer than 30 people at ITER Headquarters, we have been able to produce high-quality work ... improving the initial design of the system, reducing cost, and bringing the first-round of components to the required level of maturity. We have been using Earned Value Management from the start to monitor our own performance against the schedule and to track cost savings."


The final design solution proposed by the ITER TCWS team addresses the important issue of the protecting electronics inside the Tokamak from the effect of activated cooling water—an issue that had been flagged at an earlier design stage. Through the use of specialized expertise and precise modelling tools, the team was able to propose a solution that meets all project requirements on safety.


"The design incorporates a configuration that was approved by Director-General Bigot in June 2015, which significantly improved the investment protection of electronics," says Moustafa. "For many areas, the strategy focused on additional shielding, relocation, and/or the qualification of electronics to withstand the harsh environment. While planning for in-service inspection of TCWS components remains a challenge due to the congestion of equipment, worker exposure rates inside the Tokamak are well below acceptable norms in fission plants."


Now the design of the TCWS piping and components has been confirmed—first at a design readiness review held at US ITER in September, followed by two design integration reviews at ITER in October, and finally in a three-day final review in November attended by approximately 40 experts from the ITER Organization, US ITER, and the industry.


The manufacturing of critical components like heat exchangers and pressurizers, expected on site from 2021 on, can begin.


"It is very exciting to be entering this new phase, with a major part of the design behind us and manufacturing contracts planned in 2018," says Moustafa. "The TCWS team at the ITER Organization dedicates this successful final design review for first-phase components to Responsible Officers Jan Berry and Brad Nelson, who have recently retired from US ITER. They have been involved since the system conceptual design, and without their strong contributions over the years we could not be where we are today."


As for the TCWS team at ITER, they have their work set out for them with the design of second-phase components as well as pre-fabrication engineering studies to reduce the amount of pipe welding carried out on site. Pipe installation will begin in late 2019 inside the Tokamak.