Campaign opens for the 6th generation

Share Tweet
Monaco-ITER Fellows | Campaign opens for the 6th generation
The ink has only just dried on the second Monaco-ITER Partnership Arrangement. Funded by the Principality of Monaco, the Arrangement allows the ITER Organization to continue for another ten years to host young scientists and engineers and support their fusion-related research efforts. The conclusion of the agreement also signals the start of a new round of recruitment. As of this week, interested candidates can apply to become a Monaco Postdoctoral Fellow in 2018. 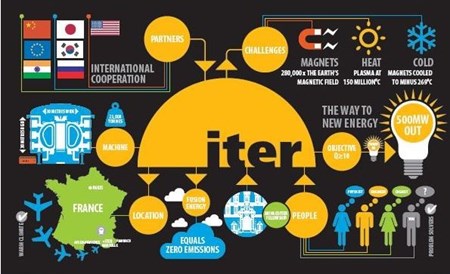 The 2018 campaign for the Principality of Monaco/ITER Postdoctoral Fellowships is open. Interested young scientists and engineers are invited to apply by 1 March.
"The postdoctoral fellowship program enables us to engage young people in the ITER Project. We are basically training the next generation of fusion scientists and engineers," says David Campbell, the former Head of ITER's Science & Operations Department, who had been running the fellowship since its inception in 2008.


Since then, 25 young scientists and engineers have been able to participate in ITER, and five of them are still in the middle of their two-year stint. "It's fantastic for them and fantastic for us," agrees Tim Luce, who recently took over as Head of Science & Operations, when describing the benefits of the program for the Fellows and for the project.


"They are working on some of the cutting-edge issues in science and technology, with some of the leading people in those areas. It's a great kick-start to their careers," says Campbell. And what's in it for ITER? "We get brilliant PhDs who can spend all their time on issues that we need resolved," Luce adds. "It's a win-win situation."

There is growing interest in the program among young scientists across the ITER Member higher educational communities. In 2009, the first group of five researchers was selected from among 28 applicants. The current generation of Monaco Fellows had to face a more challenging selection process, similar to that at leading universities, as they were selected from a pool of over 90 young scientists and engineers. "In the upcoming recruitment campaign we expect to have even more applicants," says Luce.


Their work directly feeds into the project. "We were given proposals for our time here, but we could also give our input," says Himank, who earned his PhD at the Ecole Polytechnique Fédérale de Lausanne and who works on the development of a real-time first wall heat flux controller for the ITER Tokamak. 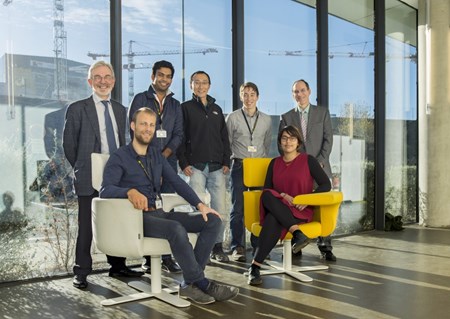 The current group of Monaco Fellows with the former and current Heads of ITER's Science & Operations Department: David Campbell (left) and Tim Luce (right). For them ITER is the place to be.
At the same time, having performed research as a Monaco Fellow at ITER will certainly give a boost to careers. Di, who has a PhD from Bejing University, investigates disruption-related macroscopic magnetohydrodynamics (MHD) and density increase as a result of shattered pellet injection. "I am learning a lot in my work here, improving both my academic skills and my knowledge in this area."


Fellows are fully integrated in the work structure at ITER according to Ryan, who received his PhD from Columbia University in New York and whose work involves ensuring the even distribution of thermal and magnetic energies across the first wall during plasma disruptions by injecting shattered pellets of frozen neon. "We have all made a number of connections here that will keep us networked. That's a huge benefit for the future."


A little over halfway through their time at ITER, the Fellows share a positive outlook on the future and on the impact of their two-year experience. Aneeqa got her PhD at the University of Manchester and has worked on material erosion/migration and on fuel retention since she joined ITER. "Working here has opened up opportunities," she says. "I have a set of new skills that are really transferrable to other areas, not just fusion."


Toon earned his PhD through the European Erasmus program at Eindhoven and Madrid Universities, and already during that time he worked closely with ITER. His work on 3D stability continued seamlessly when he became a Monaco Fellow. Asked what he would tell those interested in the fellowship opportunity at ITER, he summed up what all five current Fellows illustrate with their enthusiasm and engagement: "It's the best thing you can do if you are interested in fusion."


The sixth recruitment campaign begins this week, for Fellowships beginning in autumn 2018. Interested young scientists and engineers are invited to submit their applications before 1 March 2018. Interviews will take place on 3 and 4 April 2018.


For more information on the Principality of Monaco/ITER Postdoctoral Fellowships please consult this website.