What happens to the car keys?

Share Tweet
Naive question of the week | What happens to the car keys?
We begin today a new series that aims to answer basic, even naive, questions about fusion and ITER.


An image used often, when trying to convey the amount of energy stored into the ITER central solenoid, is that of a magnet lifting an aircraft carrier out of the water. 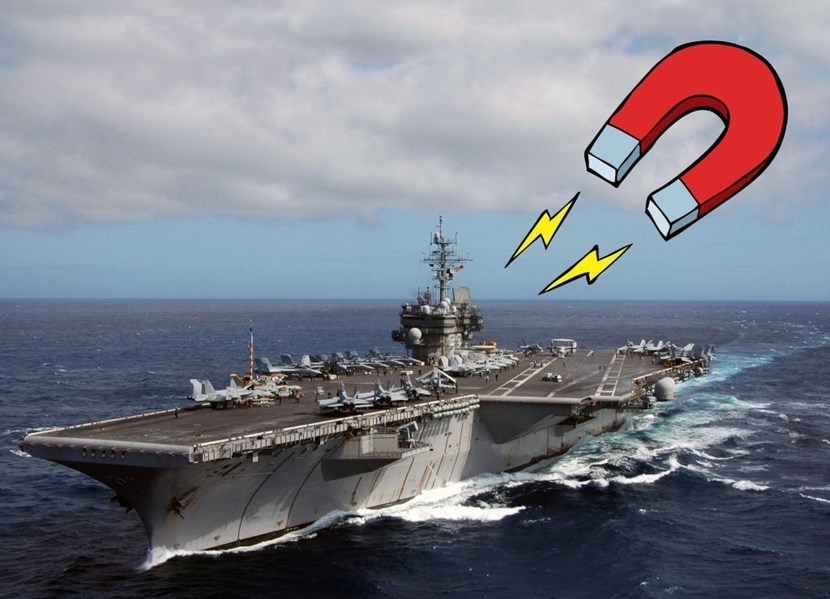 The ITER central solenoid is one of the most massive (1,000 tonnes) and powerful magnets ever manufactured. It could lift an aircraft carrier from the water. But could it also snatch the car keys from the pocket of an operator standing in the Diagnostics Building, some 30 metres distant?
Convenient images, of course, simplify reality. Here is a little more explanation on this one:


"The top and bottom halves of the central solenoid are attracted to each other with a force of 50,000 tonnes," explains Neil Mitchell, the head of ITER Magnet Division. "If there was a gap in the middle of the 18-metre-high component, and if a 100,000-tonne aircraft-carrier was attached to the bottom, the carrier would indeed be lifted until the gap closed."


This leads to the naive question of the week. If the massive magnet is powerful enough to lift an aircraft carrier, could it snatch the car keys from the pocket of an operator standing in the Diagnostics Building, some 30 metres away?


Powerful magnets are known to do this kind of trick. Paul Libeyre, ITER Central Solenoid, Support and Performance Section Leader, remembers visiting the Philips research centre in Eindhoven (Netherlands) where some of the most powerful magnets for magnetic resonance imaging (MRI) are assembled.


"They did several demonstrations on how a powerful MRI magnet attracts anything metallic in its vicinity with considerable force—coins, trays, drip stands, and even a wheelchair! It was quite impressive."


The keyword here is "vicinity." Like many things in nature (light, radiowaves, gravity, sound ...) the intensity of a magnetic field follows what is called the inverse-square law. The force of a magnet decreases so rapidly that at a distance of 30 metres it has lost 99.9 percent of its original intensity.


In the pocket of the diagnostics operator, therefore, car keys are perfectly safe.