Share Tweet
ITER magnets | 400-tonne coil taking shape in China
The first poloidal field coil to be installed during the ITER machine assembly phase may be one of the smallest in terms of lateral dimensions, but it tops out its five sister coils in weight due to the number of stacked layers (or double pancakes) that go into its construction. 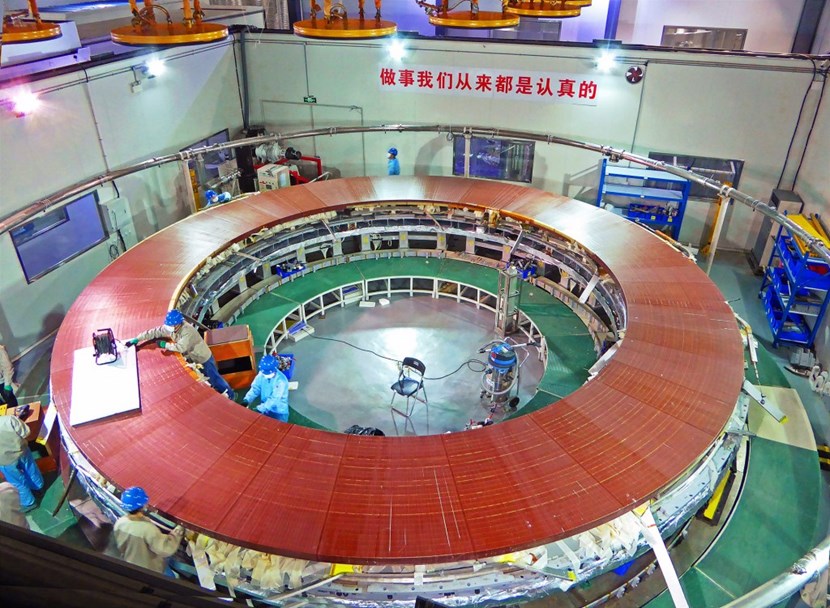 
The sixth coil is the only one of the poloidal field set with nine double pancakes, compared to six or eight for the others. It also has double the number of spiral-like turns of the similar-sized PF1—meaning that more conductor is required. Finally, the clamp arrangement for the assembled PF6 coil will be heavier than the others due to an exceptionally thick bottom plate.


By September of this year, the contractor expects to have completed the fabrication process for the nine double pancakes—including winding, impregnation, and the creation of helium and electrical joints.