Share Tweet
Icon | Microsoft co-founder visits ITER
He co-founded of one of the most iconic companies of the last half-century. His philanthropy and technology innovation has made him a champion in the fight against Ebola ... a primary funder of major brain science and artificial intelligence research ... and a leader of multiple deep-sea wreck discovery and recovery missions. He is the executive producer of several award-winning films. He owns three professional sports teams. And he is a passionate guitarist.


So why would Paul Allen of Microsoft fame decide to carve out time from his very full life to visit ITER? 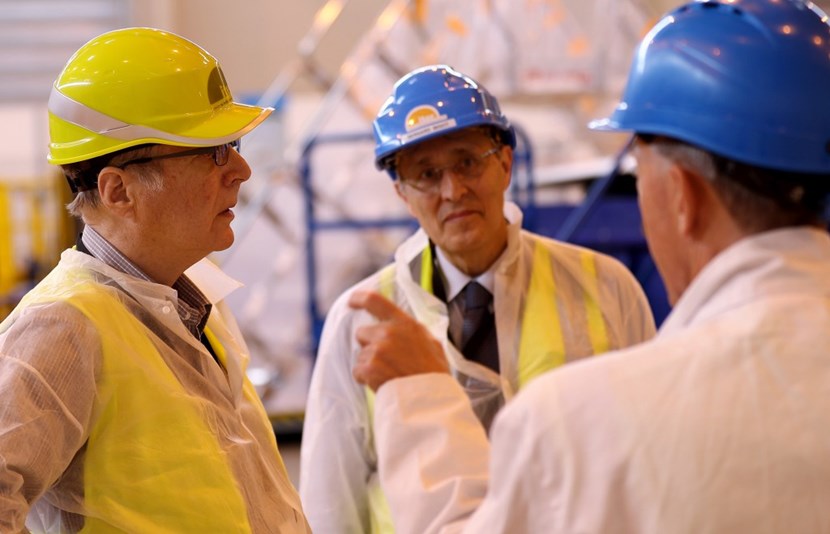 ''A visit to ITER was my chance to see preparations for the birth of a star on Earth,'' said Paul Allen (left) on his recent tour of the ITER worksite.


In Allen's words, "I was at the Cannes Film Festival, supporting the new Star Wars film. A visit to ITER was my chance to see preparations for the birth of a star on Earth."


A rapid review of Allen's diverse investment and philanthropic portfolios—from his 1975 co-founding of Microsoft with Bill Gates to his most recent ventures in bioscience, environmental conservation, and microgrids in Africa—reveals a fertile mind driven by curiosity and a remarkably broad range of interests. This includes fusion. Through his company, Vulcan, Inc., Allen has long been an investor in TAE Technologies, formerly Tri Alpha Energy, a 20-year-old privately funded effort to develop aneutronic¹ fusion power based on a field-reversed configuration.


For ITER, it was an honour for Director-General Bernard Bigot and chief scientist Tim Luce to host Allen and his team. Global progress in ITER's manufacturing and construction activities was a central point of interest—as was the set of remaining engineering and science hurdles that must be addressed to bring tokamak fusion to commercial fruition.


¹A field-reversed configuration differs from a tokamak in that the magnetic confinement of the plasma is controlled by eddy currents reversing the axial field, rather than by using a solenoid to generate an ambient field.