Make way for the elephants!

Share Tweet
ITER Itinerary | Make way for the elephants!
Hannibal, crossing the Alps in the 3rd century BC, faced a critical problem: how would he get his elephants through the narrow mountain passes that opened to the plains of northern Italy he intended to march through? Laser measurements, 360-degree 3D scanning, and ''point cloud'' extraction were used to capture the precise topography of the two ''blocking points'' on the last leg of the ITER Itinerary (rendered here: the narrow passage between two small cliffs).
ITER logistics provider DAHER also has elephants to deliver to the ITER construction site. And like Hannibal two millennia ago, the company will encounter obstacles that have to be overcome.


The historical parallel ends there, however. ITER's elephants are much larger and up to one hundred times heavier than Hannibal's, and modern technology offers more efficient rock-removal techniques than the pouring of vinegar on heated rocks¹.

Poloidal coil #6 (PF6) is being manufactured in China under an agreement signed between the Institute of Plasma Physics of the Chinese Academy of Sciences (ASIPP) and the procuring party, the European Domestic Agency (see this recent report).

At 10 metres in diameter PF6 is the second-smallest of the six ring-shaped coils that circle the machine's vacuum vessel yet—due to its many clamps and protection cover—it is the heaviest (396 tonnes).

Like all other "highly exceptional loads" (HEL), PF6 will be unloaded at Marseille's industrial harbour (Fos-sur-Mer) and transported along the 104-kilometre-long ITER Itinerary.

Loaded on a specific trailer capable of following the most precisely planned trajectory, however sinuous, the coil's journey could take as much as five nights (as opposed to three for most HEL convoys).

Transporting the ITER components from Fos-sur-Mer to the construction site in Saint-Paul-lez-Durance is the responsibility of Europe. This strategic mission has been entrusted to logistics provider DAHER, who has successfully delivered 65 HEL to ITER since 2015.

Partly financed by Europe, the works recently performed on the Itinerary involved all of these different actors.

Still—ensuring the passage for the first ring-shaped coil of the ITER Tokamak (poloidal field coil #6, or PF6) was one of the most delicate, precise and complex operations the logistics operator has had to face since it began transporting ITER components along the ITER Itinerary in 2015.


The geometry of the load and the particular topography of the terrain combine to explain the challenge.


The package that contains PF6 (the second-smallest of the six coils that circle the vacuum vessel) is 12 metres long, 11 metres wide and a little more than 4 metres high.


Originally, the load was meant to be transported in an inclined position, which would have allowed the passage through the narrowest sections of the ITER Itinerary.


However, in order to minimize the risk of transport-related damage to the coil, this option was abandoned and it was decided instead to place the load flat on the trailer bed. The problem was that in this position, the load's width exceeded the Itinerary's gauge by almost two metres. 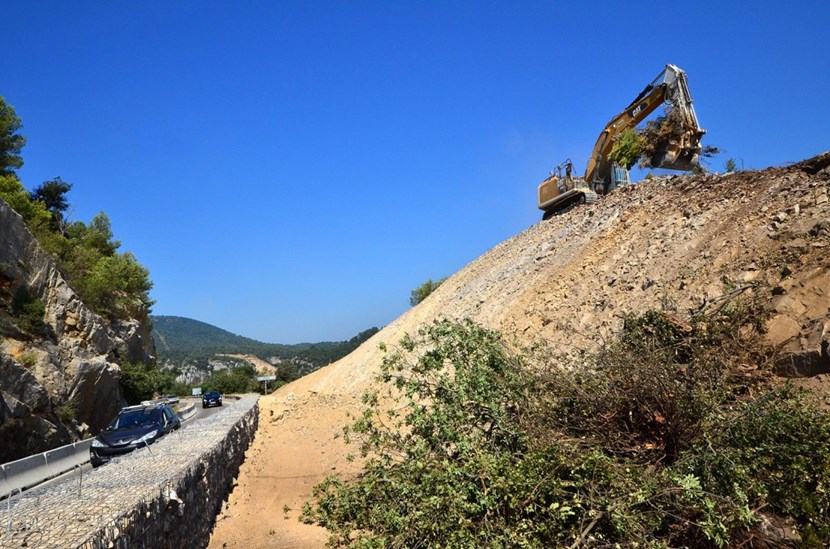 No longer a narrow passage between two small cliffs: approximately 1,700 cubic metres of rock were removed from this area a few kilometres away from the ITER site to allow for the passage of the first ring-shaped coil of the ITER Tokamak.
Two "blocking points" were identified: a 700-metre tree-lined section of road in the nearby village of Peyrolles, and a passage between two small cliffs a few kilometres ahead of the ITER site.


Using laser measurements, 360-degree 3D scanning and "point cloud" extraction, DAHER experts captured the precise topography of both sites, inserted a 3D model of the load sitting on its trailer, and produced an animated real-scale virtual rendition of the passage of the PF6 convoy.


In the case of the tree-lined road, the degree of precision achieved by DAHER made it possible to identify every single branch that could potentially stand in the way of the convoy, decide which ones needed to be pruned, and plot an adapted slalom course for the trailer.


The same techniques were applied to the cliff passage in order to minimize the amount of rock and vegetation to be removed, and hence the cost of the operation.


Performed between 16 July and 9 August, the rock removal operation faced one additional challenge: operators needed to ensure that the vibrations generated by the excavators did not impact the concrete structure of the old water canal running under the road. 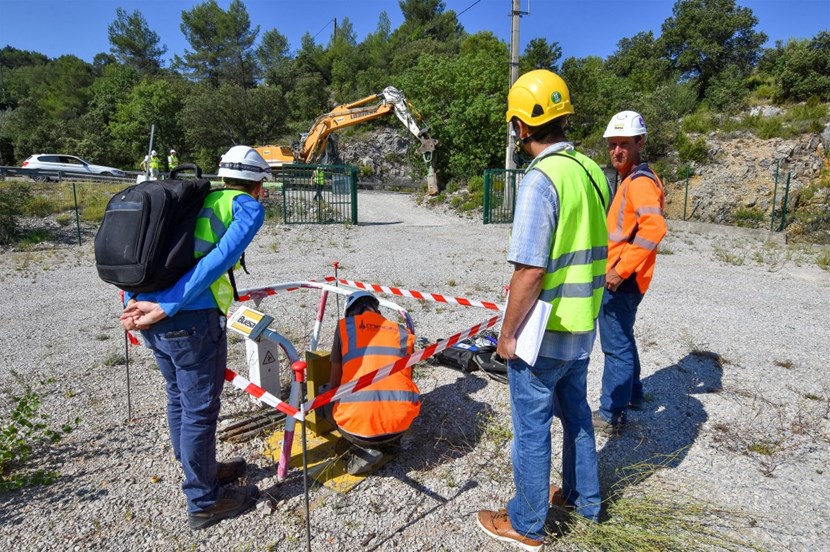 
By 9 August, 1,700 cubic metres of rock had been removed and the vertical cliff cut to a 40-degree slant. The road is now open for the largest and most delicate elephants to be delivered to ITER: not only poloidal field coil #6, but also, beginning next year, the 18 toroidal field coils (10 metres wide, 17 metres high) that will also be able to travel in a flat position.


¹ According to Roman historians Polybius and Titus Livius, Hannibal, faced with a huge boulder blocking his way, had a pyre amassed around the stone and set afire. When the rock was red-hot and began fissuring, he had vinegar poured into the cracks. The chemical reaction between the hot limestone and the acetic acid contained in the vinegar accelerated the fracturing process. Using crowbars and wedges, sappers were then able to slit the rock and pry it to pieces.