Have heatshield, will travel

Share Tweet
Langmuir probes | Have heatshield, will travel
Delivering components to the ITER site requires massive logistics ... most of the time. At others, an airline passenger's pocket suffices. Of course, it is a matter of size—the five "Langmuir probe" heat shield mockups that were delivered by hand last week by He Kaihui of the Chinese Domestic Agency are no bigger than (and look quite like) a bullet. 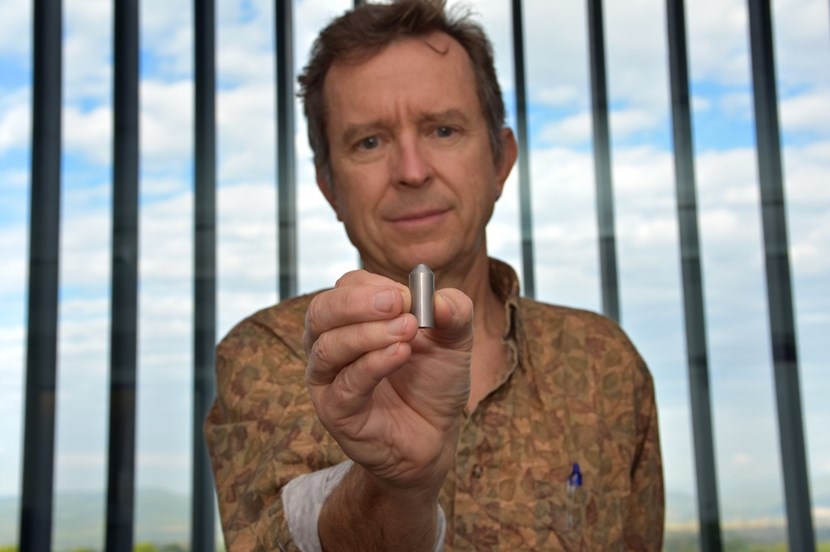 Diagnostics Physicist Christopher Watts holds the latest delivery to ITER in his hand: a bullet-shaped Langmuir probe shield mockup that was fabricated in China, and that will now undergo testing in Germany, Japan and the Netherlands.


Langmuir probes were developed in the early 1920s by American physicist Irving Langmuir (1881-1957) to measure the temperature and density of ionized gases—a  state of matter for which Langmuir coined the word "plasma."


"A Langmuir probe is basically an electrode that is inserted into the plasma," explains Diagnostics Physicist Christopher Watts, who was on the receiving end of the delivery.
"The electrode is hooked up to a voltage and, as the voltage varies, electrons and ions are 'sucked in.'"

The heatshield design has evolved over the years. from right to left: May 2014; December 2017; March 2018; September 2018.
In ITER the plasma is so hot that no probe would survive insertion. There is, however, a reasonably "cool" place inside the machine located in the most unexpected component: the divertor, whose "targets" are exposed to heat loads close to those at the surface of the Sun.


Thanks to the neutral gas that is puffed in to cool the plasma in the vicinity of the divertor, the gaps between adjacent targets are blessed with an almost balmy climate: the temperature is in the range of 2,500 °C and—provided the probe is encased in a proper heat shield—its chances of survival are high.
"The probes are partially sacrificial components," says Watts. "We'll mount 400, and over the total we do not expect to lose more than 10 percent."


In this perspective, the efficiency of the probe's tungsten heat shield is of crucial importance. Designed by China's Southwestern Institute of Physics (SWIP) and manufactured by Xiamen Tungsten Corp. the five mockups (out of a total of 18) that He Kaihui delivered to ITER will go through a series of tests ... that will require quite a bit of travelling. 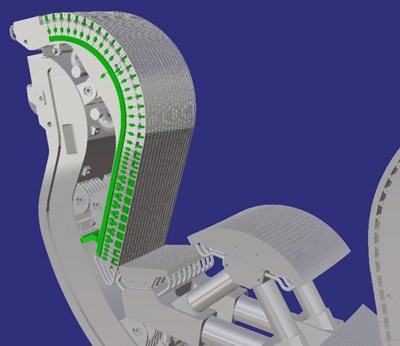 Four hundred probes will be installed in the ''coolest'' regions of the divertor: the gaps between adjacent targets where temperature does not exceed 2,500 °C
Twelve of the mockups will go to Germany to Research Instruments, Gmbh where each will be brazed and bonded to a tungsten "monoblock." (Monoblocks are the building bricks of the divertor targets, and there will be approximately 300,000 of them in the divertor.) Similar tests will be conducted in Japan on the other six mockups.


As tungsten is notoriously difficult to bond, both the German and Japanese tests will verify the mechanical resistance of the heat shield plus monoblock assembly.


Of the 12 assemblies tested in Germany, six will be cut and closely analyzed, while the six others will head to QST in Japan to be exposed to powerful halogen lights that will deliver heat loads representative of those actually experienced in the divertor area.


Following halogen exposure, the assemblies will be flown to the Dutch Institute for Fundamental Energy Research (DIFFER) to be placed inside the Magnum PSI plasma generator and experience the real thing at last: particle and heat fluxes as intense as those of an ITER plasma.