JET gets an injection

Share Tweet
Disruption mitigation | JET gets an injection
A shattered pellet injector using the same technology as that planned for disruption mitigation on ITER will be tested soon on the JET tokamak at the Culham Centre for Fusion Energy (UK). Technical commissioning of the components is underway. 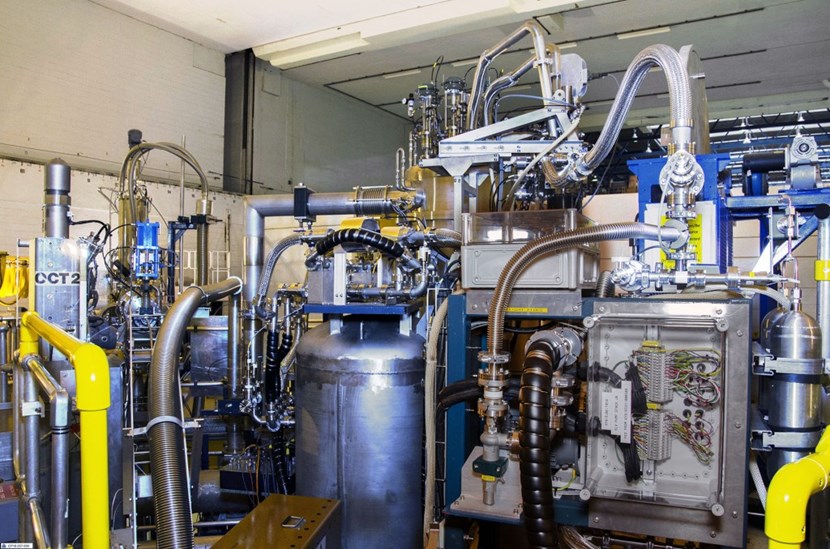 Tubes and tanks and elbows: this shattered pellet injector installed on the JET tokamak is capable of shooting frozen pellets of deuterium, neon, argon into the plasma at speeds of 500-1800 km per hour when a disruption is detected. Testing the equipment on JET will help the ITER Disruption Mitigation Task Force validate design choices for the ITER system.
At the Culham Centre for Fusion Energy in the UK, a global team has been working together to install and commission a shattered pellet injector on the European tokamak JET.


Contributors from US ITER, EUROfusion, the ITER Organization, Culham Centre for Fusion Energy, and Oak Ridge National Laboratory (with support from the US Department of Energy, Fusion Energy Sciences) are interested in testing the shattered pellet technique for disruption mitigation on the world's largest operating tokamak, after performing similar experiments at General Atomic's DIII-D machine (US), which has a plasma volume four times smaller.


"We are very excited to start testing the new shattered pellet injector on JET—it is a core part of EUROfusion's upcoming program," said Joe Milnes, JET Operating Contract Senior Manager for the UK Atomic Energy Authority. "The dedication shown by the project team to get the equipment installed and commissioned has been vital, and I'm sure they will feel immensely proud when the first shattered pellets are injected and the first results are published."


In order to produce a self-heated, burning plasma on ITER, a disruption mitigation system is essential. Plasma disruptions can produce large heat loads, electromagnetic forces, and runaway electron beams. After investigating different designs, ITER partners concluded in a 2017 international workshop that the injection of frozen pellets of deuterium, neon, and/or argon will be the baseline method for the ITER system. Experiments on the DIII-D tokamak in San Diego, California, produced findings that shattered pellet injection leads to more effective thermal mitigation than another technique that was investigated—massive gas injection—with deeper penetration of the fragment spray. 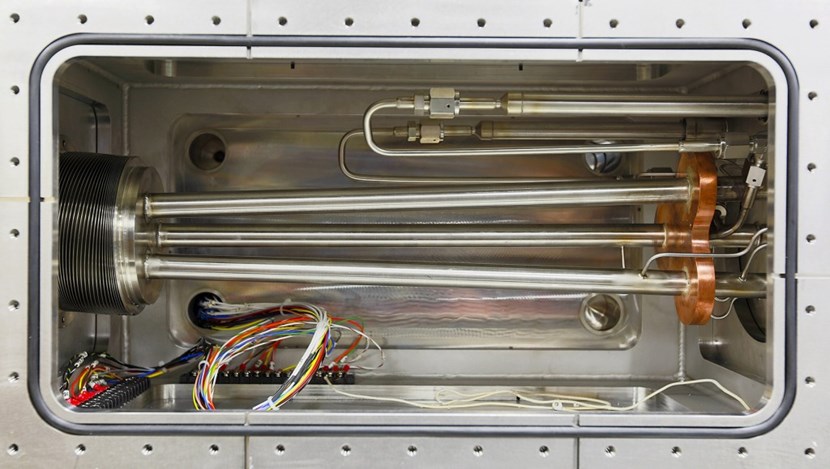 The three-barrel pellet injector can shoot three distinct pellets, sized from 4.5 mm to 12.5 mm, depending on the experiment.
"The extrapolation of shattered pellet injection performance to ITER is greatly enhanced by employing an injector on JET to see how the mitigation metrics scale with plasma size and energy. This will give us higher confidence in the predicted mitigation outcome on ITER," said Larry Baylor, distinguished scientist at Oak Ridge National Laboratory's Fusion Energy Division. "A unique feature of JET is that it has an ITER-like wall of beryllium and tungsten, which influences disruption behavior."


Shattered pellet injection involves cryogenically freezing pellets of deuterium, neon, argon, or some combination in a specially designed cryogenic "pipe gun." The pellet is injected into the plasma at speeds of 500-1800 km per hour when a disruption is detected. By shattering the pellets in a curved tube before the material enters the vacuum vessel, it is possible to form collimated sprays of pellet material that penetrate deeply and rapidly into the plasma. For ITER, a sufficient quantity of material must be delivered to the plasma when a disruption is detected, as the ITER plasma volume is ten times greater than JET's. This quantity will be achieved with multiple shattered pellets and multiple injectors.


The shattered pellet injector installed on JET is similar to those planned for use on ITER, but scaled to JET plasma parameters. The injector will utilize three distinct pellets, sized from 4.5 mm to 12.5 mm, depending on the experiment.


"The experiments will help answer questions about whether shattered pellet injection will remove energy from the plasma fast enough and uniformly enough to effectively mitigate disruptions in a large tokamak," said Baylor. "We'll also learn how the physics of shattered pellet injector disruption mitigation scales to larger, more energetic plasmas."


Planning is already underway for other injector experiments on the KSTAR tokamak in Korea. In the KSTAR experiments, two identical 3-barrel shattered pellet injector systems will be deployed to mimic the planned multi-injector approach at ITER. These experiments are part of the efforts of the ITER Disruption Mitigation Task Force to validate design choices for the ITER system and to develop the technology to an industrial level to face the challenges in the ITER environment.