Testing a neutral beam for diagnostics

Share Tweet
ITER India | Testing a neutral beam for diagnostics
Every 23 seconds during fusion operation, a probe beam will penetrate deep into the core of the ITER plasma to aid in the detection of helium ash—one of fusion's products and a reliable indicator of reaction efficiency. The beam is generated by the diagnostic neutral beam system, an in-kind contribution from ITER India. 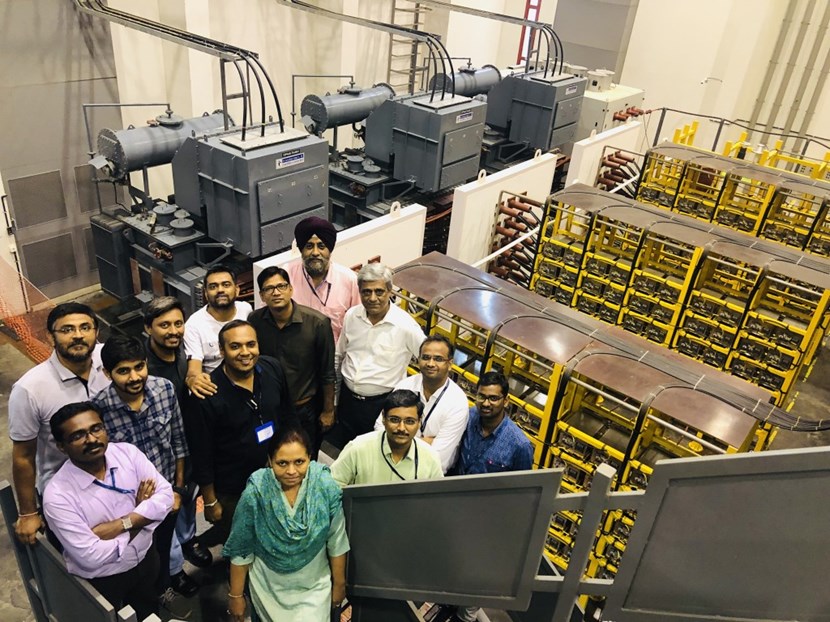 When manufacturers deliver the final components for integration next year, including the crucial beam source, the team at ITER India will have constructed a full-scale testbed for the characterization of the diagnostic neutral beam before delivery to ITER. Three years of fine-tuning and performance optimization and demonstration are planned.


The role of the diagnostic neutral beam in the detection of helium ash is essential. From two places in the ITER vacuum vessel, at perpendicular viewing points to the probe beam, CXRS diagnostic instruments (for Charge eXchange Recombination Spectroscopy) will detect the light produced by the exchanges between helium atoms in an excited state and the beam—the only direct method for diagnosing the concentration of helium ash in the core plasma. 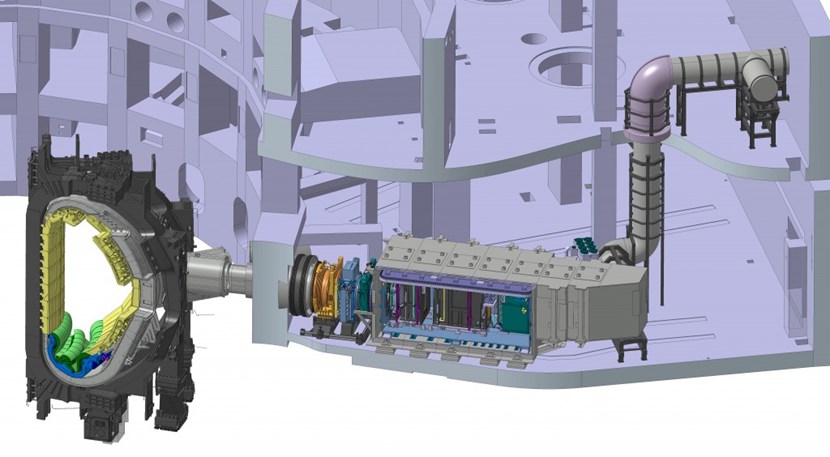 The exchange between a helium atom in an excited state and the neutral beam produced by this injector results in light, which can be detected and measured through CXRS (charge exchange recombination spectroscopy). The duty cycle of the beam is 23 seconds—20 seconds off and 3 seconds on. Some ~21 metres separates the beam source from the inner wall of the tokamak; one of the R&D challenges is keeping the beam focused over this distance.
"Helium ash is the name given to the helium nuclei produced by fusion reactions in a deuterium-tritium plasma," explains neutral beam scientist Beatrix Schunke. "Once they have shared their energy with the rest of the plasma they have no further use, and their removal and replacement by deuterium-tritium fuel is required to prevent dilution of the plasma. Measurements from the CXRS diagnostics, which are made possible by the diagnostic neutral beam, are crucial for demonstrating that fusion reactions have taken place."


The probe beam will be produced at 100 kV—the exact energy needed to interact with the atoms in the plasma and "illuminate" helium impurities.

The 600 m² Indian test facility (INTF) has been provided on a voluntary basis by India for the testing of the diagnostic neutral beam. The components of the system—the power supply, beam source, and beam line components—have been procured through industry by ITER India as part of Procurement Arrangements signed in 2009 and 2010 with the ITER Organization. After testing in India, the components of the diagnostic neutral beam system will be shipped to ITER. The facility in Ahmedabad also hosts R&D work on other ITER India contributions (ion and electron cyclotron heating and diagnostics).

"The successful delivery of the diagnostic neutral beam to ITER is dependent on two critical performance criteria—the production of a uniform, low-divergence beam from the source, and well-controlled transmission over long path lengths," explains Anupam Sharma, a high-voltage electrical engineer in ITER's Neutral Beam Section. "The India Test Facility in Ahmedabad will allow the Domestic Agency team to test the components manufactured for ITER in advance of shipment on a testbed that mimics the ITER on-site configuration."


The facility will also allow operators to gain experience running the diagnostic neutral beam system—correctly tuning the radio frequency drivers, synchronizing the power supplies, and "learning the recipe" of running the equipment.


Following the test campaign, expected to run between 2021 and 2024, the team has reserved time for assessment and eventual adjustment or refurbishment if needed. The bulk of the equipment will be installed during ITER's third assembly phase (2030-2031), in time for fusion power operation in 2035.


"We are getting close to an exciting phase in a very long-term project," concludes Beatrix. "From the first design work during the ITER engineering phase in the early 1990s, through input over the years from ELISE (a half-size source) and the design of the ITER Neutral Beam Test Facility, and finally a decade of work by the ITER India and ITER teams ... we are about to test the full diagnostic neutral beam system."