Share Tweet
Nuclear safety | Under constant scrutiny
Because one of the elements involved in the fusion reaction is the radioactive isotope tritium, and because the hydrogen fusion reaction itself generates a highly energetic neutron, ITER is classified as a nuclear installation—an Installation nucléaire de base (INB) in accordance with French nuclear safety regulations, which ITER observes. 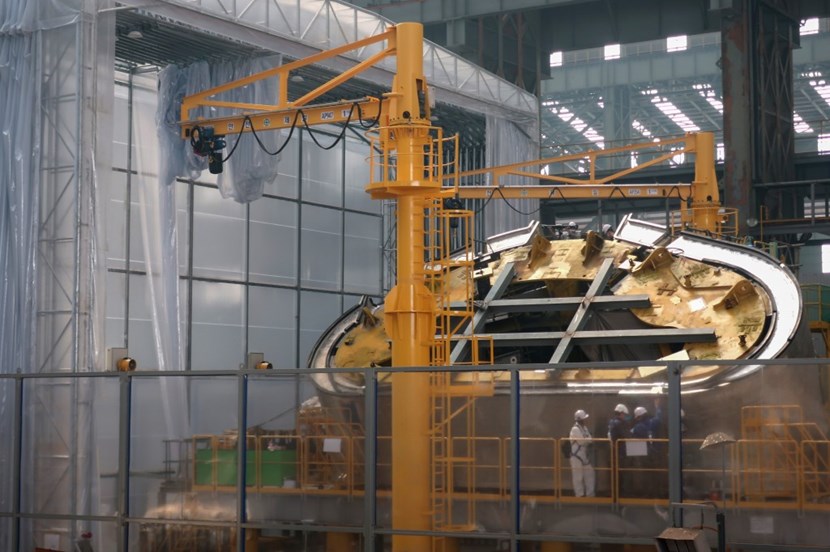 For two days in December, ASN safety experts travelled to Korea in order to proceed with an in-depth inspection of vacuum vessel sector #6, which will be the first sector to reach ITER.
As for any INB in France, the construction of the installation's buildings, the manufacturing of its components and systems, assembly, and the start of each operational phase are all subject to a set of controls and authorizations.


In 2014, the first of these "hold points"—the pouring of the Tokamak Complex basemat—was lifted. Two years later, the ASN authorized the erection of the building's north wall, which is the safety barrier between the neutral beam injector cell and the environment. Now, the project is preparing to meet the third hold point anticipated by the 2012 decree that, once lifted, will authorize the start of the machine assembly phase.


Central to this last hold point is the vacuum vessel—the massive component, 20 metres across and close to 20 metres in height, which contains the plasma, collects the energy, and acts as a first safety barrier. The vacuum vessel is made of nine welded sectors, five procured by Europe and the other four by Korea.


As ITER will be the first fusion installation to generate a burning plasma*, safety experts have taken a rather conservative approach to the component's design. "We want to be certain that—whatever the intensity of the loads that the vacuum vessel will have to withstand (thermal, mechanical, electromagnetic...)—we won't risk a failure of the first confinement barrier. We have extrapolated from the loads observed in other tokamaks, particularly on JET, but in terms of plasma behaviour, ITER will be exploring new territory. We have compensated the uncertainties inherent to the ITER experiment by what we consider to be suitable margins," explains Joëlle Elbez-Uzan, head of the ITER Environmental Protection & Nuclear Safety Division.


The safety margins in ITER vacuum vessel design and construction were a condition to the issuing of the 2012 licence. So was the progressive start-up of the machine, which will provide for the careful, step-by-step monitoring of all the safety-related parameters—particularly those regarding the gauges measuring the stress exerted on the supports (or "gussets") located under the cryostat skirt.


As each vacuum vessel sector leaves the production line, the French safety authority will verify that the finalized components do not depart from the specifications that were validated prior to the Autorisation de création in 2012. 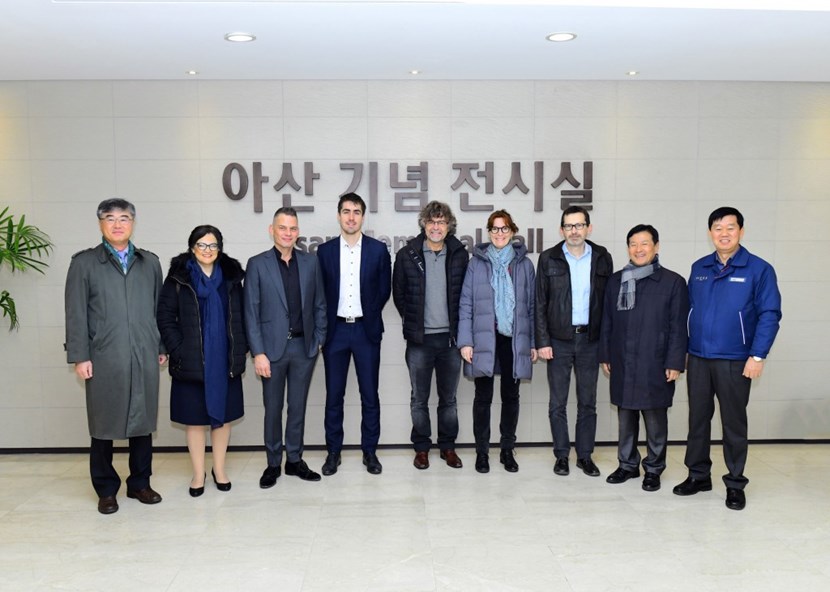 
The final lifting of the hold point requires a considerable number of technical demonstrations, considerable data analysis, discussion among experts, and the updating of scores of safety documents, which will keep Joëlle's team busy until the end of 2020.


And even with this control point released, it will not be the end of the authorization process for the ITER installation in France. Throughout its entire life cycle, ITER will remain under constant scrutiny from the French nuclear safety authority, and several "regulatory appointments" are already scheduled. In 2023, similar procedures will be initiated to obtain the green light for First Plasma and again in 2030 prior to full-power nuclear operation.


"What we agreed upon in 2012 was based on concepts. The more we advance in time, the closer we get to the 'final product,'" explains Joëlle. "And of course, we need to perform some adjustments and refinements of the designs. But I'm confident in ITER's capacity to face all kinds of contingencies."


* In a burning plasma, the energy carried by the helium nuclei from the fusion reaction significantly contributes to plasma heating.