Share Tweet
Top management | Alain Bécoulet, Head of Engineering
When Alain Bécoulet embraced plasma physics back in the mid-1980s as a student at France's prestigious École Normale Supérieure, he did it for two reasons: one was the intellectual challenge; the other was the potential "societal impact" of this field of research. "What I was interested in specifically was fusion and the perspective of its concrete applications." 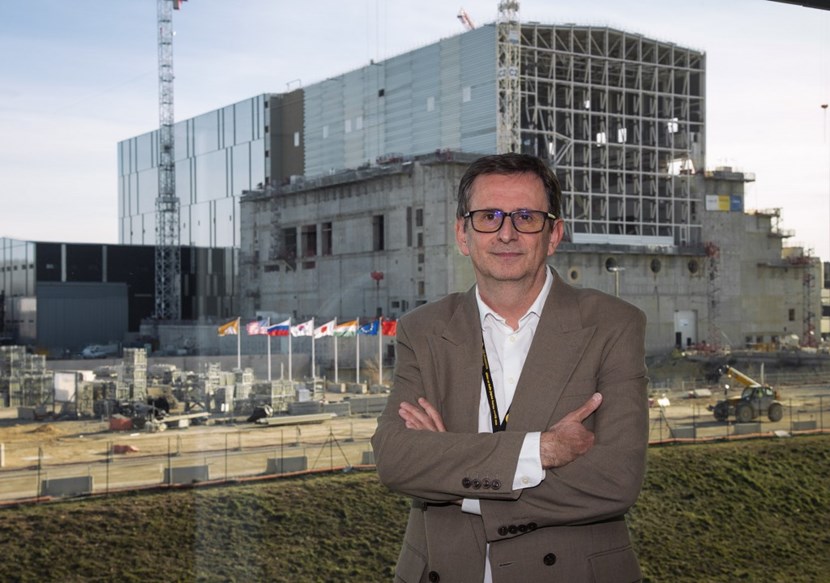 For three decades, Alain Bécoulet has contributed to ITER from ''the other side of the fence.'' The theoretician-turned-project manager and engineering expert will now serve it more directly as Head of the ITER Engineering Domain.
Bécoulet, who was recently appointed Head of the ITER Engineering Domain, defines himself as a "theoretical physicist," but one who "applies the theoretical approach to physical objects." Theory in his view "has to be put to use."


From his first student internship at the Tore Supra tokamak, located on the opposite side of the ITER/CEA-Cadarache fence, to his eight-year tenure as head of France's Institute for Magnetic Fusion Research (IRFM), theory and applications have been inseparable.


"One of the most exciting moments in a physicist's life is when theory gives you a prediction, which you can verify on a concrete object ... such as a tokamak. I've had several of these moments at JET, at DIII-D and Tore Supra."


A tokamak for Bécoulet is first and foremost a "complete chain of functions." When dealing with a tokamak, a physicist soon finds himself "caught up in engineering issues and problematics."


The overhaul of Tore Supra's hybrid heating system which began in 2001 when he was head of IRFM's Heating and Confinement Division was a major challenge in this respect. "The operation had all the dimensions one finds in ITER today: a genuine challenge in engineering and project management, the involvement of industry and strict deadlines."


In 2011, when Bécoulet took the helm of IRFM, Tore Supra had been successfully operating for almost a quarter century. At the same time, ITER was struggling in its "take-off phase" and both machines faced an uncertain future.


"ITER success was our top priority. But by turning our platform into a test bench for some of ITER's critical path issues, we could contribute to reducing the risk and to saving time and money for the project." WEST, which Bécoulet managed from the start, was born out of this conviction. "WEST was not something we added to Tore Supra. It was Tore Supra becoming WEST to serve ITER."


WEST has now produced close to 3,200 plasma shots and completed Phase 1 of its operational program. In about one year, following the present shutdown phase, the machine will have acquired the capacity for long-pulse operation, and will begin producing repetitive ITER-relevant plasmas of up to 1000 seconds.


Having contributed to ITER from "the other side of the fence" for three decades or more, Bécoulet will now serve it more directly. As one of the four Heads of Domains created within the new ITER organizational structure, the theoretician-turned-project manager and engineering expert will need to marshal the whole range of his experience for what he considers "an extraordinary societal adventure."