Share Tweet
Top management | Keun-Kyeong Kim, Head of Construction
In the small Korean village (25 houses!) where Keun-Kyeong Kim spent the first eight years of his life, there was no electricity— just batteries to power transistor radios. Maybe this is one of the reasons why "Ken," the name he adopted later in life, devoted his whole professional life to building plants that would power his fast-developing but resource-starved country. 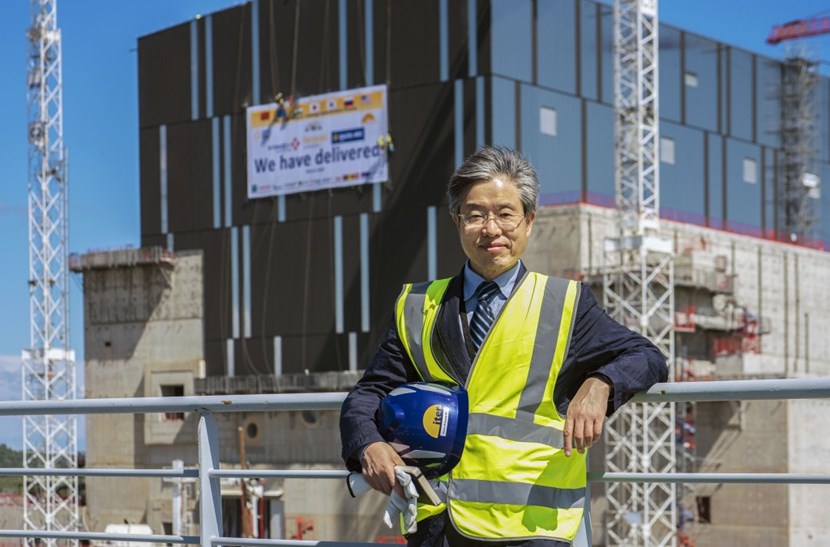 
In the 1970s, when Ken came of age and began thinking about his professional future, Korea was still recovering from the devastation of the war. "The country had no industrial infrastructure, nothing. We needed to develop an industry, to manufacture cars, ships, consumer electronics ... and for this, what we needed above all was electricity."


What Korea had in abundance however was human resources and ingenuity—young men and women like Ken who "wanted to implement things," to build, to create a future for their country.


From then on, Ken's life and Korea's nuclear industry became intimately entwined. "The challenge was, and still is, to build fast and safe." Learning from other countries was central to Korea's approach. In 1983-1984, Ken spent a year at EDF, the French utility, training in seismic design, project scheduling, and radiation protection. Along with acquiring a quite decent command of French, he completed the skills that would eventually led him to key management positions in Korea's fast developing nuclear industry.


At age 60, he brings broad and many-facetted competence to ITER. As Head of the newly created Construction Domain, Ken will oversee a crucial phase of the project. "Civil works at ITER are approximately 75 percent complete," he explains, "but civil works are only part of what we call 'construction.' Component and system installation and 'bringing all things together' will be the great challenge of the coming months and years. Our busiest days are still ahead."


Ken comes from a world where power plants are built in five years, with "work actually concentrated in three." Although he is well aware of the unique nature of ITER and knows that "solutions that are effective in a specific environment might not work in a different one," he will implement here one of his core competencies—the minimizing of duration and cost in large-scale projects while enhancing safety.