Europe's Fusion for Energy is building the ITER installation

Share Tweet
Worksite | Europe's Fusion for Energy is building the ITER installation
Anyone driving to ITER can take full measure of the enormity of the project a few kilometers before reaching the destination. Gigantic cranes can be seen from a distance, rising from the 42-hectare construction platform. Structures in various stages of completion emerge one after the other. Orchestrating it all is the European Domestic Agency, Fusion for Energy. 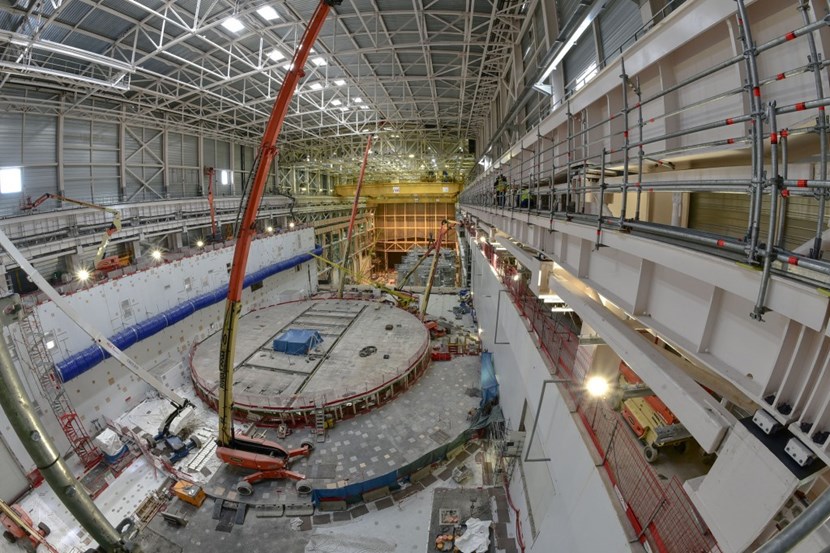 Thanks to a strong collective engagement, Fusion for Energy was able to transfer the assembly theatre to the ITER Organization in March in the midst of the health crisis.
Under the warm glow of a June afternoon, cranes, construction machinery, and workers are all testament to intense activity, even though the workforce capacity on site has significantly decreased since the beginning of the COVID-19 crisis. ITER is moving forward. Thirty-nine scientific and auxiliary buildings will eventually take their place on the platform, housing the 10 million individual parts of the ITER machine and systems that have been manufactured in the factories of the seven ITER members.


This is the daily environment of Laurent Schmieder, who is Program Manager for Buildings, Infrastructure and Power Supplies at Fusion for Energy, the agency orchestrating the European Union's contribution to the ITER Project. For the time being, construction progress is complying with the roadmap, making it possible to achieve the long-awaited December 2025 milestone, when ITER will produce its First Plasma. "In budgetary terms, about two-thirds of our contracts have already been awarded," Schmieder says. "If we focus on the necessary building infrastructure for First Plasma, we reach 70 to 80 percent."


Teams at Fusion for Energy completed a critical milestone in late March when they successfully transferred the vast assembly theatre to the ITER Organization, while many industrial and corporate activities in France and other countries had come to a near standstill. "It has been quite a challenge," says Schmieder. "Everything was going according to plan despite the fact that we had bad weather last year. A few weeks before the March deadline, the COVID-19 episode fell upon us! Whereas 2,500 people usually work on site—including project management, contractors and consulting engineers — this number dropped to a few dozen for the first few weeks, then a few hundred. Today the number of workers on site is rising again gradually." 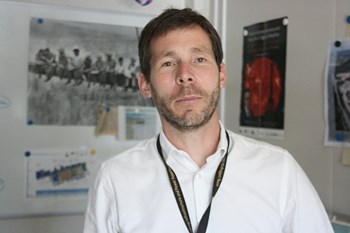 Laurent Schmieder is Program Manager for Buildings, Infrastructure and Power Supplies at Fusion for Energy, the agency orchestrating the European Union's contribution to the ITER Project.
"We were lucky to be granted the necessary discharges thanks to the support of the ITER Organization Director-General who was in contact with the French government," Schmieder continues. "The building was delivered on time, relieving the teams involved from a fair amount of stress. This late March objective was important because, until then, the most urgent expectations for the respect of the project schedule concentrated on this delivery. From that day on, they were shared with our colleagues responsible for assembly," said Schmieder. Since then, assembly has indeed begun in the Tokamak Building.


A game of musical chairs


The health crisis nevertheless may impact forthcoming deliveries. "We had to allocate every available resource to the delivery of the assembly theatre. Electrical equipment and transformer stations that should have been delivered in June are now expected between August and September. For further deliveries, we should be able to make up the backlog."

The buildings teams of ITER Organization and Fusion for Energy are progressively reorganizing to meet the challenges ahead. Those previously dedicated to the civil engineering of the Tokamak Building are now concentrating in particular on planning for the Hot Cell Facility, which represents the most important contract to be signed this year, in terms of value (EUR 500 million). "The Hot Cell has not been a priority until today because we first focused on the buildings required for First Plasma. But now, we have to move forward because it must be finalized for 2027."


Other buildings and infrastructure, crucial for First Plasma, are still in progress—for example the Control Building, or the bridges that will connect the Magnet Power Conversion buildings to the Tokamak Building. Many other areas are soon to be completed, such as the cryoplant and the heat rejection zone, where finishing touches are underway. Teams are also making headway on out-of-sight projects, such as underground networks.


The Fusion for Energy building teams will have unveiled most of their realizations by First Plasma. However, they will remain mobilized until 2028-2030 to bring ITER construction to completion.