Share Tweet
In memoriam | Professor Valery Aleksandrovich Kurnaev
It is with great sadness that the ITER Organization has learned of the loss of Professor Valery Aleksandrovich Kurnaev, Director of the Moscow National Research Nuclear University (MEPhI) Department of Plasma Physics. He passed away in hospital on 23 November 2020, another casualty of the terrible pandemic that has tragically claimed so many lives across the world over the past year. 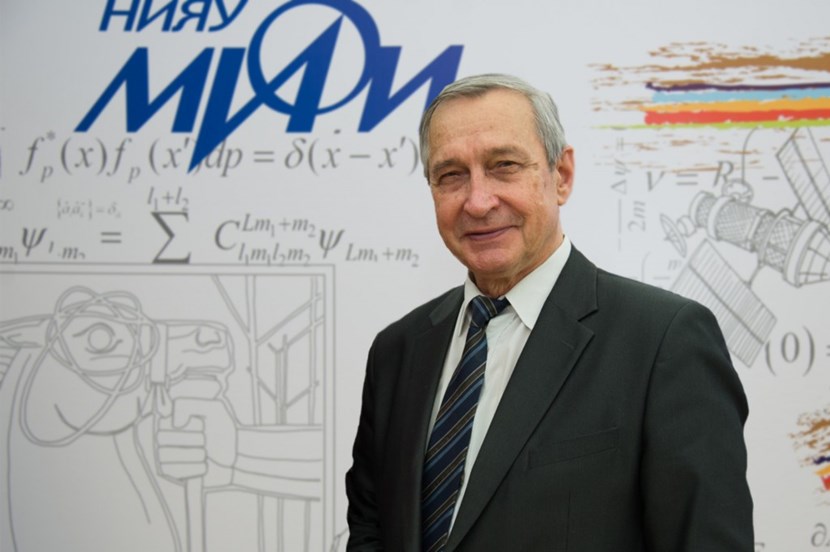 Valery Aleksandrovich Kurnaev (21/12/1942 - 23/11/2020)
Professor Kurnaev was born on 21 December 1942, graduating in 1966 from the Moscow Engineering and Physics Institute, as MEPhI was then known.  He subsequently devoted his entire life and career to the University. Defending his "Kandidat nauk" (Candidate of Sciences, the equivalent of a PhD) in 1975, and the "Doctor nauk" (literally "Doctor of Sciences," equivalent to the Habilitation in many European countries) in 1992, he was awarded the title of Professor in 1995. Since 1990, Valery Aleksandrovich has been at the helm of MEPhI's Plasma Physics Department, making it one of Russia's leading centres for R&D in plasma science and for the training of highly qualified specialists in the field of controlled thermonuclear fusion. Valery Aleksandrovich was also highly regarded at state level and was awarded the status of Honoured Worker of both Russian Higher Professional Education and Nuclear Science and Industry.
Beginning his career with pioneering studies of the scattering of light ions (hydrogen and helium), including unique experiments with low energy and molecular ions typical of those found in the cool tokamak plasma boundary region, Professor Kurnaev worked for more than 50 years on problems of controlled fusion. A particular focus of his research, and of his Plasma Physics Department, is in the broad area of plasma-surface interaction, so critical to the success of magnetic fusion. Many of the scientists and engineers trained in the department may now be found throughout the fusion community and in the ITER Organization itself.
Passionately devoted to the education of young scientists, Professor. Kurnaev developed a number of fusion-related lecture courses during his tenure and authored many books, both physics texts and popular science accounts. More than 20 PhD and 70 Masters students earned their degrees under his supervision. His most recent project, now to be carried forward by his colleagues, is the construction of a small spherical tokamak, MEPHIST, intended as a platform for student education and testing of plasma-facing component concepts and novel plasma-surface interaction diagnostics.

Group photograph (lecturers and students) from the last Plasma Physics Summer School in July 2018, a school established by Prof. Kurnaev and hosted every two years by MEPhI. Valery is standing, 12th from left. Richard Pitts (the author of this testimonial and a regular guest lecturer at the school) is standing third from left.
Remarkably, despite some health problems prior to contracting Covid-19, and being far beyond what many would consider a reasonable retirement age, Valery remained to the end as active, enthusiastic and committed to his department as from the first day his leadership began 30 years ago. He was a wonderfully compassionate man, always ready to assist colleagues and students finding themselves in difficult situations. His warmth and infectious enthusiasm for his institute and for plasma physics will be remembered and cherished by all who were fortunate enough to have their lives touched by him throughout his long and successful career.
Link to MEPhI: https://eng.mephi.ru/