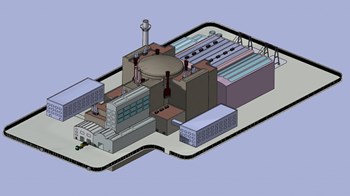 Astrid will be the first prototype fourth generation (Gen IV) nuclear fission reactor.
Since leaving Agence Iter France, which he headed from October 2006 to 1 January 2010, François Gauché has devoted most of his time to Astrid.


Astrid, the Advanced Sodium Technological Reactor for Industrial Demonstration, will be the first prototype of a new (fourth)generation of fission reactors.


Developed by the Nuclear Energy Division of CEA, in close partnership with French public industrial conglomerate Areva and utility company EDF, Astrid is presently in the conceptual design phase.


Basic design should be completed by 2017 and the installation is expected to be operational some time around 2020.


Marcoule, one of CEA's research centres located some 30 kilometres north of Avignon, is among the potential sites being considered to host the reactor.


A sodium-cooled fast-neutron reactor, Astrid is a decisive step toward the "Advanced Nuclear Energy Systems" that have been devised within the thirteen-nation International Forum Generation IV.


Most of these systems—there are six of them at different stages of "maturation"—share the same objectives: a better utilization of the uranium resource along with plutonium-recycling capability; excellence in safety and reliability; reduction of the volume of long-term nuclear waste and a strong resistance to proliferation and external hazards.


"Fast-neutron reactors offer a spectacular gain in fuel-efficiency," explains François Gauché. "While you need to extract 200 tonnes of natural uranium to produce one GW/year of electrical power with today's thermal-neutrons reactors, one tonne is sufficient for a fast-neutron reactor." 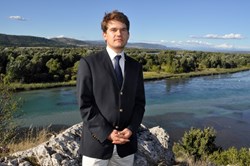 Based in CEA-Saclay, near Paris, with an office in CEA-Cadarache, former Agence Iter France head François Gauché now supervises the CEA program for Generation IV reactors.
Furthermore, since fast neutrons reactors (FNR) can burn "depleted uranium" as well as the uranium that results from spent-fuel reprocessing, it is not even necessary to extract the ore at least for some years ... "There are about 250,000 tonnes of unused depleted and reprocessed uranium on the shelves in France. At current levels of consumption, that would cover nuclear power production for 5,000 years," says Gauché.


FNRs have other qualities that make them both attractive and necessary. "They have a potential to 'burn' any type of plutonium and the minor actinides like americium, which account for most of the long-term radiotoxicity in spent fuels."


Although Astrid and the Gen IV sodium-cooled FNRs are based on the same concept as the reactors which France developed in the 1970s and 1980s—the Phenix experimental reactor (1973-2009) and the Superphenix prototype (1985-1998)—they will demonstrate considerable improvements in safety requirements, economy, reliability, maintainability and transmutation of minor actinides. 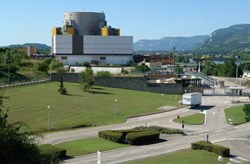 Based on the same concept as the reactors which France developed in the 1970s and 1980s (here Superphenix, east of Lyon), Astrid and the Gen IV sodium-cooled FNRs will demonstrate considerable improvements in economy, reliability and overall safety.
"France has accumulated some 40 years of R&D on this type of reactor. Building upon some very interesting results accumulated in the last years, we now have to assemble that knowledge and experience in a 600 MWe prototype."


When asked why he was chosen for this job, the former Head of Agence Iter France answers that what he is good at is "meeting an objective" and "managing teams."


This talent will be needed: "We have raised the stakes quite high," he says. "The challenge of Astrid is making the right choices to meet our objectives ..."