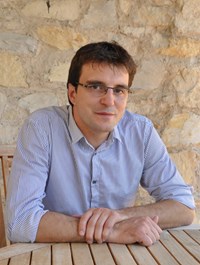 WOIC was established in June 2009 as an offspring of some ten local and regional development agencies operating in the PACA region.


"The idea," says Graulier, "was to open a one-stop shop to facilitate the installation of companies attracted to the region."
Development agencies routinely send missions abroad to promote the region's assets and identify companies interested in doing business here. Graulier's job begins when they return home with a list of contacts and requests.


"Companies may want to know what the cost of labor in southern France is, how much an apartment rents for in Aix or Manosque, what kind of industrial buildings are available close to the ITER Itinerary, and, of course, what kind of public help they can apply for..."


Companies that intend to bid for ITER or European Domestic Agency contracts need this kind of information in order to prepare their offer. "They always have options," says Graulier. "We have to give them good reasons to choose our region."
WOIC's support is free of charge and remains available even after the company has settled in the ITER vicinity - a vicinity that extends all the way to Gap (130 kilometres to the north) and as far as Nice to the east. "We can help with staff mobility or finding the appropriate manpower resource. First and foremost, we are facilitators."
Since it was established two years ago WOIC has pursued some 45 projects - two-thirds connected in one way or another with the ITER project. Several were successful: a subsidiary of EADS, the mother company of Airbus Industries, opened a bureau in Saint-Paul-lez-Durance's business park; another engineering firm that had worked for Laser Mégajoule settled in Pertuis in order to be close to ITER, CEA-Cadarache and the other CEA research centre in Marcoule, etc.

In the field of renewable energies, a dozen foreign companies ended up creating 273 jobs in the PACA region in 2010. "These companies are not directly connected to ITER, of course, but the dynamics that ITER has initiated clearly had a part in their decision."
The ITER Project, says Graulier, "acts as a powerful lighthouse - at WOIC, we try to capitalize on this power to shed light on the rest of the regional landscape." The powerhouse has just turned its beam on. "We place great hopes on the coming machine assembly phase. In terms of human resource and welcoming capacity, the region here has all it takes to answer companies' needs."
WOIC considers that it is "part of the team": "Succeeding in helping companies to settle in this area," says Graulier, "is certainly contributing to the success of the ITER Project."