A career devoted to ITER 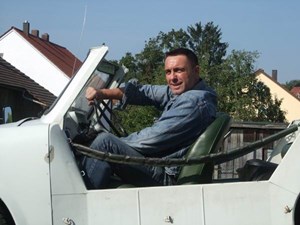 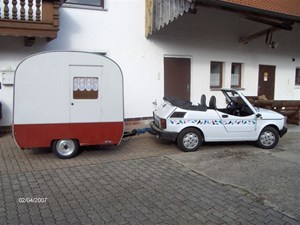 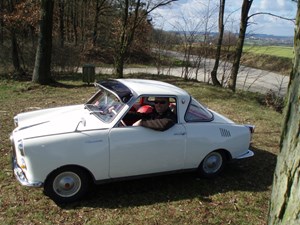 ... and his 13.5 horsepower Goggomobil Sportscoupé.
If you have problems pronouncing certain French expressions, then you should see the French struggling to pronounce the name of our latest arrival from Bavaria: Helmut-Stefan Hurzlmeier.


Helmut graduated as an Engineer for Computer Aided Design (CAD) in 1996. His first job was at the ITER Joint Work Site in Garching, a science campus only a few miles north of Munich. For the following 14 years, he would continue to be involved in the ITER project, in one way or another.


At Garching, he began as Liaison Designer in the Design Office. At that time, the ITER CATIA database was still in its infancy, and relied on an old-fashioned folder structure. Helmut stayed in Garching for eight years working mainly on managing design data and creating the basic structure for the CAD database we use today.


When the Joint Work Site in Garching was given up in 2007, Helmut went to work for the European Domestic Agency based in Barcelona where he concentrated on studies for the preparation of the ITER platform, including the analysis of how much earth had to be moved in order to create the flat surface we see today. In his own words, "...it was necessary to turn over every single stone in the models in order to achieve the perfect result."


After his stint in Barcelona, Helmut returned to the Garching science campus, this time to work on the design of both JT 60 and DEMO. The task was to simplify the design of the toroidal field coils in order to save on both weight and cost. That done, he moved across the street to Max Plank Institute to improve the design of the half-size ion source for ITER called ELISE.


Never far from the ITER Project, in November last year he decided to move to Cadarache to continue his work on the ITER design. As Design Coordinator for site and buildings, his job is to manage the Computer Aided Design (CAD) for the site and the buildings.


Although he devotes his work life to design and create the technological future, Helmut's hobbies take him back in time: he loves to repair—and drive—old cars and motorbikes. "Actually, any sort of mechanical device that appears to be broken will do," he says. A lover of small things, he owns a Smart Cabrio with its proportionately-small trailer, and a 13.5 horsepower Goggomobil Sportscoupé.