Evaluating the ITER magnets at SULTAN

Share Tweet
Evaluating the ITER magnets at SULTAN
The Centre de Recherches en Physique des Plasmas (CRPP) in Switzerland has studied fundamental plasma physics since 1961, with a particular focus on magnetic fusion since 1979. Part of the Ecole Polytechnique Fédérale de Lausanne (EPFL), the CRPP operates the TCV tokamak and the SULTAN facility for testing and evaluating high current superconductors. We recently spoke with Pierluigi Bruzzone, head of CRPP's Superconductivity section, about work currently underway at SULTAN for the ITER magnets. 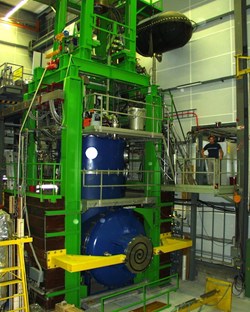 SULTAN is the only facility in the world capable of testing the ITER magnet samples under operating conditions similar to those they will be exposed to in ITER.
Since April 2012, the ITER Organization and EPFL have been linked by a service contract that guarantees the availability of the SULTAN facility for the performance testing of ITER conductors. Can you describe SULTAN's capabilities?
The SULTAN test facility was built 30 years ago, in 1984, as a result of collaboration between Italy, Switzerland and the Netherlands. The machine was upgraded substantially in 1990 and fully taken over by Switzerland when the collaboration dissolved. It is not a young test machine, but it was designed by my predecessor, Georg Vecsey, in such a good way that it is still rendering very valuable service to the physics community today.


SULTAN is the only facility in the world capable of producing high magnetic field (up to 11 T background field), high current (up to 100 kA) and high mass flow rate of supercritical helium for cooling. The 92 x 142 mm space available for samples can accommodate the large superconductors for present and future fusion devices. ITER has been our most frequent user since 2007.


A new test facility, EDIPO, has been erected next to SULTAN and is being commissioned. In 2014, it will complement SULTAN with a higher background field, 12.5 T, and a larger high field length, up to 900 mm.


What role has SULTAN played historically for ITER conductors?


Presently, the qualification phase for all conductor types for ITER is over. During this phase there was a mutual learning process. There were some question marks at first—were we conducting the right tests, was our methodology correct? We were able to resolve the doubts one after another and satisfy our client. We had an important success with the ITER central solenoid conductor.


Of the 20 people that form the SULTAN team, approximately half work full time on ITER testing; we also have some contracts related to DEMO fusion power plant projects, high temperature superconductor (HTS) R&D and testing, and smaller studies. Fusion is the core of our activity. 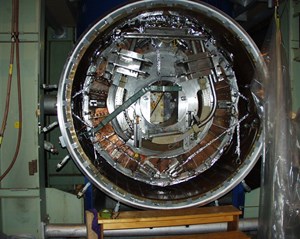 The entire cycle of ITER conductor testing, from the day a sample is received to the day testing is completed, takes about four months. ITER has been the facility's most frequent user since 2007.
How do you organize the testing for ITER conductors?


We receive two kinds of ITER conductor samples. Niobium-titanium (NbTi) samples are delivered to us already assembled. Niobium-tin (Nb3Sn) samples, the more delicate technology, are delivered as raw conductor units. For the Nb3Sn conductor it takes us approximately 12 weeks to assemble a conductor sample—the main steps for a sample assembly are: preparation of the terminations, heat treatment (four weeks), and instrumentation. Each step has a rigorous sequence of quality assurance checks, with a number of protocols eventually summarized in the assembly report. The tests themselves last from one to five weeks depending on the test program, which is dictated by the phase of production. For each test we deliver to ITER a summary test report and the full set of raw data.


In our facility, it takes three days to install and cool down the sample and another three to warm up and remove it again. The 20 t magnets of the test facility have remained cold for over ten years. As sample preparation takes longer than the tests, we assemble several samples in parallel to keep SULTAN busy full time.


The conductor samples are tested under operating conditions that replicate ITER operation in terms of magnetic field, operating current, operating temperature and mass flow rate.  Beside the DC test and AC loss test, which aim to verify the acceptance criteria, we apply "cyclic loading", mimicking the ITER lifetime (e.g., up to 10,000 load cycles for the ITER central solenoid conductors) to make sure that no significant performance degradation occurs.


The entire cycle, from the day a sample is received to the day testing is completed, takes about four months. In one year, we have up to twenty test campaigns for different conductors supplied by ITER parties. 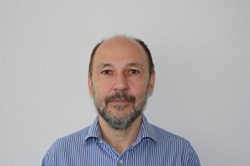 Pierluigi Bruzzone, head of CRPP's Superconductivity section. ''We accompanied all the phases of ITER conductor development, including the R&D phase, supplier qualification, production qualification, and now final production. ... The ITER design requirements and the target performance are both fulfilled by the conductors that we have tested.''
You chaired the December 2013 final design review of central solenoid joint samples. Can you tell us more about conductor joint technology?


The ITER conductor lengths will be connected one to another in the final coil assemblies by joints. The aim of the final design review at the end of last year was to agree on the joint sample assembly procedure of a company that will do the central solenoid winding. All the ITER conductor joints will be made by industrial suppliers according to ITER Organization design. According to Procurement Arrangement specifications, each supplier has to qualify its joint assembly procedure by a joint sample tested in SULTAN.


We have already tested the European joint sample in two different campaigns. Next we'll test the US central solenoid joint assembly, and then samples from China and Russia—probably eight samples in all.


Compared to testing the conductors, which will take three years, the joints will only require a couple months of testing if we put the campaigns back-to-back. The difficulty lies more in the work involved with checking drawings and verifying that interfaces are correct for our facility. The assembly work for joint sample must be done in industry.


With all of your experience, can you say that you have confidence in the performance of the ITER conductors?


Yes, definitely. The ITER design requirements and the target performance are both fulfilled by the conductors that we have tested. I don't expect that conductor performance will be an issue for ITER.


Fusion magnets are very special objects. We have built up a lot of experience and know-how in working for ITER and I can only hope that there won't be too long a gap before the DEMO-phase machines are under construction. Otherwise, we risk losing the human expertise and the industrial know-how that we are accumulating now.