Japanese conductor en route to the US 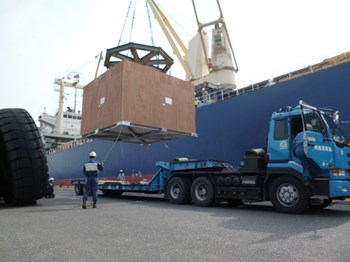 
The first shipment of five conductors left Kitakyushu, southwestern Japan, on 25 June. The conductors are now on their way to a factory near San Diego, California where the central solenoid components will be manufactured by a US Domestic Agency contractor before the completed components are shipped to France for on-site installation.


Conductor production will continue in Japan though 2017, with regular shipments scheduled to the US. As the first completed ITER components shipped from Japan, the central solenoid conductor shipment was an important milestone for the Japanese contribution to ITER and a big step forward for the project.