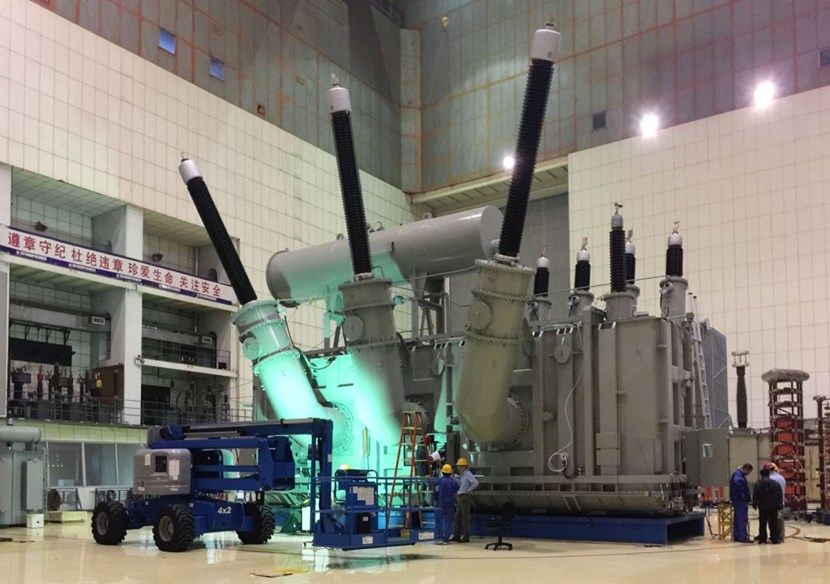 Procured by China, three giant transformers (460 tonnes, 15 metres high) will feed power to the heating and control systems during plasma pulses.
The first is standard for industrial installations; the second is specific to fusion machines which require a substantial input of electrical power for brief periods of time.


When ITER reaches the deuterium-tritium operation phase, the instantaneous power consumption during pulses will be in the range of 450 MW, or about half the output of a conventional nuclear reactor.


Four SSEN transformers procured by the US as part of its in-kind contributions to ITER, are now installed on the ITER platform.


These rather heavy components weigh close to 90 tonnes, for the main body, and almost twice as much when filled with insulating oil and fitted with all their accessories.


However large and heavy, they will be dwarfed by their soon-to-be neighbours that will tower some 15 metres above ground (with all insulators extended). The three PPEN transformers that are expected soon from China are massive structures that will weigh approximately 460 tonnes each when completely filled and fitted out.


Procured by the Chinese Domestic Agency, the first of the three units left the port of Tianjin on 17 April and is expected on site in early June. The other two are undergoing factory tests at manufacturer Baoding Tianwei. 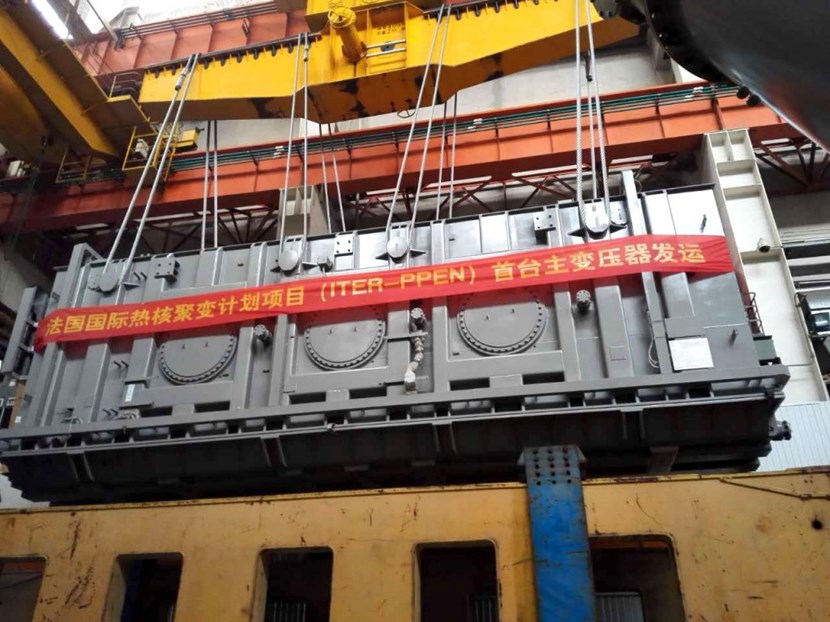 Leaving for a long journey. Transformer #1 left Tianjin on 17 April and is expected on site in early June.