A team for cryogenics


Since 2015, as part of the new Director-General's action plan for improved project performance, joint ITER Organization-Domestic Agency Project Teams have been created in schedule-critical areas to focus project resources and improve performance in delivery. These project teams, which cut across the traditional boundaries of department or agency, have helped to create a project culture that is oriented towards achieving results and stemming delays to the schedule. 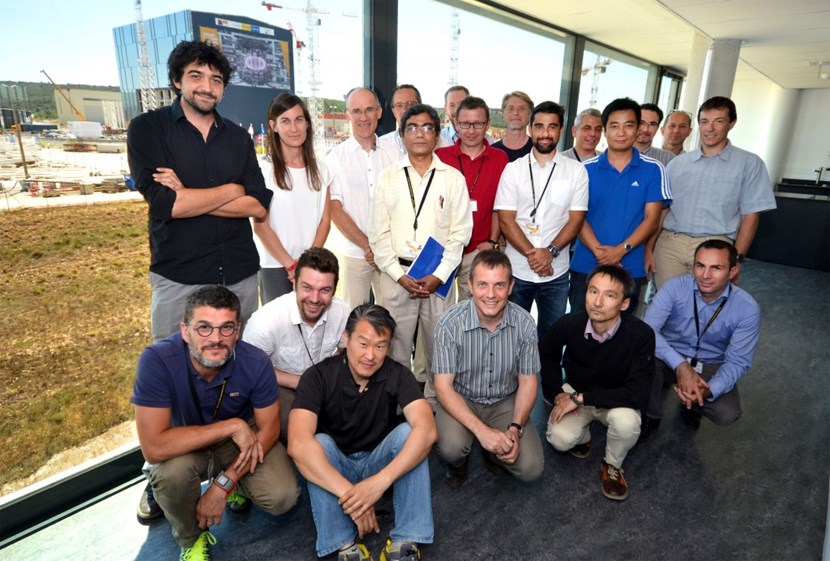 Merging resources for cryogenics: staff from the ITER Organization, the European Domestic Agency and the Indian Domestic Agency are now reunited in the new Cryogenic Project Team. (Picture: ITER Organization team members)
Following the creation of project teams in the areas of site construction and vacuum vessel manufacturing last year, a third team has been added to the list—the Cryogenic Project Team.


Cryogenic technology will be extensively used at ITER to create and maintain low-temperature conditions for the magnet, vacuum pumping and some diagnostics systems. ITER's cryogenic system is a widely distributed system, made up of in-kind contributions from Europe (liquid nitrogen plant and auxiliary systems) and India (cryolines, warm lines and cryodistribution) and the direct procurement of the liquid helium plant by the ITER Organization.


The complexities incurred by such a split of responsibilities between three entities call for enhanced coordination.


The new Cryogenic Project Team is made up of 40 staff members from the three parties—Europe, India and the ITER Organization. Cryogenic System Section Leader David Grillot, from ITER, has been named team leader, assisted by deputies Ritendra Bhattacharya for India and Marc Simon for Europe.

Representatives of the ITER Cryogenic Project Team working at ITER India (left) and at the European Domestic Agency (right).
The creation of the Cryogenic Project Team comes at a critical moment, as the pace of manufacturing is accelerating for cryogenic components and a new phase, installation, is beginning.


"We will work as one team for the same project and use in the best possible manner the potential of all members," says David Grillot. "We are now well advanced with the manufacturing and we are entering an exciting new phase of installation, which will require a lot of drive, commitment and enthusiasm."


Read the report published by the European Domestic Agency on the new Cryogenic Project Team.