Polar explorer on energy and ITER

Share Tweet
Polar explorer on energy and ITER
In 1986 Jean-Louis Etienne set out for the North Pole alone, on foot, from Ward Hunt Island in the extreme north of Canada—a voyage across the frozen Artic Ocean that lasted 63 days. Doctor, mountaineer, navigator ... Etienne has said that reaching the North Pole "doesn't require any particular talent," only endurance, determination and near-superhuman fortitude. The experience determined the course of his life; since, either alone or as part of international expeditions, he has explored the poles by dog sled, by Rozière balloon and airship (dirigible), and even on a schooner adrift in ice-locked waters.
Jean-Louis Etienne is an explorer but also a scientist who is concerned by the fragility of our planet, with the question of energy occupying a central role in his reflection. Refusing to be boxed in by dogma or "posturing," he considers that nuclear energy is "the intelligent way to go" and has spoken publically in favour of ITER.


He visited the ITER site in June. 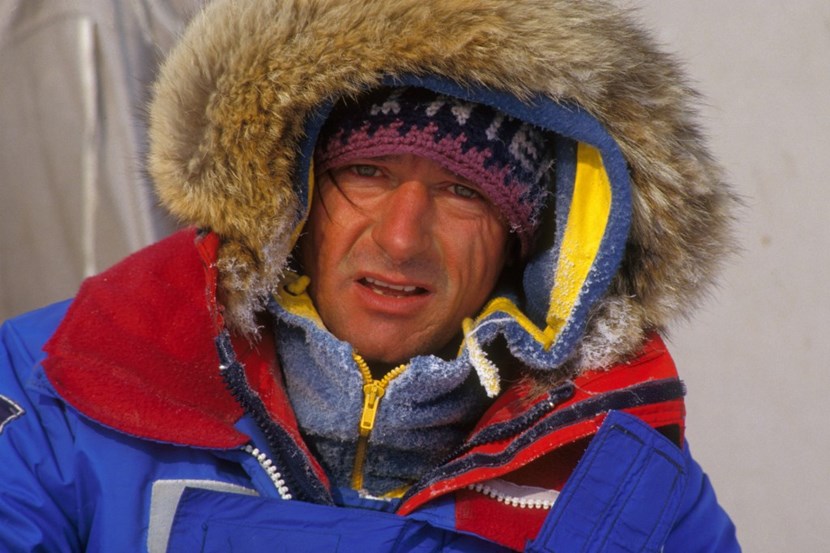 Doctor, mountaineer, navigator, Jean-Louis Etienne was the first man to reach the North Pole solo, over land, in 1986. In the Artic or in Antarctica, by foot, dog sled or airship, energy questions have always been at the heart of his preoccupations. Photo Francis Latreille
How important is energy management when travelling alone to the North Pole?
On the trek to the North Pole in 1986 I had two sources of energy: white gas for my camp stove (a very pure, oil-free gas that doesn't freeze) and lithium-ion batteries for the high frequency radio and the Argos transmitter. These two energy sources were vital to my survival and conservation quickly became an obsession. In extreme situations, appreciation is heightened for the role energy plays in our lives.


Was it this experience that brought you to have an interest in energy issues in a more global sense?
During each expedition, the production and the consumption of energy was a constant preoccupation. Trying to optimize local resources led me to think in a more global way about the potential and the limitations of renewable energy sources. For example, the challenge of storing electricity ...


Planet wide, the International Energy Agency forecasts an 80 percent increase in the demand for electricity by 2040. Do you feel that the political decision makers are fully aware of the challenge?
If we aggregate the growing demand for electric transport, that of huge megacities where 75 percent of the world's population will be concentrated, and the requirements of data centres, portable phones, tablets, connected objects, etc. ... it becomes obvious that energy consumption is set to explode. I think our political decision makers are well aware of the situation, surrounded as they are by experts. But easy access to fossil fuels—especially low-cost coal—doesn't incite governments to engage on a path to new energy sources. One exception to that is renewables, which have been imposed through governmental promises to reduce emissions as well as by the expectations of the public.


Nuclear energy, in its different forms, will occupy an important place in the "energy mix" of the decades to come. Some voices from the "green" or "ecological" spheres have expressed surprise at your opinions on nuclear energy ...
Attitudes on energy are more often a result of posturing and herd behaviour than a real reflection of knowledge on the subject, which takes some time and effort. We have to start planning an exit from dependence on fossil fuels for the environment (the climate) and also because deposits will eventually dry up or become too costly to exploit. After finite energy sources ... it is now time to pass on to flow energy sources. The challenges of renewable energy sources—low density production; acceptability issues for wind turbines, hydroelectric dams, solar parks; and electricity storage issues among them—mean that renewables will not suffice. In that context, will we be able to do without nuclear energy? I'm speaking about fourth generation fission reactor concepts or ITER. For these reasons, I support the pursuit of nuclear energy research. 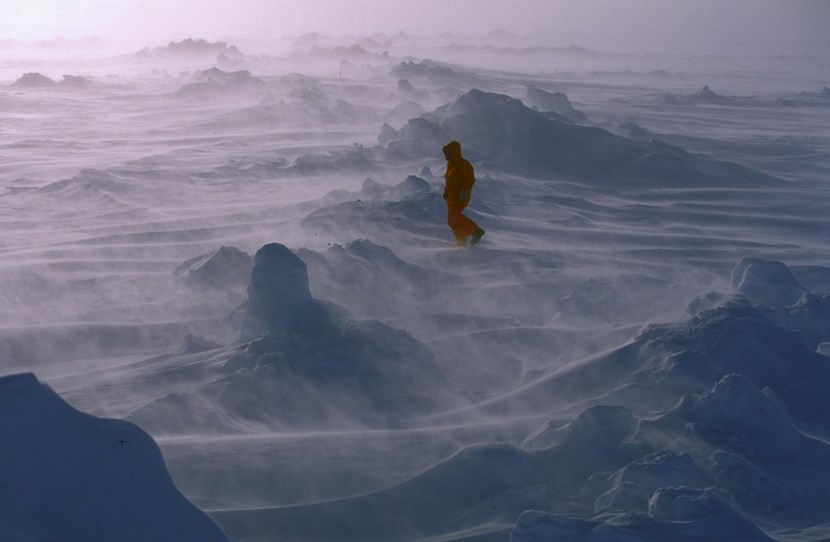 A trek of 63 days over the frozen Artic Ocean — a transformational experience that led Jean-Louis Etienne to an interest in the future — and the fragility — of our planet. Photo Francis Latreille
You have spoken out on different occasions in support of the ITER Project. What draws you to this research program in fusion energy?
With the exception of geothermal energy, all other energy sources that we find in nature have a common source—the Sun. There are those that are considered unlimited, such as solar, wind, biomass, hydroelectric (evaporation, precipitation) and indirectly marine currents, which are linked to the position of the Sun and the moon. Then there are fossil fuels, which result from the transformation over millions of years of vegetal matter (produced by photosynthesis) in the heat and pressure of the Earth's crust. This energy of the Sun, transformed over an incredibly long time frame, cannot be reproduced within our lives. With all of these energy sources originating from the Sun, the temptation is strong to reproduce a "Sun on Earth." This is why I consider ITER to be a bold and worthwhile project.


What do you consider to be the advantages of fusion energy?
No long-lived radioactive waste, quasi unlimited fuel, no risk of explosion, and a reaction that can be halted immediately in the case of a problem.


You visited ITER recently. Were you surprised by what you saw? How would you describe the experience?
The building project is monumental. The challenges are both enormous and enormously exciting: we're talking about the fusion reactions that are produced in the very core of the Sun. It's a planetary project that reminds me of CERN (Geneva) in the complexity of its structure and the ambitions of its research program ... a pairing of fundamental science and state-of-the-art technology.