Letting off the heat

Share Tweet
Letting off the heat
At the northeast end of the ITER site, in a zone not far from the Tokamak Complex and Assembly Hall, workers are busy installing rebar reinforcement, pouring concrete and erecting walls and columns. 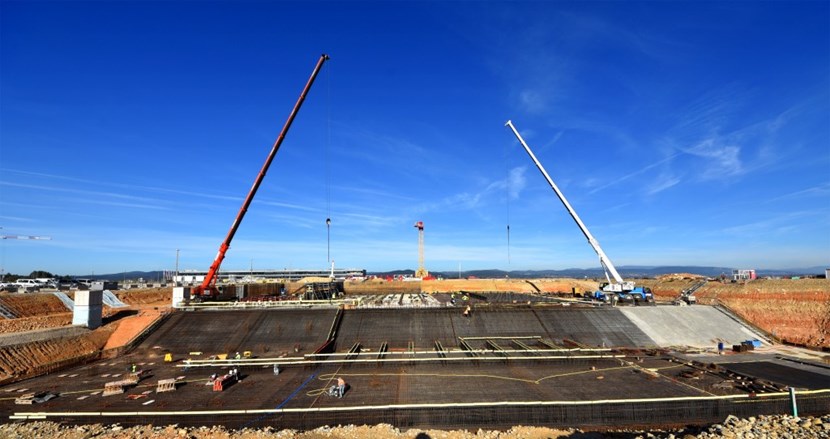 Works are ongoing on a 6,000 m² area that will accommodate two basins with a total volume of 20,000 m³ as well as an induced-draft cooling tower made of 10 independent cells.
The 6,000 m² area will be home to the final link in one of ITER's most widely distributed plant systems—the cooling water system, whose kilometres of piping, closed and open loops, and heat exchangers will collect and reject the heat generated by the Tokamak's plasma pulses and the operation of its auxiliary systems.


The cooling water zone on the ITER platform will accommodate cold and hot basins with a total volume of 20,000 m³ as well as an induced-draft cooling tower (made of 10 independent cells) located above the cold basin. 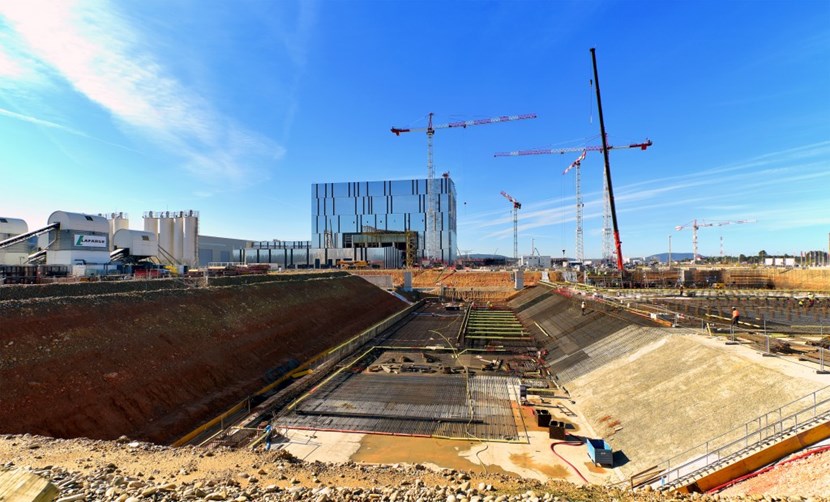 
The heat that needs to be evacuated from the ITER Tokamak and auxiliary systems is considerable, reaching 1100 MW during the plasma burn phase. If ITER were an industrial plant, the better part of that heat would be used to produce pressurized steam and (by way of turbines and generators) electricity. Only residual heat would need to be dissipated.


But as an experimental installation, operating in pulses, ITER wasn't designed to produce electricity. All the power the fusion reaction generates will thus need to be extracted and rejected to the atmosphere. 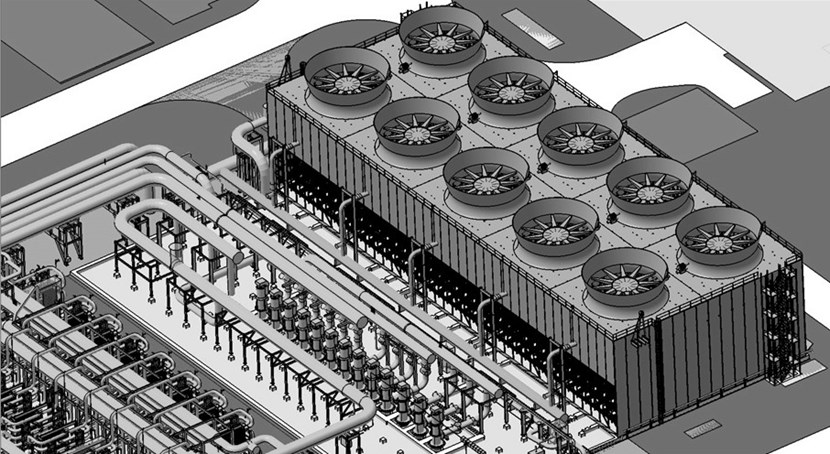 The cooling tower is made of 10 individual cells, each filled with a very thin plastic material. Water pumped to the top of the cells sprinkles through the filler. Large 12-metre fans at the top cells pull air through the filler to accelerate evaporation.
And where an industrial power plant would deliver constant power output, the typical ITER operation cycle will consist of a succession of 500-second plasma pulses, each followed by 1300-second "dwell" period.


"The pulsed nature of ITER operation make it more challenging to make efficient use of the cooling tower," explains ITER Cooling Water Responsible Officer Steve Ployhar. "Among other things, it explains the need for two basins—hot water will be accumulated in the hot basin during the pulses and released to the cooling tower and cold basin during dwells."


As civil works progress on the cooling water zone, fabrication of the 20-metre-high cooling tower is about to begin in India. Erection of the first two cooling tower cells is scheduled for completion in May 2018.