Share Tweet
Men of measure
"Neither snow nor rain nor heat nor gloom of night stays these couriers from the swift completion of their appointed rounds." [From the Greek historian Herodotus; also inscribed on the New York City Post Office.] 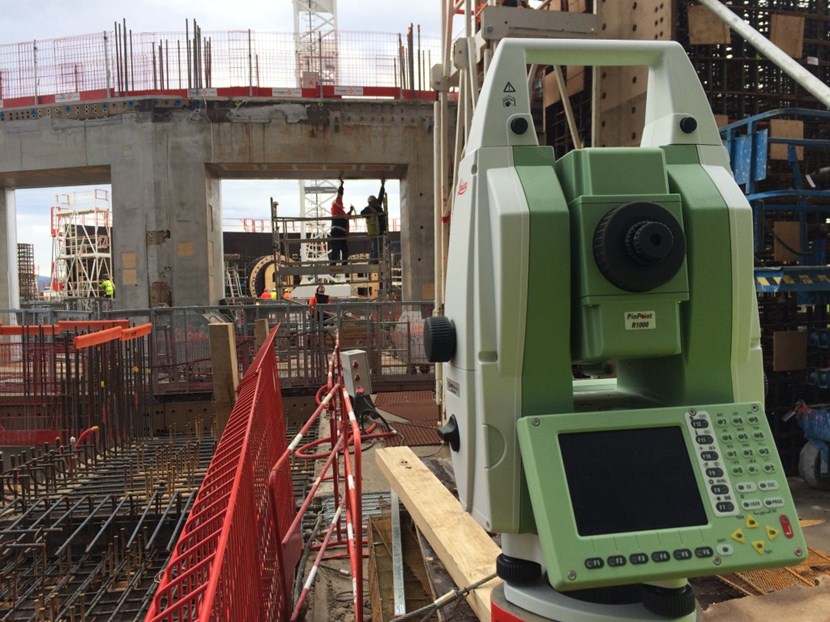 One of the optical metrology tools used to take measurements on the ITER site. All data (here, technicians are measuring an opening in the bioshield at the L1 level) will be referenced back to the configuration of the Assembly Hall and Radio Frequency buildings.
This phrase, which has been attributed to the men and women who brave all kinds of climatic conditions to deliver daily mail, could just as well be used to describe the diligence of the ITER metrology team members who have been out monitoring the Assembly Hall since August of last year.


Why are they outside in the heat of the summer and the cold of the pre-dawn winter hours? The Assembly Hall stands at over 60 metres in height and will move during windy days, expand during hot days and contract during cold days. Systems that are supported off the building structure will move with the building. 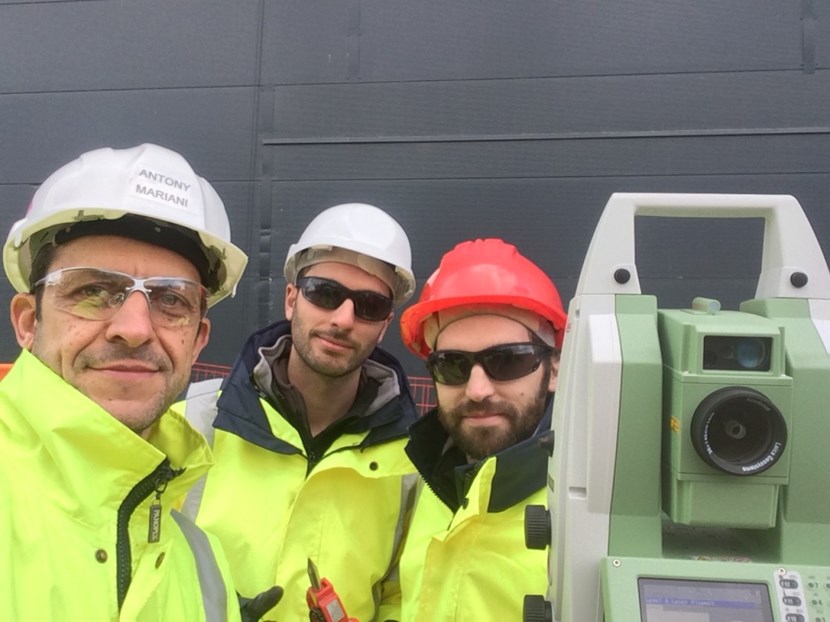 The metrology team (from left to right: Antony Marian, Juan Antonio and Juan Jose Ena) that is performing the on-site measurements for the electron cyclotron heating system.
Because the microwave beams represent up to 1MW of power with peak power densities exceeding 1GW/m², large distortions could generate large heat loads.


The role of the metrology team is to characterize the maximum displacements of the Assembly Hall and to validate the predicted movements of up to +/-15 mm on a typical day. This may sound small but—relative to the alignment requirements for the electron cyclotron transmission line (waveguide supports aligned with sub-millimeter precision over a distance of 4 m)—it is enormous.


In addition, the metrology team has been measuring the relative position of the three buildings to provide an "as built" footprint, with the desired sub-millimeter precision, of the trajectory that the electron cyclotron transmission line will follow.

The measurements were taken at a critical point in construction during the autumn, when the ground floor for all three buildings was sufficiently established and the opening between the Assembly Hall and the Radio Frequency Building not yet closed in. This allowed the precise positioning of the Assembly Hall relative to the Radio Frequency Building.


The first round of measurements will be completed near the end of January with all information passed on to the electron cyclotron team, which will build an "as built" CATIA model for transmission line passage. In addition, the building displacements will be used to revise the requirements on the transmission line load specifications. Another round of measurements will be performed once the Tokamak, Assembly Hall and Radio Frequency buildings are completed in the 2019 period.