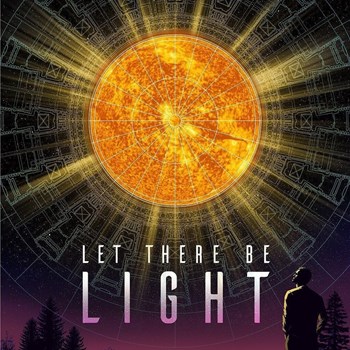 Let There Be Light is a cinematic narrative unlike anything ever made about fusion. Honest and inspiring, the documentary is first and foremost about the humans who labour, day after day, steadfast in the belief that their efforts will one day lead to the transformation of society.
"'Let There Be Light' follows the story of dedicated scientists working to build a small sun on Earth, which would unleash perpetual, cheap, clean energy for mankind. After decades of failed attempts, a massive push is now underway to crack the holy grail of energy."
- From the Internet Movie Database summary
In the ITER Tokamak pit, against a backdrop of concrete, rebar, and scaffolding, a group of construction workers pause briefly to chat with an ITER physicist. They consider the grand ambitions of the project. "We know it's nuclear," says one, "but the molecules and what they do, that's really not our department." The scientist confides in them: "Since I was a kid I've wanted to build this .... I'm a bit crazy." The construction workers chuckle. "Our team is very proud," says one. "We know this is the future of the world."
EyeSteelFilm, a production company based in Montreal, is committed to cinema as a medium of social engagement and socio-political progress. More than three years ago, co-directors Mila Aung-Thwin and Van Royko paid a visit to ITER on a media day. At the time, they were contemplating making a film on climate change, and seeking a new angle. The scope and scale of the ITER Project—bringing a sun to Earth—captured their imagination. Over time, they became especially intrigued by the human element: the collection of men and women—plasma physicists, design engineers, construction specialists, and multinational civil servants—that would be needed to realize the ITER vision.
The result is a cinematic narrative unlike anything ever made about this "holy grail of energy." The essential science of deuterium-tritium fusion, the archival history of fusion research and ITER, the complex structure of a first-of-kind multinational project—all these by necessity form part of the narrative, but the filmmakers skillfully weave these elements into the background, giving the leading roles to the humans who labour, day after day, steadfast in the belief that their efforts will one day lead to the transformation of society.
Let There Be Light is about more than ITER. Smaller projects, funded by private investment, also figure prominently. One such project, General Fusion, is based near Vancouver, Canada. Its founder and chief inventor, Michel Laberge, who recently spoke at ITER, embodies both the inspiration and the frustration of the fusion quest, recounting scientific and engineering breakthroughs as well as the ever-present practical considerations of how to build a company, overcome skepticism, and obtain funding. "Well ... this fusion business has been going a little slower than we were all hoping," he says to the camera. "But we're still optimistic."
If you're looking for a propaganda piece, don't bother seeing Let There Be Light. Both the filmmakers and the people they film are honest about the hurdles still to be overcome. Therein lies the source of the tension that underlies this multi-decade quest. But the characters are equally candid about the promise of fusion energy, and it is this understanding that fuels their relentless pursuit of the dream. And while the film makes no promises, the message is clear: the realization of the fusion dream is too close to give up now.
EyeSteelFilm has recently premiered "Let There Be Light" in several international film festivals: at the Big Sky Film Festival in Montana, where it won an Artistic Achievement Award; at South by Southwest in Austin, where it received this review from the "Houston Chronicle"; and in Copenhagen, where it recently made its European debut. Critical response to date has been uniformly positive.