Make room for a massive component

Share Tweet
Make room for a massive component
When assembling parts for a component as massive as the ITER cryostat, space soon becomes scarce—even in a 110-metre long, 50 metre-wide workshop. 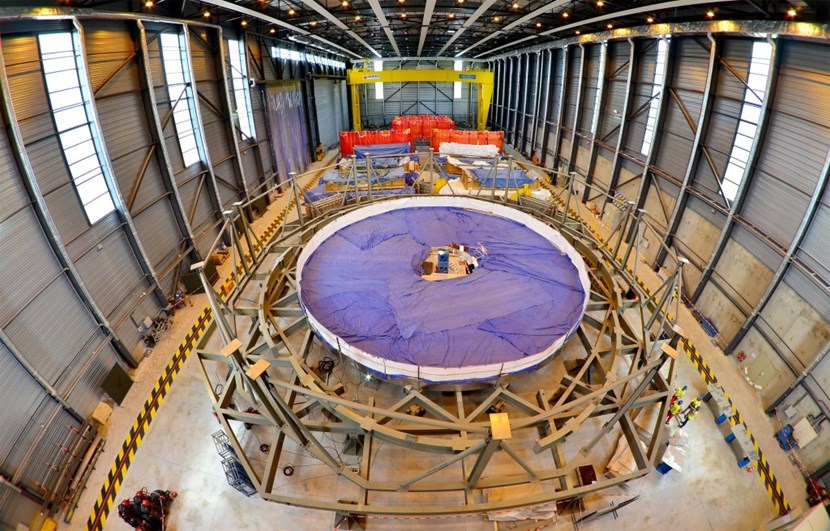 All the available room in the 5,500 m² building is now occupied. Note the men in the lower right corner of the image, dwarfed by the massive component.
This view from up high tells it all. The fabrication and transport frame for the cryostat base and the base section itself (tier one, 30 metres in diameter) occupy almost one-third of the 5,500 square metres available; the remaining space is taken up by the pedestal ring and shell sectors for cryostat base, stored under blue tarps, and the first segments of the lower cylinder delivered recently (in red).


Currently, technicians in the Cryostat Workshop are finalizing tier one of the cryostat base and installing a second assembly frame for the lower cylinder. 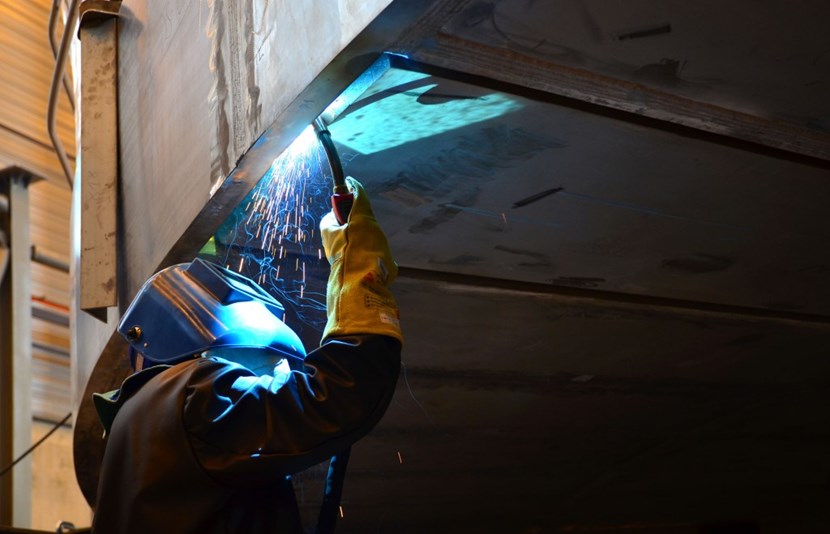 Additional welding is being performed on the 18 bottom plates that will eventually ''close'' the base section. Each of the six ''pie-shaped'' segments of the base has three bottom plates.
The six 50-tonne segments that form the main part of the base section are now welded; the welds have been carefully checked by radiography and helium leak testing techniques.


There is, however, additional welding to be performed on the 18 bottom plates (3 per segment) that will eventually "close" the base section. The operation, shown in the photo above, should be completed in the coming weeks. 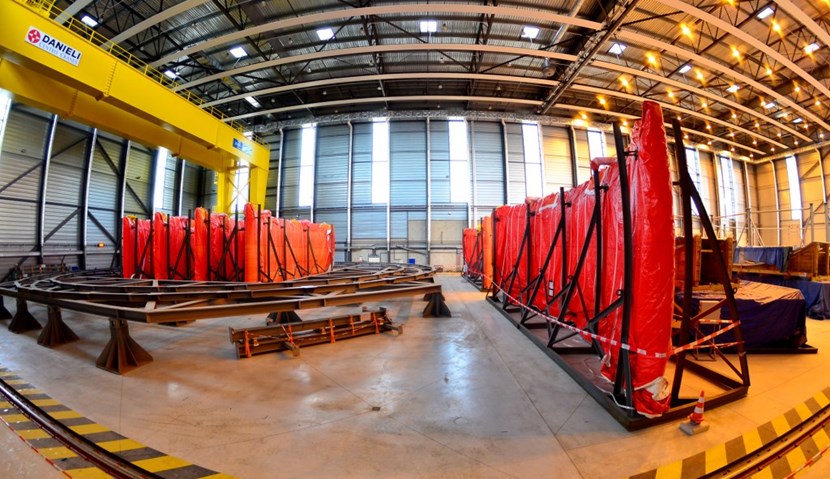 
Both the base section and the lower cylinder should be finalized by the second quarter of 2018.


While the base section will remain inside the Cryostat Workshop, the lower cylinder will be stored in a dedicated area adjacent to the building. The 490-tonne component will be encased in an airtight cocoon with a regulated atmosphere.


The space freed in the Cryostat Workshop will then be devoted to the assembly and welding of the upper cylinder.


The elements of ITER's giant "thermos" will be installed according to the assembly sequences planned for the machine. The cryostat base section—at 1,250 tonnes—will be the single largest lift of the machine assembly phase.