Share Tweet
Cryostat lower cylinder: readied for welding
It is one thing to know that the cryostat will be 30 metres high and 30 metres in diameter; it is another to see these dimensions translated into reality. 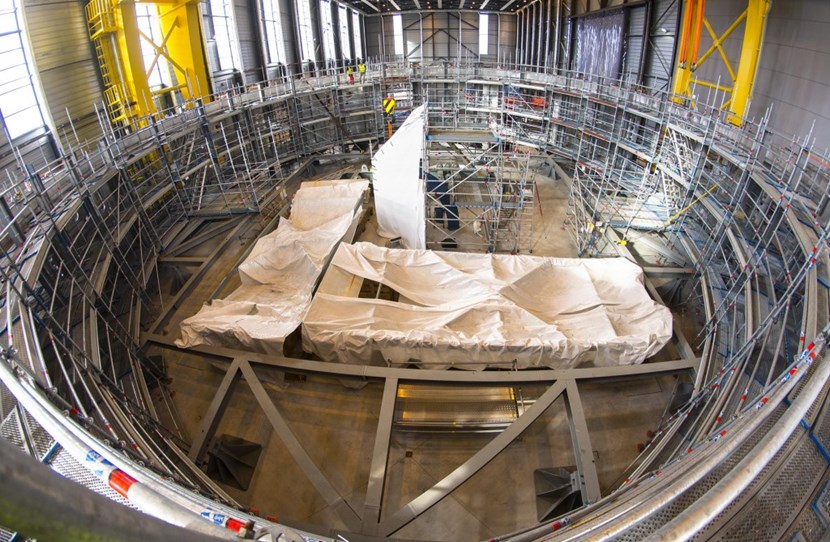 
And imagine how it will feel when tier two is added, effectively doubling the height. The whole section will be more than 10 metres high and the workers will appear even smaller.


The six 60-degree segments, each weighing approximately 40 tonnes, are now precisely positioned, but their alignment must be fine-tuned before welding operations can begin. 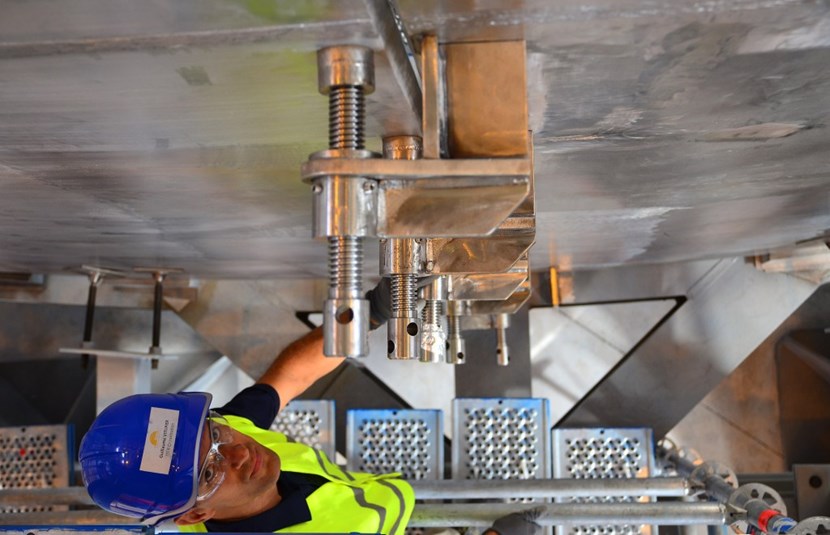 In order to reach the required precision in positioning the sectors, the most sophisticated technologies alternate with the most basic tools. ITER cryostat engineer Guillaume Vitupier is seen here next to the manual screw jacks used to fine-tune the segments' alignment.
As is often the case with ITER components, the techniques involved alternate between the most sophisticated technologies (like laser tracking) and the most basic tools — manual screw jacks, chain slings and winches that will be used to correct the segment profiles and achieve the required sub-millimetre precision.


Once the long and complex alignment operations are finalized, welding will begin. The six 5-metre-high weld gaps between the segments will be filled and tier one of the cryostat lower cylinder will be complete.


Similar operations will be performed on tier two, whose six sectors are due to leave India in mid-September.


Once the lower cylinder segment is complete (tier one and tier two), it will be encased in an airtight cocoon and, pending assembly, stored in a dedicated area adjacent to the Cryostat Workshop.