Share Tweet
Fusion machines | The second-hand market
Whatever their size, fusion devices are fine pieces of technology that are complex to design and expensive to build. As research progresses and experimental programs unfold, however, scientific institutions routinely feel the need for machines with additional capacities, up-to-date equipment or exotic features. When an upgrade is not possible the "old" device appears on an unofficial "second-hand market," more often donated than sold—just like one might give away a perfectly functional but not-quite-cutting-edge computer to a nephew, a neighbour or a local association. 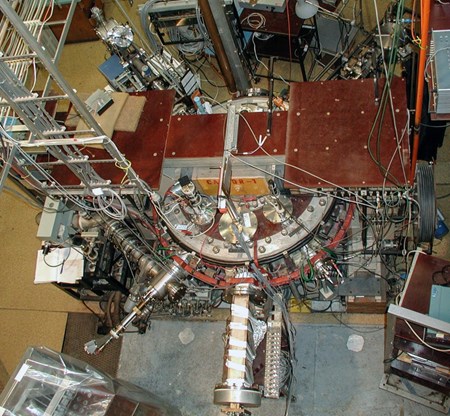 The grandfather of all tokamaks: originally an upgrade of the Russian TM-1 that operated at the Kurchatov between 1963 and 1968, it now serves educational purposes at the Czech Technical University (CTU) in Prague under the name GOLEM.
Russia, which built and upgraded tokamaks at a very fast pace throughout the 1970s and 1980s, has been one of the most generous contributors to this second-hand market.


In 1975, the Kurchatov Institute decommissioned an upgrade of TM-1—a machine that belonged to the early series of small tokamaks developed in the 1960s—and had it shipped to the Czech Academy of Science where it operated for some 30 years under the name CASTOR. (This grandfather of all tokamaks now serves educational purposes as GOLEM).


The LIBTOR tokamak, installed since 1982 at Libya's Tajoura Nuclear Research Centre, is the rechristened TM4-4 machine, which operated at the Kurchatov Institute from 1969 to 1973. Components from another Russian machine—the larger T-7 (1979-1985) and the first to be equipped with superconducting toroidal field coils— have been reused in China's HT-7.


A lesser known Russian machine, TVD, was handed over to Iran in 1994 where, in conformity with the long-standing tradition of giving fusion projects the name of mountains¹, it became Damavand, Iran's highest peak and a significant feature in Persian mythology.


Giving away second -and fusion devices is a way of planting the seeds of fusion research in aspiring countries. Portugal for instance, has been operating a small tokamak named ISTTOK since 1990 that is based on a machine that began its career in 1974 at the Dutch institute FOM (now DIFFER) under the name TORTUR (!). 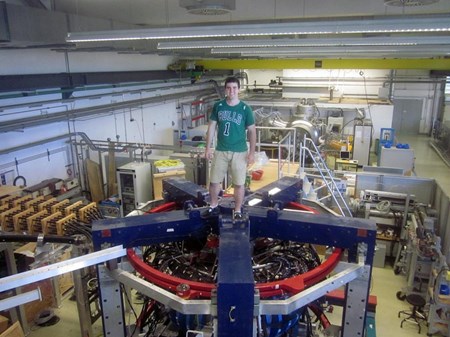 
As they progress in their research, former "receivers" often become "givers." China for instance, after benefitting from Russian components for HT-7 and German components (from the original ASDEX) for HL-2A,  gave away HT-6B (1982-1992) to Iran, now installed as IR-T1 at Azad University in Tehran.


Nick Balshaw from the United Kingdom Atomic Energy Agency (UKAEA) tracks down "all the world's tokamaks" as a hobby. He has listed more than a dozen machines (including stellarators) that have changed hands in their lifetime—and not just once.


Take the present HIDRA (Hybrid Illinois Device for Research and Applications), which was transferred in 2014 from the Max Planck Institute of Plasma Physics (IPP) in Greifswald, Germany, to the University of Illinois in Urbana-Champaign.


The device, which was described by Physics Today as "a tokamak and stellarator rolled into one," had seen the light of day 40 years earlier in Grenoble, France, as a joint German-French-Belgian project under the name "Wendelstein Experiment in Grenoble for the Application of Radio Frequency Heating"—WEGA, in short. 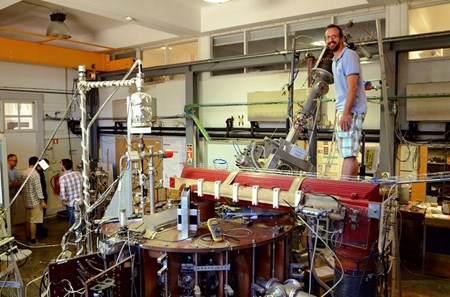 Another fusion student stands happily on a tokamak: the Portuguese ISTTOK is the former TORTUR from the Dutch institute FOM (now DIFFER).
WEGA operated in Grenoble for about 10 years, was transferred in 1984 to the University of Stuttgart, Germany, and resumed operation at IPP in 2001—still under the WEGA acronym, but with the "G" now standing for Greifswald and not Grenoble and the final "A" for Ausbildung ("training") in German.


By the end of 2013, as the latest incarnation of the Wendelstein project (Wendelstein 7-X) was nearing completion, WEGA was shut down and eventually sailed across the Atlantic. In sum, in over more than 40 years of existence the device has operated under four different roofs on two continents.


In the second-hand market, fusion devices are handed over free of charge (except for transportation costs, which are generally paid by the receiver). There is however one example of a "for sale" tag attached to a tokamak—and a hefty one at that. 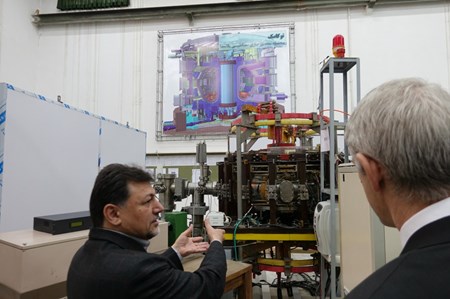 How small the early tokamaks were! This is IR-T1, in operation since 1994 at Azad University in Tehran. The device is the former Chinese HT-6B (1982-1992).
Canada entered fusion research in the late 1970s, and by 1986 the Canadian Centre for Fusion Magnetics (CCFM) operated an experimental tokamak in the Varennes suburb of Montreal. This medium-sized machine, named Tokamak de Varennes, specialized in the study of plasma-wall interactions, and for more than one decade formed the kernel of CCFM activity.


Unfortunately, by 1997 the project had to be folded for lack of funding. CCFM was left with a perfectly operational machine on its hands, potentially worth millions of dollars, and it was ready to sell. Among the potential buyers was Iran, whose ambitious fusion research program had to rely on outdated machines.


The Iranian offer was in the range of USD 50 to 90 million (depending on the sources). It would have been enthusiastically accepted if the diplomatic context had been different: Iran was at the time under US-imposed sanctions and even in Canadian government circles, there was reluctance to realize the transaction.


The solution to the dilemma came from General Atomics: in order to upgrade its DIII-D tokamak, the company needed powerful gyrotrons ... of the kind, precisely, that equipped the Tokamak de Varennes.


Amputating one of the heating systems from the machine considerably reduced its operational value and, as expected, Iran pulled out of the deal. 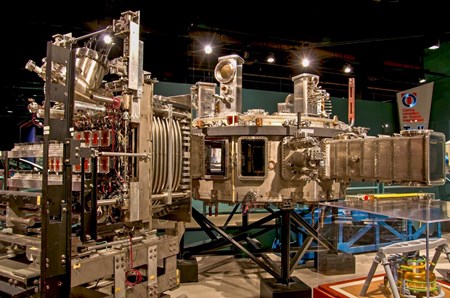 
¹ The tradition of giving the name of a mountain to a fusion research project originates with "Matterhorn", the secret program conducted at Princeton University in the 1950s. The choice reflected Lyman Spitzer's passion for mountaineering and called on the parallel between the difficulties of reaching the summit of a high peak and those of harnessing fusion energy. Several fusion projects have since been christened with mountain names—Wendelstein among them.