Share Tweet
Neutral beam test facility | First ITER test bed enters operation
For all those who had contributed to designing and building the world's largest negative ion source, it was a deeply symbolic moment. ITER Director-General Bernard Bigot pressed down, and sent into motion a chain of signals that resulted in the appearance of a brief plasma on the screen. 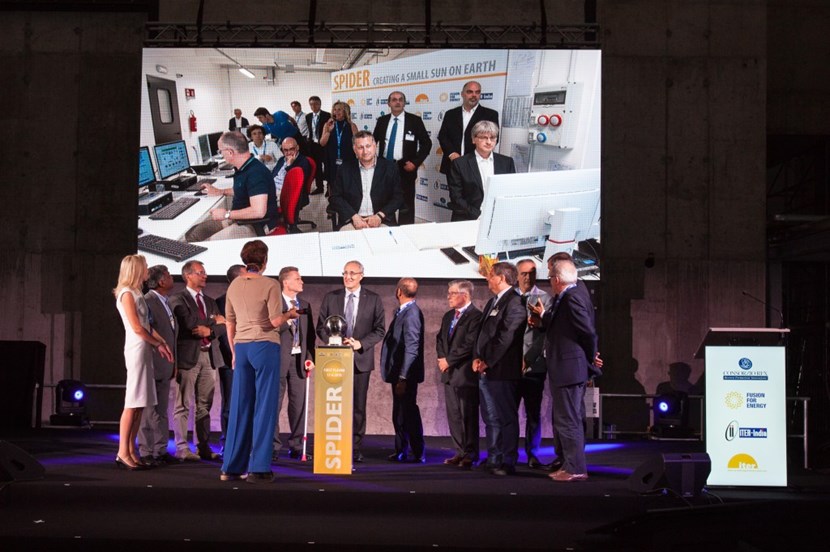 ITER Director-General Bernard Bigot did the honours of switching on the world's largest negative ion source, while the audience could track the event on the screen. In the coming months, the team will begin extracting negative ions.
The negative ion source SPIDER was officially launched at the Consorzio RFX facility in Padua, Italy, in the early afternoon of 11 June. "Where else but here in Padua would we want to celebrate such a technological breakthrough," wondered the ITER Director-General in his address. "Padua—home to such scientific figures as Nicolaus Copernicus and Galileo Galilei who, I'm sure we all agree, changed the cultural and scientific history of humanity.  Fusion energy, too, has the potential to change the course of mankind, and ITER will pave the way."


The main hall of the PRIMA Neutral Beam Test Facility had been cleared and turned into a staged theatre to welcome the 300 guests that had made their way to participate in the event. As the guests took their seats, the machine's vacuum pumps made a steady "breathing noise" behind the thick concrete wall that hid the SPIDER equipment, a long-term vision now come to life. 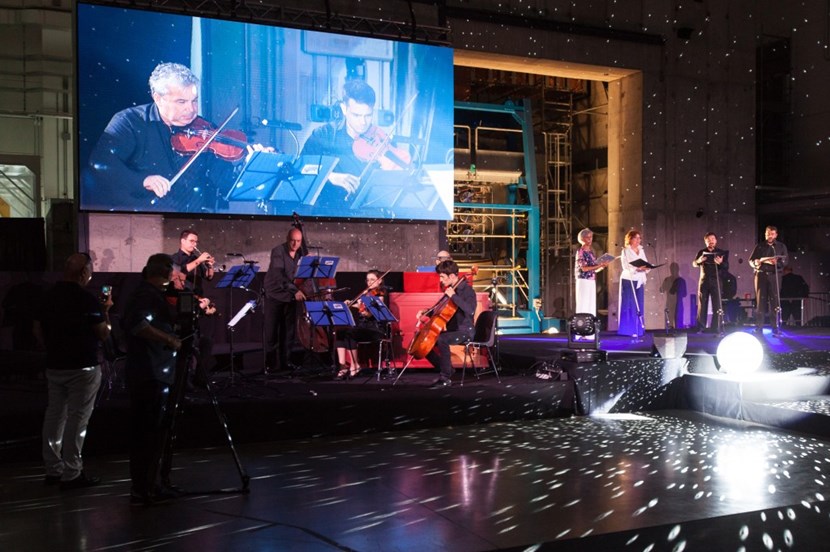 Following the official inauguration of the SPIDER neutral beam test bed, 300 guests were treated to an entertainment program.
The importance of the event for the ITER Project, for science in general, and for the host region could be measured by the line-up of speakers: Francesco Gnesotto, the president of Consorzio RFX, was followed in short succession by the mayor of Padua, Sergio Giordani; European MEP Flavio Zanonato; Carles Dedeu i Fontcuberta from the European Commision; Salvatore La Rosa from the Italian Ministry for Education, University and Research; and representatives of the ITER Organization and the European and Indian Domestic Agencies.


Finally the technical team in the control room, assembled around Consorzio RFX Director Piergiorgio Sonato, connected in to the event by video conference. Sonato explained what the audience would be seeing—a short plasma-generating experiment that would be evidenced by a flash of light on the screen. Next month, he explained, this type of experiment will be run for longer periods to begin extracting negative ions. The countdown started, the button was pressed and—a few seconds later—the experiment was confirmed as a success. 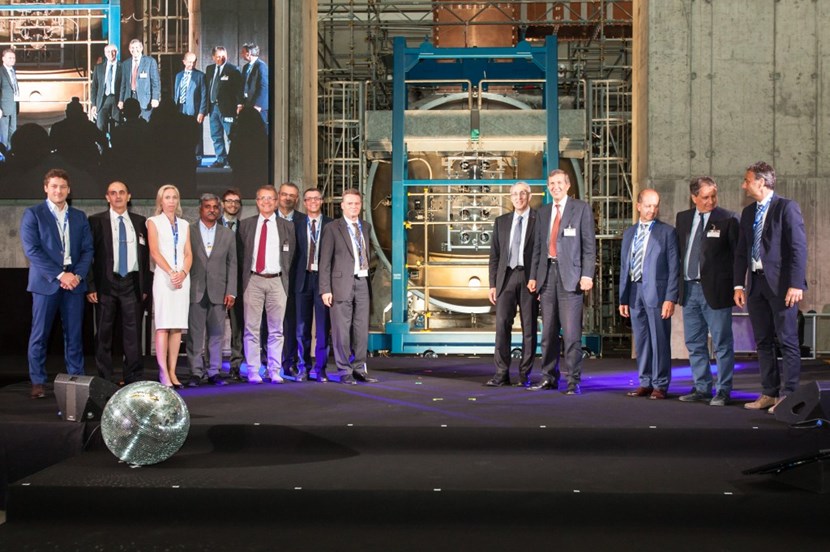 After the short plasma, the concrete wall was rolled back to reveal the equipment. Experiments on SPIDER will demonstrate all relevant ITER negative ion source requirements, preparing the way for the operation of a full injector prototype (MITICA) and finally the installation of the neutral beam system on ITER.
As the music of Vivaldi played in the background, a thick concrete door opened to review the SPIDER vessel and beam source. When the microphone was handed around, pride in the first-of-kind technological achievement—as well as in the success of the international collaboration that made it possible—was tangible.


"I am really proud to see this achievement," said the ITER Director-General. "As you know we are committed to deliver, and the most important for us is to keep the trust of all the stakeholders. When we complete something on time, according to specification and schedule, it is the best possible outcome."


SPIDER is one of two test beds planned on the ITER Neutral Beam Test Facility in Padua. All contributions are voluntary (i.e., outside the scope of in-kind contributions to the ITER Project): Italy and Consorzio RFX have provided the facility and a large contribution towards the personnel; the European Domestic Agency has financed and procured most of the components, building on the expertise of European industry and research organizations; the Indian Domestic Agency has contributed the calorimeter and the acceleration grid power supply; and the ITER Organization is responsible for the design and oversight.


See this webpage for full information on the experiments planned at PRIMA.
View a video prepared for the inauguration in this week's Newsline, or click here. A brochure on SPIDER can also be downloaded here.