Lions and mammoths and cave bears—oh my!

Share Tweet
Conference | Lions and mammoths and cave bears—oh my!
Separated by less than 200 kilometres in space—but by 36,000 years in time—the ITER Tokamak and the Chauvet Cave may seem to have little in common. But to science journalist Pedro Lima, there is a close similarity: each represents the apex of human imagination, ingenuity, and technology advancement at a given point in civilization. Last week, Mr. Lima came to ITER to speak about his work. 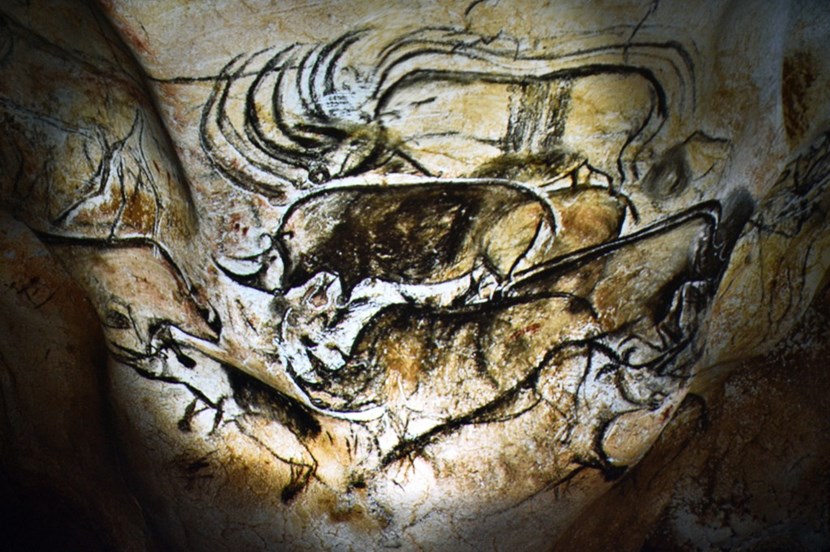 The astounding artistic perfection of the animal paintings in the Chauvet Cave are evidence of a giant leap forward in human creativity and culture at that time.
The Chauvet Cave—discovered in 1994 and named after one of its discoverers, Jean-Marie Chauvet—is located near the village Vallon-Pont-d'Arc to the northwest of ITER. Situated on a limestone cliff above the river in the Gorges de l'Ardèche, the 400-meter-long cave contains some of the best-preserved figurative cave paintings in the world.


Packs of lions, countless mammoths and woolly rhinoceroses, bears and herds of horses filled the screen in Mr. Lima's presentation. The Chauvet Cave features hundreds of paintings in red ochre, black charcoal or white scratchings, depicting 13 different animal species with such astounding artistic perfection that they seem to come to life. Scientists have identified an impressive array of techniques including drawing, blowing, brushing, engraving, finger tracing and stomping, some of which are rarely found in other cave art.


"According to prehistorians," Mr. Lima says, "homo sapiens went through an explosion of innovation about forty thousand years ago. It is shown in both art and technology." As his presentation showed, the cave artists had perfected the use of perspective and three-dimensional representation. In one scene a bison has eight legs; in another, a rhinoceros has multiple parallel horns; this was a way of adding drama, by showing the animal in motion.


The significance of the cave for the early artists and their Aurignacian culture is still a point of debate among scientists. The animals portrayed on the cave walls, which also include aurochs, panthers, bears, bison and hyenas, were clearly held in special regard. They were not human prey: for the hunters and gatherers who frequented this place, the normal diet was reindeer, and there are no reindeer drawings. These and other aspects of the drawings have led researchers to believe that the cave may have served a spiritual purpose.


To bring this remarkable gallery to a 21st century audience required a mixture of luck and advanced technology. The remarkable state of the paintings is due, in part, to a collapse of the cliff that sealed off the cave entrance from intruders more than 20,000 years ago. After its modern discovery, the cave was  immediately closed to the public by the French government. Advanced 3D mapping techniques—using software similar to that used in the construction and design of ITER—a full-sized replica of the Chauvet Cave was built and opened to the public in 2015. More than 500,000 tourists visit every year to experience the awe of connecting with their long-lost ancestors.


Pedro Lima was fortunate enough to tour the original cave four years ago, and to work closely with the scientists, prehistorians and artists associated with the cave project. For him, the parallels with ITER are obvious. "The Chauvet Cave paintings symbolize a giant leap forward in human culture and creativity," said Lima. "The same is true for ITER. Once completed, it will provide the basis for a similarly significant leap forward for humanity."