What will the blanket teach us?

Share Tweet
Towards DEMO | What will the blanket teach us?
We often hear about the scientific ideas ITER is designed to confirm, but the project also has an important role as a technology demonstrator. The blanket is a perfect example: its design, fabrication and operation will provide important information for the next-step fusion reactor, DEMO. The leader of the ITER Blanket Section, René Raffray, explains. 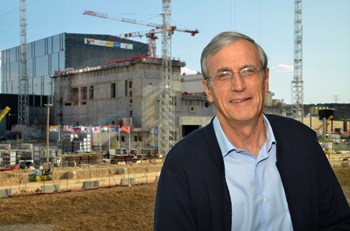 René Raffray, ITER Blanket Section Leader
What is the role of the blanket in a fusion device?


ITER will maintain temperatures of about 150 million degrees in the plasma and about 4 Kelvin (-269 °C) in the superconducting coils used to provide the magnetic confinement and control of the plasma. The two are separated by a distance of a few metres. This is an incredible situation. Unless there's an advanced civilization somewhere else, it's hard to imagine such a temperature gradient occurring anywhere else in the universe.


So right in the middle of one of the hottest places in the universe and one of the coldest places in the universe is our blanket, which surrounds the plasma. The blanket protects the rest of the reactor by absorbing most of the radiative and particle heat fluxes from the hot plasma, as well as by stopping or slowing down most of the neutrons that result from the fusion reactions. In this way, the blanket reduces the heat and neutron loads in the vacuum vessel and ex-vessel components—in particular the cryogenic superconducting coils.


In addition to these shielding functions, the blanket also provides a few plasma-specific functions. The plasma-facing surface has been designed to limit the influx of impurities in the plasma through erosion. Impurities can drain a lot of energy from the core of the plasma through radiation, which would cool down and, ultimately, quench the plasma. 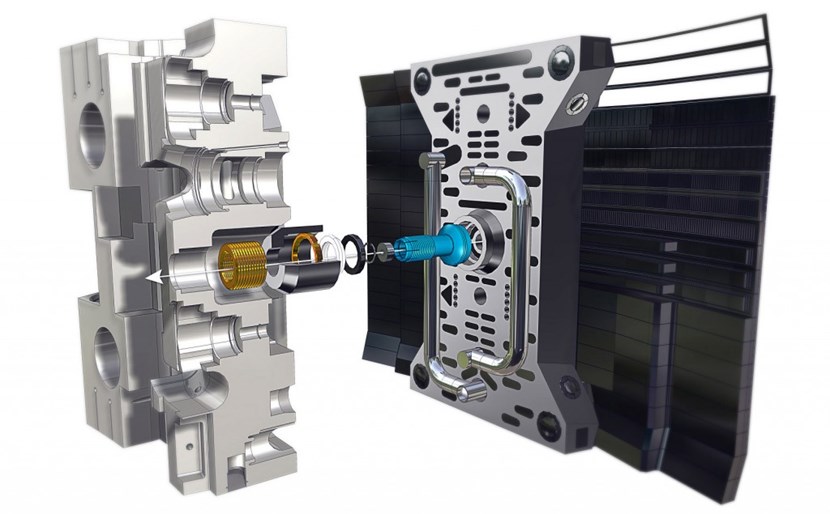 From the first-of-a-kind ITER blanket will come a wealth of important information for the design of DEMO, the next-stage fusion device. (Pictured, details of the bolted connection between the shield block (left) and the first wall panel.)
The plasma-facing surface also serves as a plasma boundary during start up and shutdown. For example, through plasma heating and magnetic control a circular plasma will start on the inboard "first wall" of the blanket and will then grow and detach from the first wall to adopt within about 10 to 20 seconds the typical elliptical shape of divertor mode operation.


Due to the high heat deposition expected during plasma operation, ITER will be the first fusion device with an actively cooled blanket, with pressurized water circulating inside the blanket modules.


What were the challenges in designing ITER's first-of-a-kind fusion blanket?


The blanket will face high heat fluxes and large electromagnetic loads. In addition, the fact that it interfaces with so many other systems has made its design very challenging. We had to accommodate a number of interface requirements—and sometimes those requirements conflict with one another. For example, because the blanket needs to provide neutron shielding, gaps and cutouts should be avoided or minimized to prevent neutron streaming. At the same time, interfacing systems such as diagnostics require cutouts in the blanket, and their design is facilitated when the gaps and cutouts are larger. 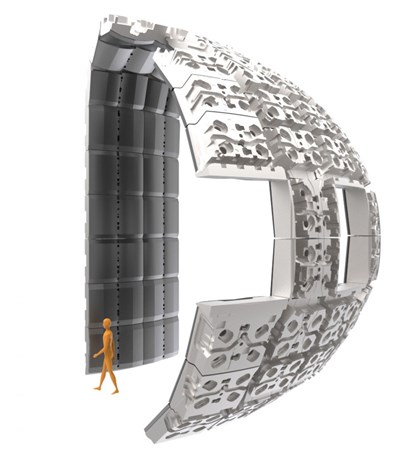 
The first wall faces the plasma and is designed to withstand close to 5 MW/m² (about 10 times higher than the heat fluxes on the space shuttle carbon tiles during re-entry). The first wall panel is attached to the shield block through a central bolt and a system of pads, and is designed for replacement by remote handling. Tiles made of beryllium are used as plasma-facing armor due to its low atomic number and relatively benign impurity effect on the plasma.


Today, blanket shield blocks are in series fabrication in China and South Korea; key technologies for the plasma-facing first wall are in the qualification phase in Europe, Russia and China; Russia is qualifying blanket connectors (flexible supports, key pads, electrical straps); Europe is procuring the blanket manifolds (bundled cooling pipes); and Japan is advancing the design of the blanket remote handling system.


The very fact of designing, fabricating and operating such a unique blanket will provide valuable information on manufacturing feasibility, qualification and test procedures, installation, and repair or replacement.
How will the next-stage blanket be different?


Similar functions are expected from a DEMO or power plant blanket but there will also be two major new requirements: tritium breeding, and the efficient removal of deposited energy for electricity generation. 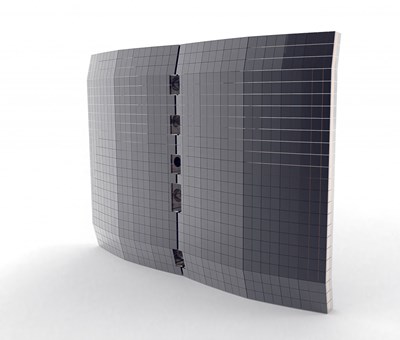 During operation, the behaviour of the ITER blanket in the face of high heat fluxes and large electromagnetic loads will help provide key information to DEMO designers on material behaviour during normal and off-normal conditions (including erosion) and first wall shaping and alignment. (Pictured, a close-up view of a first wall panel showing the beryllium tiles that will directly face the plasma.)
In the ITER machine, hydrogen isotopes deuterium and tritium will fuse to create a helium nucleus and a neutron, releasing a lot of energy in the process. Deuterium is readily available from seawater, but tritium is rare. ITER will procure the tritium fuel necessary for its operational lifetime from the limited global inventory, but for DEMO and the machines that follow, the successful development of tritium breeding within the blanket is essential. This is achieved by introducing lithium in the blanket, which will react with the neutrons from the fusion reaction to produce tritium. (A neutron multiplier such as beryllium is also used in the blanket to increase the number of neutrons available for such a reaction.) ITER will offer a unique opportunity to test mockups of tritium-breeding blankets (called test blanket modules) in a real fusion environment, and provide valuable information on local tritium breeding. Not only will this information boost the confidence that tritium self-sufficiency can be achieved in later-stage devices, but it will also provide a basis from which one can extrapolate to design DEMO or power plant blankets.


A second major difference is that the ITER blanket won't be relied on to efficiently remove deposited power for electricity generation. Instead, the power produced will be captured by cooling water at low temperature (70 °C at inlet)—and not be used for electrical power production. In DEMO and beyond, the power carried by the coolant will be transferred to a power cycle fluid (water/steam for a Rankine cycle, or helium for a Brayton cycle) through a heat exchanger, and a high-temperature coolant will be required for economically acceptable power cycle efficiency. For this reason, ITER's test blanket modules will be tested with their own independent cooling systems using either helium-coolant at 500 °C or water-coolant at pressurized water reactor conditions.


ITER will also operate with a choice of blanket materials that is not fully applicable to DEMO, where the neutron fluence (a measure of the total number of fusion neutrons per unit area over the component lifetime) is expected to be about 30 times higher. For instance, higher fluences would swell the austenitic steel 316 chosen for ITER, affecting its structural integrity. A different structural material will be required to operate at these higher temperatures and neutron fluences. At the same time, the aim is to minimize the associated radioactive waste of the structure at its end of life by successfully developing and utilizing low-activation structural materials with much shorter decay half-lives (about 100 years or less). Prime candidates are the newly developed reduced-activation ferritic/martensitc (RAFM) steels that are planned for use in the test blanket module structures.


What will we learn from the ITER blanket that has relevance for DEMO and beyond?


I would look at this question from a broader perspective.


The overall programmatic objective of ITER is to demonstrate the scientific and technological feasibility of fusion energy. While the physics side of this objective tends to be well appreciated, less emphasis is put on the equally important goal of demonstrating the availability, integration and testing of technologies essential for a fusion reactor. In addition to the key physics information, we expect a wide range of DEMO-relevant technology information out of ITER.


This is clear for the vacuum vessel and most ex-vessel components and systems, such as the superconducting coils, the cryogenic system, the tritium system, diagnostics systems and the cooling system.  For the in-vessel components, in addition to key tritium breeding blanket information to be obtained from the ITER test blanket module program, the following important information will be obtained in a range of technology areas in particular for the blanket and divertor.