Share Tweet
Gravity supports | More than just pedestals
In the ITER Tokamak, components with the simplest of missions—like supporting a very heavy load—are pieces of highly sophisticated technology. Take the gravity supports situated under each toroidal field coil. In essence, they are just pedestals. But as they will be supporting 10,000 tonnes of superconducting magnets at cryogenic temperature—and as that mass will be exposed to intense electromagnetic forces in the course of operation (not to mention seismic loads if they occur)—the 18 gravity supports cannot just be massive and sturdy. They need to be much more than that. 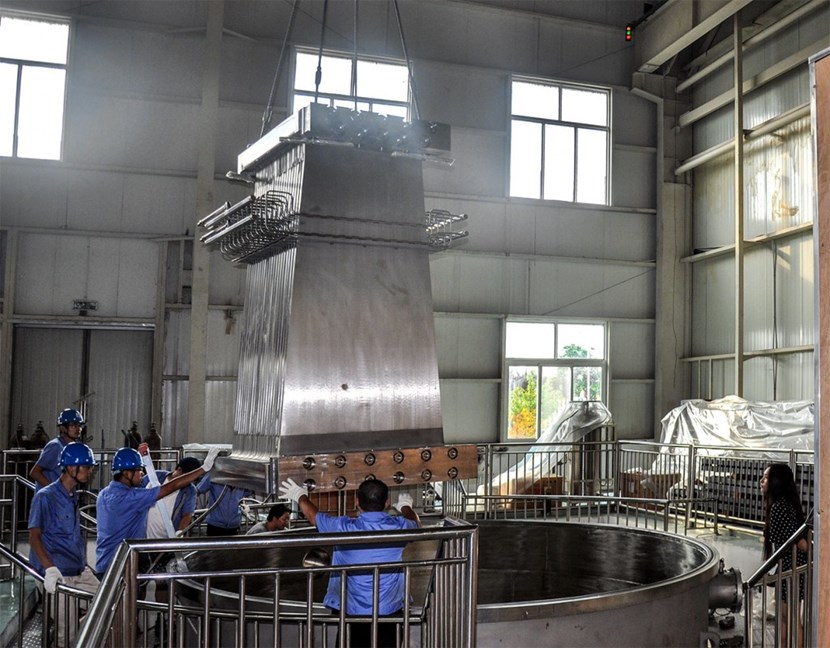 Before shipment, the toroidal field gravity supports were tested for leak tightness in a vacuum chamber in China.
Designers and engineers at the ITER Organization, at the Chinese Domestic Agency (responsible for the procurement), and at the Southwestern Institute of Physics, SWIP (tasked with manufacturing the 20-tonne components) faced a major challenge that required many years of prototyping, load analysis and qualification testing.


In order to support the dead weight of the magnetic system*, the gravity supports needed to be extremely strong. But they also needed to be relatively elastic to absorb the loads generated by the machine's wobbling during operations and the possible accelerations generated by a seismic event.


After a lot of design optimization, the potential for flexibility was achieved by creating a structure made of ITER-grade stainless steel plates, arranged vertically and strongly bolted together at the top and bottom of the component to assure structural integrity. Each gravity support is made of twenty-one 30-millimetre-thick plates.


The challenge however was not about structure only. The design of the gravity supports had to take into account the huge difference in temperature between the top of the component, where it interfaces with the toroidal field coil operating at 4K (minus 269 °C), and the bottom that rests on the ring pedestal of the cryostat base at approximately room temperature.
At the foot of the 2.65-metre-tall component it will be like mild winter morning in Provence; at the top it will be colder than night-time on Pluto ...


This temperature gradient across the component has two main consequences. One is that "heat" from the cryostat base, if not intercepted, could raise the temperature of the coil winding packs through conduction. Also, if not smoothly distributed throughout the component, the 290 °C difference between head and toe would influence its flexibility.


Protruding from the upper part of the component, a set of pipes and manifolds forms the visible part of a gaseous helium cooling circuit that acts as a thermal buffer to intercept the "heat load" coming from the cryostat base and heading to the magnets. Circulating in two parallel sets of welded pipes for redundancy, the 80 K (minus 193 °C) gaseous flux also cools the component's plates, thus smoothing the temperature gradient of the component. 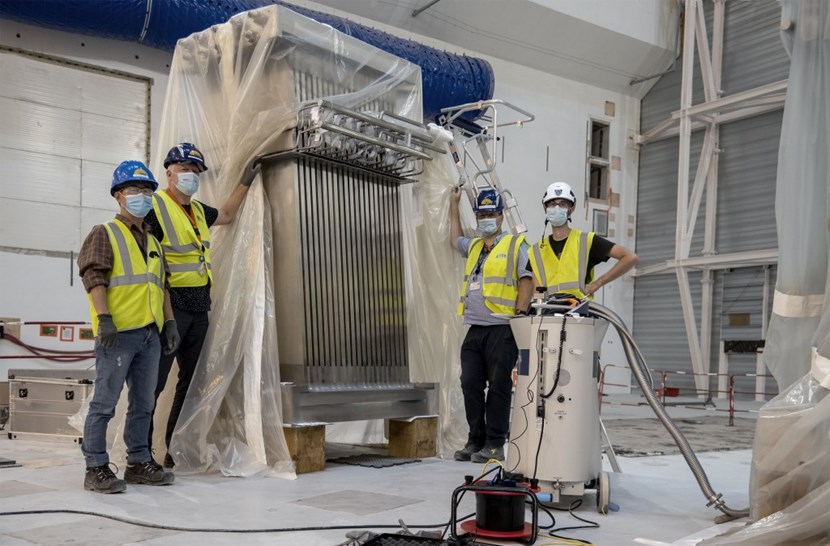 
Another eight have left their manufacturing site at SWIP's contractor Guizhou Aerospace Xinli Casting & Forging Co., Ltd. (HTXL), in southwest China, and are on their way to France, to be followed early next year by the last set of eight.


In the assembly pit at ITER, final preparations are underway for the installation of the first two gravity supports on the cryostat base; each one will be secured with 26 bolts (60- to 85-millimetres thick). When the full set of 18 is in place, forming a perfect circle, the comparison that is often made between the diameter of the cryostat and that of the Stonehenge stone circle will be more pertinent than ever.


* ITER's 18 interlinked toroidal field coils provide the superstructure that anchors the entire superconducting magnet system, including six poloidal field coils, the central solenoid and an array of correction coils. From their position at the bottom of the machine, the toroidal field coil gravity supports will be confronted with about 10,000 tonnes of magnet dead weight—or 580 tonnes per support.