Penthouse founder had invested his fortune in fusion 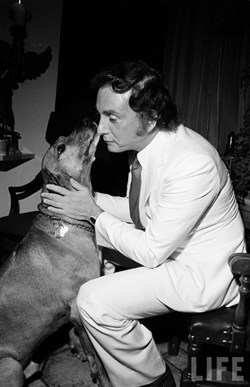 Bob Guccione (here pictured in ''Life Magazine'' in 1983) was probably the world's biggest and most committed private investor in fusion technology. It is estimated that he sank some 10% of his immense fortune in support of the ''compact tokamak'' project.
Bob Guccione, who founded the magazine Penthouse in 1965, died last Wednesday at the age of 79—and you may wonder why this information is being published in Newsline ...


As media all over the world published his obituary, most forgot to mention that Guccione was probably the world's biggest and most committed private investor in fusion technology. It is estimated that the Penthouse magazine founder sank close to $20 million of his own money—and we're talking about 1980 dollars—in support of a "compact tokamak" project, a relatively cheap, disposable, miniature fusion device.


Guccione's interest for the project was triggered by Robert Bussard (1928-2007), a fusion scientist and former executive at the US Department of Energy who had been a key player in the development of fusion research in the US.


Bussard claimed that the "compact tokamak" he had designed along with Italian-born physicist Bruno Coppi stood a much better chance of producing commercially viable fusion energy than the "big machines" that were being developed at Princeton and Livermore at that time.


In 1978, when he met Guccione, Bussard was already embittered by years of battling with the Department of Energy to impose his project. The media tycoon's offer to back his research came as a blessing; a joint venture was established and, for six years, Guccione's money was to feed research into the tokamak project—the so-called Riggatron in reference to the Washington Riggs Bank who was also a partner in the project. 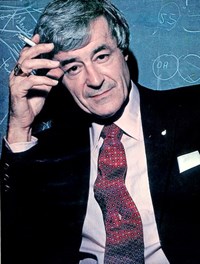 Robert Bussard (1928-2007), a fusion scientist and former executive at the US DOE designed the ''compact tokamak'' along with Italian-born physicist Bruno Coppi.
Guccione and Riggs' money however was not enough to keep the Riggatron project afloat. By 1984, writes author Robin Herman in her book The search for endless energy, "Bussard's dream and Guccione's gamble were crushed [...] Only national governments possessed the resources and the freedom to invest in research projects at such a basic stage and with such expensive tools."


As Guccione went back to his "Pet of the Month," Bussard to new fusion projects like the IEC Polywell, and Coppi to the MIT Department of Physics, the Riggatron was soon forgotten and became a mere footnote in the history of fusion research.


That is ... until the month of May 2010, when Italy and Russia signed a "memorandum of understanding" to cooperate in the construction of a fusion device named IGNITOR, a compact high-field tokamak much like the Riggatron, and another controversial brainchild of physicist Bruno Coppi.


"Guccione," Coppi said in a recent interview to the online ScienceInsider, "contributed to a line of scientific work which has proved sound."


Whatever IGNITOR's destiny, it will be a part of his unexpected legacy.